UCPH to fire renowned geologist - this is how it justifies it 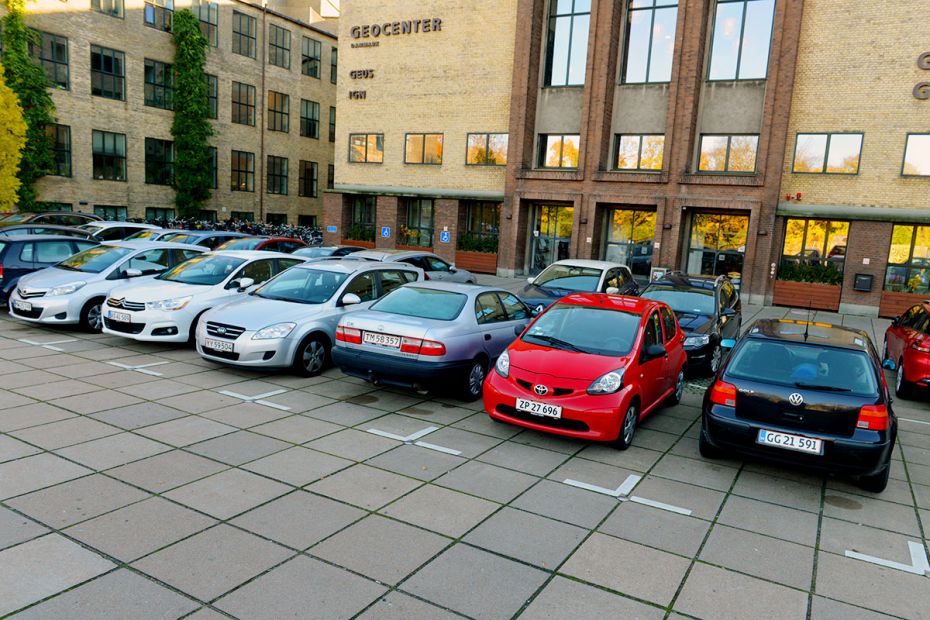 After being suspended, Professor Hans Thybo had a conversation in the parking lot outside the department with the postdoc who was the main witness. UCPH claims that Thybo put pressure on the young researcher to influence the proceedings
image: Anders Fjeldberg

Allegations of intimidation and illegal e-mails are the University of Copenhagen’s case for firing a highly recognized professor of geology. The University Post has gained access to the papers

It may sound familiar to those who follow American politics. Like Hillary Clinton, you can get into trouble if you use a private e-mail account for work-related correspondence.

Using a private Gmail address is one of the official justifications for Professor of Geology Hans Thybo being suspended from his professorship and told that he faces being fired on 5 September this year after an official meeting at UCPH. This is according to the responses from dismissal proceedings that the University Post has obtained.

The move to sack Professor Hans Thybo has created a stir in the Department of Geosciences and Natural Resource Management (IGN), as Thybo is one of the subject’s most prominent researchers.

His resume is huge and includes numerous articles and books, as well as several scientific postings outside this university.

Thybo’s resume on the University of Copenhagen’s website states that he has brought home around DKK 140 million in research funding since the beginning of his career, and his h-index (a measure of a researcher’s impact in terms of citations in scientific publications), is 42 or 48 depending on the measure used. This is a high number for a researcher.

The news of the suspension and the expected dismissal have got some of the students at IGN to gather 116 signatures in support of Hans Thybo.

Calls on postdoc to express criticism of management

Apart from the use of Gmail, the University of Copenhagen (UCPH) offers another, and more serious, reason for the dismissal of Hans Thybo. Namely that he exploited his position to pressure a young researcher in a postdoc position to respond to the UCPH workplace assessment (APV), which was in Hans Thybo’s interest. The postdoc should, according to the allegation, criticize in the APV that Thybo had been dismissed from a job as head of a research group in 2015.

From his Gmail account Thybo wrote 16 June 2016 (in English) to the young researcher’s private e-mail address:

“Please remember to fill in the questionnaire from KU [UCPH, ed. ]about work environment, and remember that you do not need to be kind to management – rather on the contrary – e.g. In relation to the firing of me as research group leader.”

Had already been given a written warning

Before the current case on pressuring an employee and using a private email account for work, Hans Thybo had for a period of time already been under critical review by IGN management.

In a process which the University Post has not been given insight into, he was 16 July 2016 given a written warning by management. In the words of the Faculty he, ‘as the responsible project manager in the DanSeis project has not respected and complied with management’s directions and instructions.”

Hans Thybo argues that the warning should be withdrawn because it is was sent by regular (non-electronic) post at a time when he was doing field work in Sweden and Norway. He only received the warning at the end of the consultation period.

To this UCPH responds that Thybo received a verbal warning 8 June and had been informed that a written warning was forthcoming. It was also strange, according to UCPH, that he complains about not having had the opportunity to respond to the first warning only after being suspended in September.

Postdoc had been critical of management at IGN

Hans Thybo rejects the reasoning behind UCPH firing him in several responses, and asks for the decision to be withdrawn.

In his first reply to the University of Copenhagen after the letter of dismissal Hans Thybo explains that he had not put pressure on the young researcher and just wanted the postdoc to write his own opinion. He had, however, “reason to believe, that the [postdoc] due to his cultural background for fear of possible sanctions, would not dare to fill out a questionnaire like this on the internet in accordance with his own opinion.”

To prove that the postdoc was critical by his own accord, Hans Thybo enclosed an e-mail from 2015 from the postdoc, which states that the decision to remove Thybo as a research group leader was wrong. The postdoc also offers, in his e-mail, to protest to department management against the decision.

As can be seen, argues Hans Thybo, the postdoc’s cultural background is important if you have to explain his actions, and here he gets support, in the form of an opinion from Professor Kim Ryholt, an Egyptologist at the Department of Cross-Cultural and Regional Studies at the University.

Ryholt writes 23 October to Thybo that Egyptians have “more faith in authorities, and are less critical towards their superiors and towards management. I’ve never heard of anonymous workplace assessment or equivalent surveys, where the opportunity is given to provide feedback regarding your workplace and management. Quite the contrary, I know of colleagues who have been firmly pushed onto dead-end projects, precisely because they were not on good terms with management. ”

According to the Faculty it is the postdoc himself who, in a conversation with the head of section at IGN Karsten Høgh Jensen 6 July 2016 – that is, about three weeks after Hans Thybo had written to him about the APV – had said that he felt ‘pressured’ and ‘uncomfortable’ with Thybo’s call on him to respond critically.

The University of Copenhagen’s HR department writes:
“The reason you are proposed dismissed, is partly that the Dean has become aware that you, in your capacity as an employee in a more senior position, via an e-mail sent from your private Gmail account, have tried to influence a research employee’s assessment of management in connection with their response to the annual workplace assessment at the University of Copenhagen. Partly also that you continue to use your personal Gmail account for work-related communications, despite the fact that you have been reminded by department head Claus Beier that you should use your work email for work-related correspondence and communications. ”

After his dismissal meeting 5 September 2016, when Hans Thybo was told that he was fired, there is a new dramatic plot twist. Thybo and his co-operating partner professor, Irina Artemieva, meet twice with the postdoc in a parking lot at IGN.

The question here is what actually takes place.

In the UCPH interpretation the postdoc says that he is subject to renewed pressure by Thybo. The management at the Faculty of Science write to Thybo two days later saying that this will be added to the other reasons for them firing him.

Thybo has, according to the UCPH version, repeated his misdemeanor by asking the postdoc to send an e-mail where he writes that he had not been invited to respond critically to the UCPH workplace assessment survey and by asking him to record a conversation, which he was to have with section head Karsten Høgh Jensen later on the same day.

But the postdoc does not record the conversation with management. He tells Hans Thybo that his phone was confiscated during the meeting. This is according to Hans Thybo’s responses, which also includes statements from two other witnesses who also heard the postdoc say so.

UCPH responds to Hans Thybo that the postdoc did indeed not record the conversation at the meeting. And that the management at IGN were informed that he would invent an explanation for the lack of audio recording to Hans Thybo.

The question is what it is that motivates the postdoc to do as he apparently did.

In the University of Copenhagen’s interpretation, the postdoc has been under pressure, and he has lied to Thybo to avoid a confrontation with a powerful researcher that could damage his future career prospects.

“In the faculty’s perception, [the postdoc] suffers under the intolerable and unacceptable pressure which he has been exposed to on your part (…) This is a young researcher whose employment, professional development, and reputation, in practice depends on you as a superior in a senior position,” the Faculty writes to Thybo.

Hans Thybo, however, writes that the process shows that the truth value of the postdoc’s statements is questionable. And that the shifting explanations to different people “indicate that his information is generally inconsistent. There is some evidence that the information he offers just corresponds to what he believes the recipient wants to hear.”

Hans Thybo also has a response to the alleged use of a private e-mail account instead of UCPH’s official system, despite several recommendations from IGN management.

According to screenshots taken by Thybo, the e-mails sent from Thybo’s regular work mail with a correct sender e-mail, have for some technical reason been forwarded from his Gmail account to recipients.

UCPH responds that the use of a private Gmail account is “reprehensible and of some importance, but that it is not the decisive factor in this case.”

The above is not a complete review of the case, but the main points, as reflected in the exchange of letters between UCPH and Hans Thybo which the University Post has seen.

Thybo is still waiting for the final decision from UCPH, but according to University Post’s information the letter with a decision on his dismissal can already have arrived Friday, 4 November.