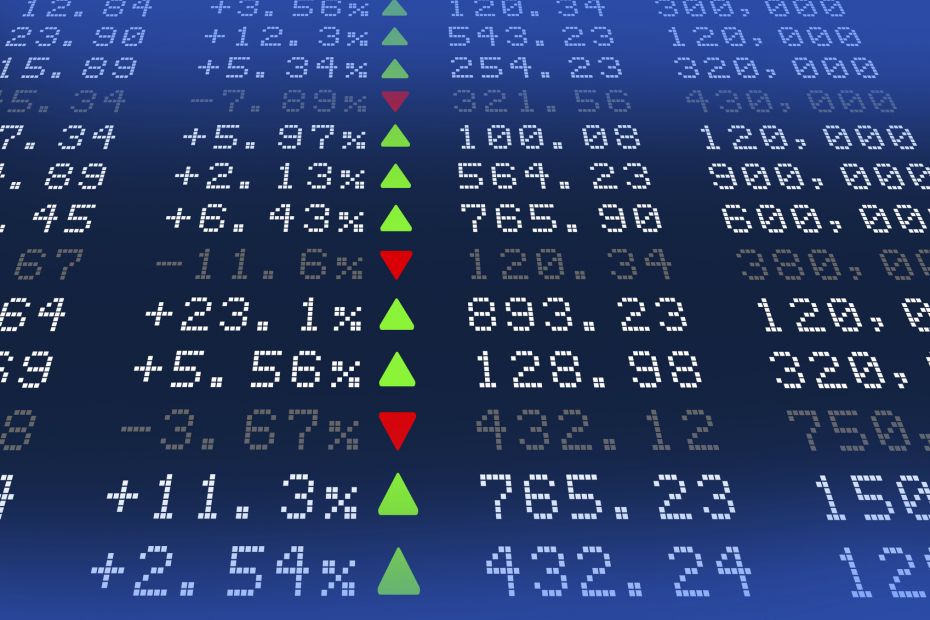 While Danish and Norwegian town councils were burned by failed investmests in stocks and currency, it does not frighten UCPH. According to Vice Director Thomas Buchvald Vind it will invest cautiously
image: istockphoto.com

The University of Copenhagen is to invest ten percent of its cash holdings in shares. An incredibly bad idea, says financial expert Finn Østrup. Evidence suggests stock prices are too high, and if interest rates rise, things can go horribly wrong

The University of Copenhagen (UCPH) is on track to becoming a large holder of shares. The University’s governing board has given management the go-ahead to invest up to 25 per cent of the university’s liquid assets in other securities rather than bonds. It will start off by placing DKK 170m in shares, equal to ten per cent of the approximately DKK 1.7 bn the university holds in cash in its bank accounts.

According to Thomas Buchvald Vind, Vice Director for Finance at UCPH, interest rates are now so low that the value of the university’s funds will be eroded if they are held in bank accounts, placed in Danish government bonds or in mortgage bonds, as they were until 2011.

“It is not speculation or high risk, but a matter of spreading risk and ensuring the continued purchasing power of the university’s funds. There is always a risk in handling money. If you store them in the mattress they will be worth less the next day. Bonds are not safe anymore either,” says Thomas Buchvald Vind.

UCPH previously achieved an annual return of DKK 20-40m that could be channeled back into research and education, but this return was down to DKK 7m in 2015.

There is always a risk in handling money. If you store them in the mattress they will be worth less the next day. Bonds are not safe anymore either,” – Thomas Buchvald Vind, Vice Director for Finance at UCPH

It can go horribly wrong

Finn Østrup, a professor in international economics at the Copenhagen Business School, considers it nevertheless to be “an extremely bad idea” for UCPH to speculate in stocks.

“It is quite wrong for public institutions to invest money in an attempt to get a higher return. A university should concentrate on providing good conditions for students and teachers,” he says.

The financial markets are characterized by uncertainty, Finn Østrup says, and there are many indications that share prices are at too high a level.

“If the shares fall sharply in value, you can lose a lot more than what you’ve got in extra returns. It can go horribly wrong if interest rates start to rise, and there is a lot that points towards this happening,” he says.

According to Finn Østrup there are many examples from home and abroad of public institutions being hit by failed investments.

In 2012 a number of Danish municipalities got a nasty surprise when the Swiss National Bank abandoned its fixed exchange rate policy against the euro. This had the Swiss Franc increasing its value by almost 20 per cent relative to the euro on one day.

“It is quite wrong for public institutions to invest money in an attempt to get a higher return. A university should concentrate on providing good conditions for its students and teachers “ -Finn Østrup, Professor of international economics at Copenhagen Business School

The municipalities had taken out loans in Swiss Francs because it was cheaper than loans in Danish kroner, but the sudden currency move had their debts increased by a total DKK 281m – from about DKK 1.5 bn to 1.8 bn at a stroke.

There are also examples from abroad, such as in Norway, where the so-called Terra scandal unfolded in 2007.

Four Norwegian municipalities had invested NOK 451m through the brokerage Terra Securities in bonds issued by the US Citibank.

When the financial crisis hit, the bonds lost 55 per cent of their value, and the municipalities had to provide security for a NOK 3.6bn debt.

The four municipalities risk losing a total NOK 900m on this venture.

Another example is from the US, where Orange County in California borrowed large sums in 1994 which they used on high risk investments. When things went wrong, the county had to declare bankruptcy with debts totalling around USD 1.5 bn.

According to Thomas Buchvald Vind, Vice Director for Finance, there are many solid cases of a cautious investment strategy based on risk diversification. It is also common practice in many municipalities and other educational institutions to spread their risks on investments, he points out.

According to the government legislative order which defines how universities can deploy their funds, UCPH can invest a maximum of 50 per cent in shares and corporate bonds and no more than 15 per cent in a single company.

“The Board’s approved mandate is therefore in keeping with legislative limits, and is in fact more cautious than the legislation will allow,” he says .

Thomas Buchvald Vind adds that they plan to use several different asset managers to minimize risk.

This does not appease Finn Østrup:

“The biggest mistake is that the government and parliament have allowed this,” he says.

He suggests that the government intervenes and sets up a joint investment bank, where public institutions’ investments can be held in common.

Does not reject ‘non-green’ investments

At the Board meeting on 8 December last year, university management requested the selection of a green investment portfolio.

According to Thomas Buchvald Vind, the Board decided that ethical considerations should be taken into account, which in practice means that there will be no investment in weapons, tobacco and gaming, and that they will follow UN guidelines.

The members of the Board however, have not so far rejected the purchase of shares in coal, oil and gas companies.

“We need to develop a financial strategy in the autumn, and in this respect I predict a new discussion in the UCPH management and probably also in the Board. We need to become clearer about where we will invest our money,” he says.

Ethics need to be watertight

The UCPH plans to buy shares are of concern to the left wing Unity List party’s education and research spokeswoman Eva Flyvholm.

She worries about what will happen to the quality of education if UCPH loses money on its investments.

“It is a problem that this structure dictates that universities should be driven more and more like businesses. It would be far better if the university could concentrate on education and research instead spending its energy on speculating in stocks,” she says.

In any case, it is important for us in the Unity List, that public institutions like UCPH maintain a watertight ethical code that focusses on human rights, labour rights and the environment.

“So no. We certainly do not think that it is okay to invest in the coal, oil and gas industry,” says Eva Flyvholm.

Politicians should stay out

Ida Auken, education and research spokeswoman for the Social Liberal Party, thinks that politicians should stay out of the issue.

“We Social Liberals would prefer that universities have more freedom to manage their finances and administration. I have trust in the UCPH management that they can take care of it in a sensible way. If we do not believe that they can administer the money that we give them, we have a bigger problem than that they will invest in stocks. You can think whatever you want as an individual, but we must trust the management teams that have been selected,” she says.

As to what will happen if UCPH ends up losing money, Ida Auken will not take a position one way or the other:

“This is a hypothetical question, so let’s take it if the need arises”.