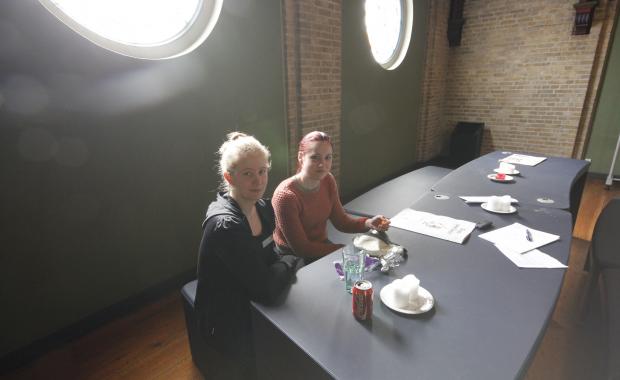 Court battle over wages goes in students favour. A few months later they are all fired. No connection says the University of Copenhagen.

Last December a long running court case against the University of Copenhagen by student union SUL ended in the unions favour. For years the student counsellors were paid at the universities lowest rate of 117 DK despite doing professional work.

To avoid further legal costs UCPH accepted a settlement including backdated payments. As a result UCPH paid 750,000 DK in back-payments and were now required to pay counsellors the higher wage level of 179 DK per hour

But this Tuesday the 6th March the 10 student counsellors involved were summoned to a meeting with the Vice President of Education Hanne Harmsen at the Guidance Office on fiostrade. Where she announced the students contracts would be terminated.

In a letter UCPH justified the sackings with a need to reorganise the university’s Education Service, which included student counselling, the SU agency guide and the International Office. The administration estimated that now and in the future there will be less need for personal guidance.

This doesn’t convince Gro Gerdsen and Sophie Ytte, two of the counsellors affected who believe that the wage rises and lay-offs are far from being random. »It’s just us on the SUL Agreement, who have been fired. There is not one on the (older) rate which has been fired, and there is not one on the (new) rate, which has been allowed to stay.« says Gro Gerdsen who has worked as a counsellor for two and a half years. »You are left feeling that it is not worth using the unions – that you simply get fired for asking for the right salary,« she says.

During that period she points out that, UCPH’s overall guidance was consolidated in one place and put a lot of energy in embracing the young counsellors. So to her the reorganisation is an expression of an erratic managerial course.

At the meeting the counsellors asked if the new wages were the cause of the terminations, it was not said Harmsen. However both Gerdsen and Ytte claim the deputy director admitted that wage growth had increased managements attention to their job category.

»It is certainly my opinion, that the impression from the meeting was that there would not have been so much attention to our posts, had it not been for the wages case,« says Sophie Ytte.

In future a single permanent employee will receive queries during business hours and send requests to the permanent staff in the Education Service. The Deputy-Director said that the new system is not cheaper for the university. She also points out that instructors have fewer personal inquiries than before, because students are using networks and email.

Vice President: The money does not matter

Vice-President Harmsen confirms in an email that student advisers have played a significant role in how student counselling has been managed. She also says that the university leadership has long known that the SUL case could result in the students being more expensive to hire but the university chose to employ them regardless.

She justifies the redundancies by saying that Counselling does not work well enough »After a trial period, management has evaluated the organisation and found the it did not work optimally. Our tenured supervisors skills were not used enough and we spent a lot of resources on training and internal coordination« writes Harmsen.

»Initial user evaluations also show that students are not pleased with the quality of our service across the board. Therefore we have developed a new concept with less hours and a more permanent staffing,« she continues. »I fully understand that our talented student counsellors are annoyed by the situation. We also emphasised to them that none of this is about their individual effort which has been really good.«

Tenna von Cappeln, chairman of the union that negotiated the higher salaries is angry and surprised to hear about the dismissals.

She calls it ‘remarkable’ that it is precisely this group that are affected and that it is happening so soon after the University raised the clerical salaries.

»I had expected that the decision would lead to fewer rather than more creative exercises from UCPH’s side. We will go carefully through this with our attorney to see whether it is legal« she says.