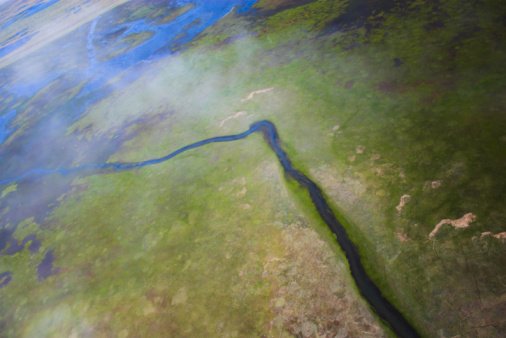 Thawing permafrost releases nitrous oxide, or laughing gas, according to Danish and Norwegian study. This may contribute to climate change

Nitrous oxide, also known as laughing gas, is released into the atmosphere when permafrost thaws. This is according to a Reuters report on an article in the journal Nature Geoscience by scientists from the University of Copenhagen and the University Centre in Svalbard.

Permafrost lies under about 25 per cent of land in the Northern Hemisphere. The permafrost gas release is a contributor to climate change that until now has been largely overlooked in the Arctic. Emissions of the gas measured from thawing wetlands in Zackenberg in eastern Greenland leapt 20 times to levels found in tropical forests, which are among the main natural sources of the heat-trapping gas.

The scientists studied sites in Canada and Svalbard off northern Norway alongside their main focus on Zackenberg. The releases of gases would be a small addition to known impacts of global warming.

Nitrous oxide is the third most important greenhouse gas from human activities, which is dominated by carbon dioxide ahead of methane.

It is among the gases regulated by the UN Kyoto Protocol for limiting global warming that could spur more sandstorms, floods, heat waves and rising sea levels.

Meltwater made the difference

Nitrous oxide comes from human sources including agriculture, especially nitrogen-based fertilizers, and the use of fossil fuels as well as natural sources in soil and water, such as microbes in wet tropical forests.

The scientists say that past studies reckoned that while carbon dioxide and methane were released by a thaw of permafrost, nitrous oxide stayed locked up.

»Thawing and drainage of the soils had little impact on nitrous oxide production,« the authors write in the journal.

»However, re-saturation of the drained soils with meltwater from the frozen soils, as would happen following thawing, increased nitrous oxide production by over 20 times,« the article says.

Bo Elberling, professor at the Department of Geography and Geology, University of Copenhagen, who led the study, explains that »nearly a third of the nitrous oxide produced in this process escaped into the atmosphere«.