Waterworlds: As the ice melts under your feet 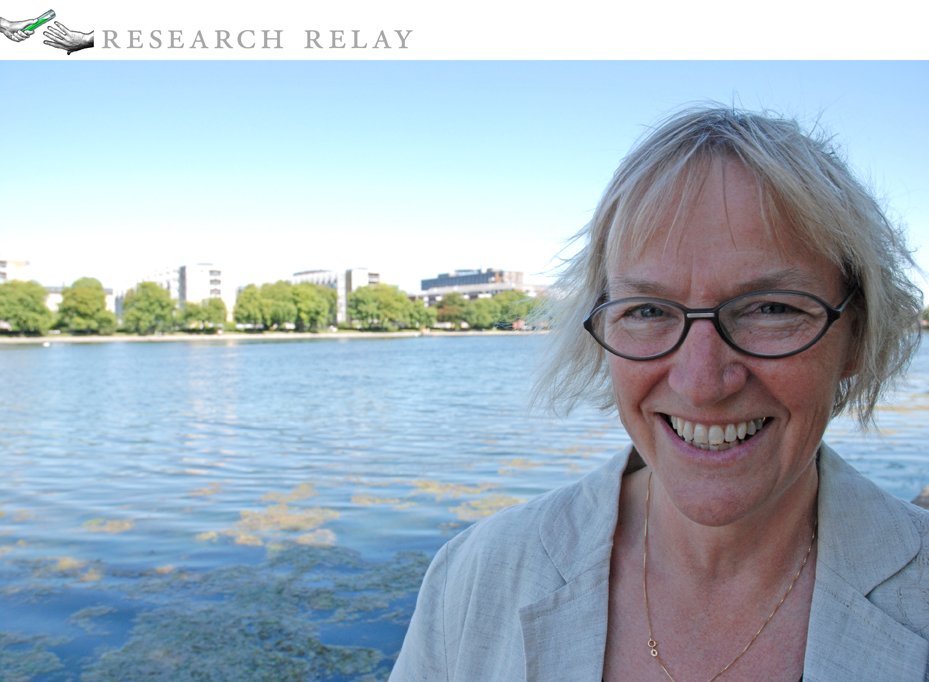 No water worries here. Kirsten in front of one of Copenhagen’s inner-city lakes
image: Mike Young

With anthropologist Kirsten Hastrup, we find a surprising link between modern climate change and medieval Iceland

While scientists debate the effects of global warming, politicians and economists fret over the costs and consequences. But how are the people that are directly affected by climate change actually coping with it?

This is the question that Professor Kirsten Hastrup of the University of Copenhagen, is studying with a team of nine researchers in the EU-funded project Waterworlds. How are humans adapting to and exploiting natural environmental disasters such as melting ice, rising seas and drying lands in places like Greenland, the Andes, the Pacific and the Sahel in Africa?

»What interests us, is how people perceive the risks, how they navigate in this uncertainty about the future in their day-to-day life, and how they respond,« she explains.

Modern man is beset by fears that are ‘liquid’ – the fears have no easily identifiable referent, yet they seem to seep into everyday life. Take climate change: We do not know what the dangers are, nor are we empowered to tackle those threats once they surface.

The local field studies and projects of Waterworlds are on what you could call the frontline of climate change: Places like Northern Greenland, where ‘liquid’ fears also have a clear and literal meaning. The ice is melting beneath their feet.

With the break-up of sea ice, villagers find it harder to gain access to seals, walruses and polar bears. And in the interim period, before the area becomes open sea, there are few alternative opportunities. But like humans anywhere, they will plan for, live with, and exploit the changes.

Call it the human factor.

»It is important for us to show, that among all the political and economic solutions to climate change, there are an incredible amount of human resources and an ingenuity which we can see in our studies of local societies«, she says.

Turned their backs on the world

For Professor Kirsten Hastrup, the climate-change project has had her reaching back to the shelf for a dusty, now nearly twenty-year old, monograph from her research on Icelandic history from 1400-1800. As a piece of historical anthropology, the scope of this work was comprehensive, and climate change featured prominently in the analysis of historical developments along with social changes.

»At the time I did not think of my work in terms of climate research. But it clearly alerted me to the complex link between environmental and social changes«, she says.

After flourishing in the Middle Ages during the time of the sagas, Iceland faced an adverse change in prevailing winds and temperatures in the 1500s and 1600s with the onset of what we now call the little ice age.

»The climate change was correlated with what you could call the absolute nadir of Icelandic society – and this in terms of variables like demography, social cohesion and marriage frequency«, Kirsten Hastrup explains.

»But the Icelanders themselves could not see the long duration of this, and lived from year to year. They did not have the ‘global consciousness’ of people today. Each time they had a bad harvest or some other calamity, they thought: ‘We must protect the core. We must protect our farming base’¬ the agriculture established by the settlers during the warm Middle Ages. And each time, they isolated themselves more and more from alternative ways of living – like fishing and trade. They turned their backs on the world. In the meantime, the climatic changes undermined the possibilities for farming«.

According to Kirsten Hastrup, there are lessons to be learnt from Iceland.

»The way they reacted to external threats, whether it was plague, climate, volcano eruptions or even Danish merchants: It was the perception of them, rather than the actual threat that was decisive for their response,« she says. Hastrup adds that it was the Icelanders themselves that lifted themselves out of the mire. Icelandic educators successfully returned from Copenhagen in the 18th century with manuals to re-invent the fishing technologies that had been suppressed in the interest of keeping the scarce labour force on the farms.

Some may remember Waterworld as a science fiction film starring a gilled Kevin Costner: In the film, global warming causes the ice caps to melt, flooding everything with people stranded on big floating life rafts. But this doomsday scenario is not what the new project, Waterworlds, is all about. Kirsten Hastrup takes pains to point this out:

»This is not about setting off another alarm siren on global warming. This is not about the end of the world. It is about studying the complexity of the human situation, and the different ways in which local societies and people take climate change into account when they make plans for the future«.