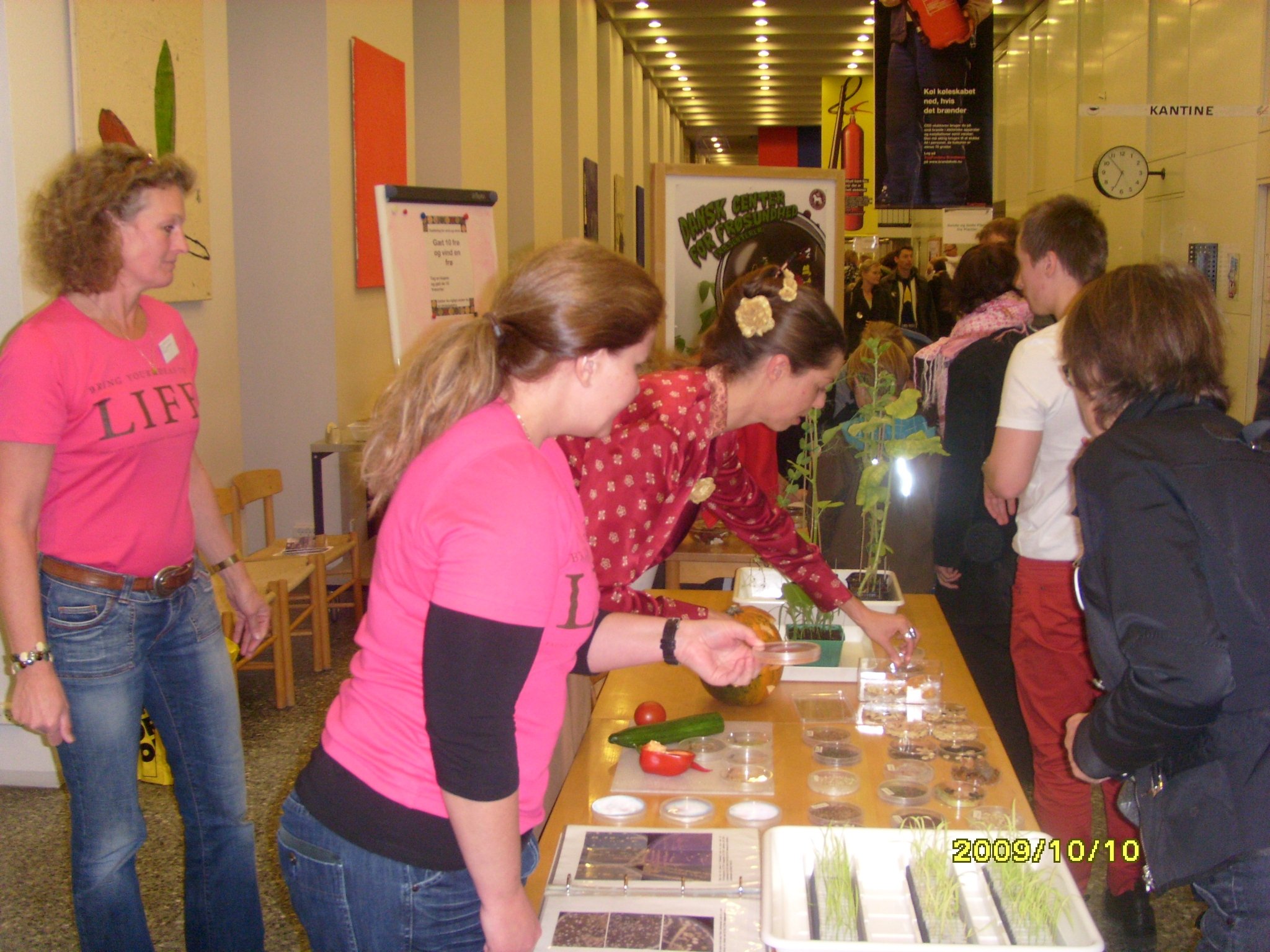 From the Night of Culture event 2009. The Faculty of Life Sciences has worked hard to promote industry-partnerships
image: Michael Chebud

A total of 16 new PhDs at the Faculty of Life Sciences have been approved for co-funding by the Danish Ministry of Science, Technology and Innovation under the Danish industry-PhD partnership scheme.

The 16 is a dramatic increase from the five industry-PhDs which were granted to the Faculty in 2009, says Tina Lewis, head of the faculty’s business affairs office.

»It has been hard work!«, she says. »We have had it as our strategic priority to fully exploit the potential of the industrial-PhD scheme for a couple of years now. I think that we have been successful in communicating it out to students and companies«, she adds.

Two of the students under the scheme are Chinese students who will partner with Danish companies for their PhD.

An Industrial PhD project is a three-year business-focused PhD project where the student is hired by a company and enrolled in university at the same time.

The government-sponsored scheme subsidises companies with a monthly wage of DKK 14,500, and covers the university’s supervising expenses. The PhD student divides his or her time equally between the company and the university.

According to Tina Lewis, the success has been helped by an innovative incentive scheme within the Faculty itself: Departments under the faculty are allocated one ordinary fully-funded PhDs from the Faculty’s allotment, for each industrial PhD that they get approved by the Ministry.

The wave of industrial PhDs coming in to the Faculty is a good thing, explains Tina Lewis.

»They are formally hired by the companies and not by us, and we don’t have a discussion about who owns the results of the research. To add to this we get some interesting research that combines the rigour of science and the innovative potential of private business,« she says.

Most still have ordinary grants

Vice Dean for Research Erik Bisgaard-Madsen says that the co-operation between university and business is good for both.

»I am happy and proud of the figures. They show that the incentive structure works,« he says.

There were 561 active PhDs at the Faculty of Life Sciences in 2009. Of these, 482 were under the ‘normal’, government-funded, ordinary grants. 66 had some kind of partial or full industry financing, while 13 of the PhDs were at that time under the industrial PhD scheme.