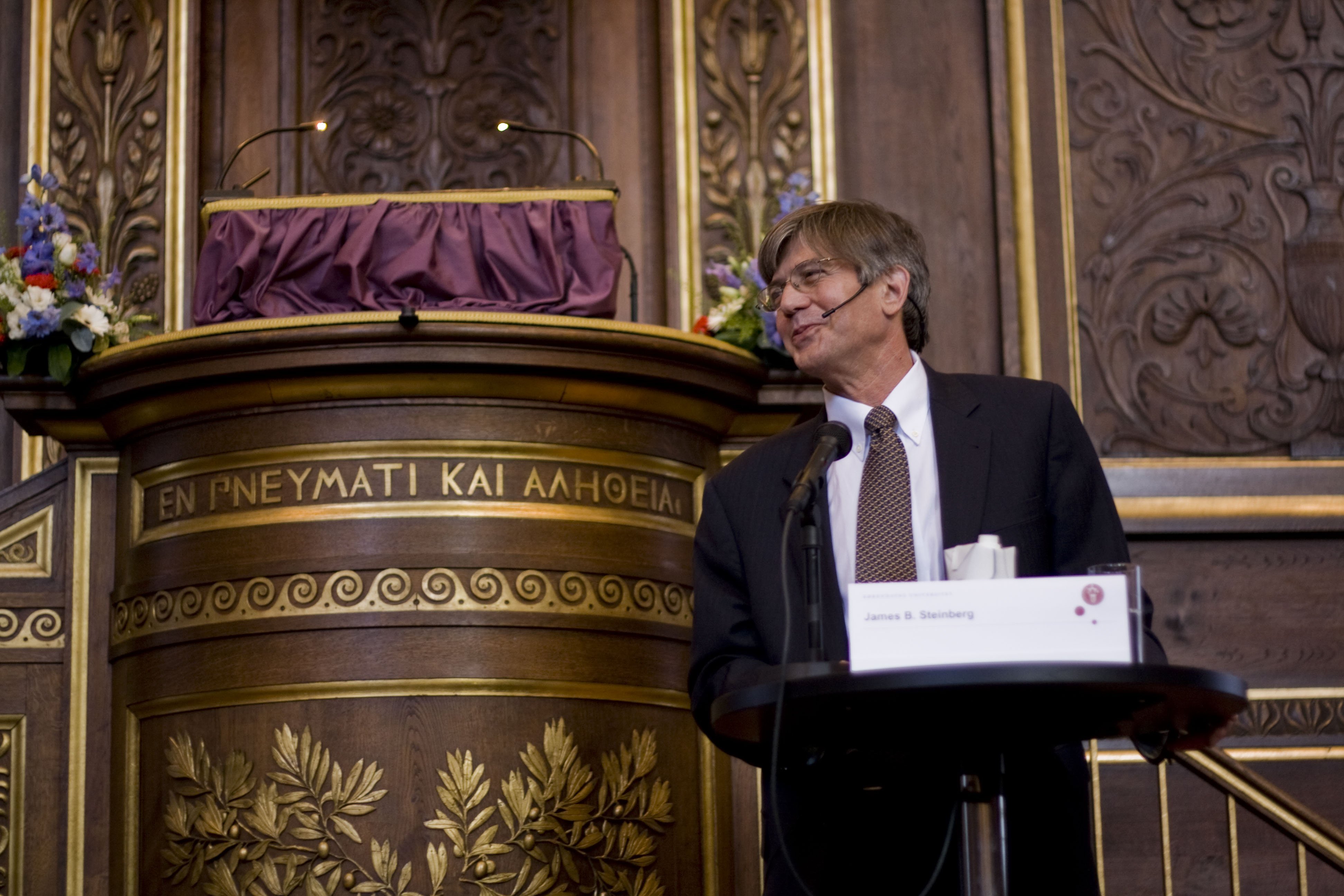 If Europe and the US wants to go far, they talk shop, says US Deputy Secretary of State James Steinberg
image: Sarah Mongeau-Birkett

At the University of Copenhagen, a US top diplomat allays Europe’s fears of isolation

Some analysts say that the United States’ foreign policy will in the future be more and more focussed on China and other emerging powers.

But even if this is so, Europe need not fear that we have lost a friend.

This is at least one of the messages to be taken home after James Steinberg, second-in-command to US Secretary of State Hillary Clinton, visited a packed Ceremonial Hall at the University of Copenhagen Wednesday. He is in Scandinavia to take part in forum of the Arctic Council.

The United States and Europe enjoy a healthy relationship, based on a shared vision and shared values, Steinberg says.

The need for reliable partners

Steinberg emphasizes the importance of alliances in today’s increasingly globalized world: And with this, the value of the longstanding relationship between the United States and Europe.

Close connections create new economic opportunities as well as renewed possibilities for freedom in various countries around the world.

Steinberg draws attention to the importance of new relationships with both established, as well as emerging powers such as Russia, India and China.

»The Obama administration has hit the reset button with Russia,« says the Deputy Secretary of State, adding that he hopes for more cooperation between the U.S. and Europe in the upcoming NATO summit in Lisbon.

So what are the threats that the US and Europe need to co-operate on?

No getting around the climate issue

Steinberg points to the need of a global response on potentially threatening states. Also climate change requires cooperative action on a global scale.

»What is most important is the power of ideas, not the idea of power,« Steinberg proclaims.

According to Steinberg the COP15 climate conference of last December was a success. Although there were no legally binding arrangements that resulted from the conference, the outcomes was a step in the right direction, Steinberg explains.