International students at the Matriculation Ceremony a few years ago. Some of them may now have to worry about repaying SU student grant debts
image: Anna Meera Gaonkar

Foreign students owe the Danish state a total of DKK 623m, including DKK 389m from non-EU nationals, according to public broadcaster DR. But the debt collection agency Gældsstyrelsen has acknowledged it’s virtually impossible to collect the unserviced student grant SU-loans from those who’ve returned to countries such as Somalia, Iran, and Iraq.

Deputy director Ulrik Pedersen said the agency is doing everything it can, but many of the students could have moved three or four times since they left Denmark and are difficult to trace. »We’re now in the process of hiring a private debt collecting firm which will provide us with the ability to make steps to recover the money outside the EU,« he said.

Germany is the EU country with the biggest student debt to Denmark – DKK 35.4m.

The Swedish government’s migration agency has been reported to its parliamentary ombudsman for misconduct after it expelled international doctoral students who had graduated within a shorter study time than allocated, reports University World News.

Robert Andersson, head negotiator for the Swedish Association for University Teachers and Researchers

A 2014 rule states that only non-Swedish citizens who have a residence permit in Sweden for four years within a seven-year period have the right to permanent residence in Sweden.

»The argument that you should be expelled because you have managed to graduate in less time than applied for when starting is so stupid that it cannot be compared to anything,« said  Robert Andersson, head negotiator for the Swedish Association for University Teachers and Researchers.

Denmark winning over Sweden, Netherlands in wooing the scientists

If Sweden is giving itself a bad name, Denmark seems to be holding its own at the moment.

It is certainly doing well in terms of its ‘balance of trade’ in scientists and researchers.  A register-based study by DAMVAD Analytics shows that in the period 2002-2016, Denmark gained approximately 1,500 researchers, net of Danish and non-Danish researchers who emigrated or returned to a foreign country.

Sweden gained nearly 800, whereas Netherlands had a net loss of 700 researchers in the period 2002-2016. The Danish balance of trade in researchers was positive throughout the whole period. The Netherlands and Sweden, by contrast, saw large fluctuations.

US-based biotech company Illumina has struck a deal with the GeoGenetics Section at the University of Copenhagen to explore the relationship between the evolutionary history of mental and neurological disorders and infectious pathogens.

Illumina, which is based in San Diego, works in the sequencing, genotyping and gene expression and proteomics markets.  The new partners aim to learn more about the medical and biological factors underlying the development of human neuropsychiatric diseases through the ages.

Eske Willerslev, professor at the University of Copenhagen, and colleagues plan to build one of the largest sets of ancient human and pathogen genomic reference panels ever created, through complete DNA mapping of thousands of ancient Eurasian human remains. Data will be obtained from bones and teeth, with the oldest remains dating back 10,000 years.

»We … know that chronic viral, bacterial, and fungal infections might be causative factors in neuropsychiatric diseases, so there is every reason to believe that the analyses of DNA from this period will show significant trends, giving us the ability to create new, publicly available reference sets, to enhance both the scientific and healthcare communities’ understanding of disease evolution,« Willerslev said.

Here is Eske Willerslev explaining the project on a video:

Women four years older than men for the same diseases

For a wide range of diseases, diagnosis comes later in life for women than for men, according to a large University of Copenhagen study of 6.9 million Danish people over a 21-year period. The study of health data found that across hundreds of diseases, women on average were diagnosed when they were about four years older than the age at which the conditions were recognized in men.

»We’re not just looking at one disease here, we’re looking at all diseases and we are looking at an entire population, from cradle to grave,« lead author Søren Brunak from the University of Copenhagen told Reuters Health.

Vestager is arguably the University of Copenhagen’s most famous alumna after her high profile battles against U.S. tech giants such as Google and Apple. Her immediate problem is that her home country of Denmark looks unlikely to nominate her for a top Commission post, according to the politico analysis.

It is the Europe’s liberal ALDE group that has Vestager among its seven candidates for May’s European election.

The University of Copenhagen’s Faculty of Science Innovation Hub is popular at the moment. In 2018, 143 students worked on 69 start-up ideas. That is a 30 percent increase over 2017. Five of the teams have gotten as far as market introduction. A further ten are currently going through prototyping or pilot testing.

To us it is just as important to produce graduates with an entrepreneurial mindset, as to see them registering a company while they are still students

The innovation hub offers shared office facilities at the University of Copenhagen with room for creative students.

Dorthe Lynnerup who manages the community is proud of this, but feels that teaching business skills is at least as important as producing viable start-ups.

»Our student-start-ups have the same survival rate as anywhere else in entrepreneurship. This is pretty striking, but to us it is just as important to produce graduates with an entrepreneurial mindset, as to see them registering a company while they are still students«. 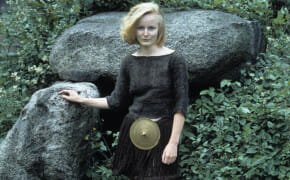 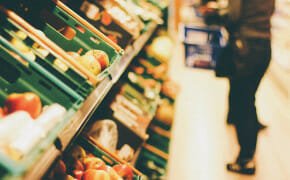 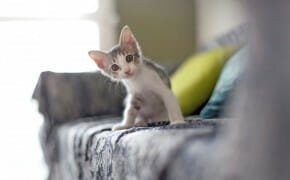