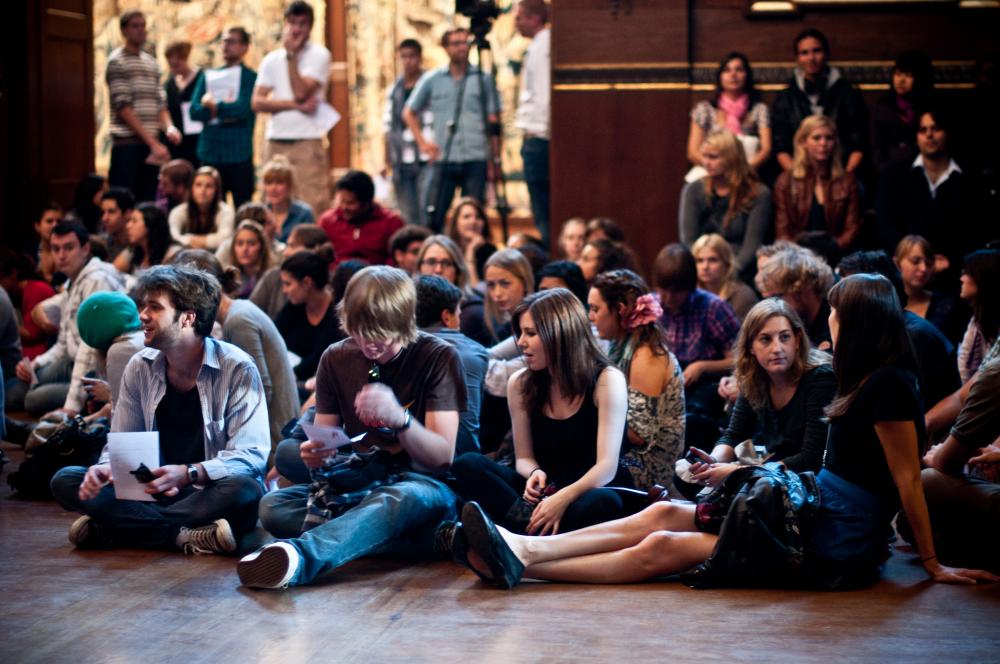 The latest university news stories from Copenhagen and beyond

Brexit, increasing nationalism, and the cuts to public university budgets. These have been the big headlines in the media when it comes to higher education in Europe.

But it is all like so much water off a duck’s back for staff who actually work on internationalisation at universities in Europe.

81 per cent of 2,300 Europeans who directly work on internationalisation in higher education are positive about the future of the field. This includes 22 per cent who are ‘very positive’, according to a survey by the European Association for International Education.

Four in five of the respondents are at public institutions.  And the report considered whether factors like region and country, institution type, funding type and the size of institution had an effect.

But no. It didn’t have an effect. Almost everyone is optimistic about internationalisation.

»Few patterns … indicate that ‘success’ is more or less common in particular national or institutional settings,«  it states in the report.

Scientists, including one from the University of Copenhagen, have found evidence that an ancient species of human called Denisovans lived at high altitudes in Tibet.

The ability to survive in such extreme environments had previously been associated only with our species – Homo sapiens, reports BBC world news, citing a study that has just appeared in the journal Nature.

The ancient ancestor seems to have passed on a gene that helps modern people cope at high elevations. The Denisovans were a human species living in Asia before modern humans expanded across the world tens of thousands of years ago.

A late Middle Pleistocene Denisovan mandible from the Tibetan Plateau

The researchers managed to extract proteins from one of the molars (teeth), which they then analysed applying something called ancient protein analysis.

»Our protein analysis shows that the Xiahe mandible belonged to a hominin population that was closely related to the Denisovans from Denisova Cave,«  said co-author Frido Welker, from the University of Copenhagen.

Eline Palm Meldgaard from the Department of Veterinary and Animal Science, University of Copenhagen, has just won the PhD cup 2019 for a presentation on PhD on parasitic infections.

It’s all about worms, and about how we can get better at tackling them. We need to understand the long, slimy, (and cunning), worms that live in too many pigs in Denmark and in tropical countries, she claims.

The audience was at the national broadcaster DR and included the Danish Minister for Higher Education and Research Tommy Ahlers (V).

31-year-old Meldgaard won the cup after an intense training session, which culminated in a three-minute, vivid, presentation on stage. The show was broadcast live on Danish TV Friday.

Meldgaard is a graduate in parasitology and gave in her PhD last year. She now works as a microbiologist at ALK Béllo.

There is a video with an interview (in Danish) here:

The physicists in Copenhagen that co-operate with Microsoft on a quantum computer project, may have just made a big step forward.

Schematic representation of the platform

In partnership with other international researchers they have designed and made a promising building block for future supercomputers: A two-dimensional platform that could lead to stable and mass produced quantum bits.

The breakthrough was led by two physicists, Antonio Fornieri and Alex Whiticar, under the supervision of Professor Charles Marcus, Director of Microsoft Quantum Lab Copenhagen. Their results have just been published in the scientific journal, Nature.

The discovery unlocks a range of possibilities for researchers. »A major advantage of the discovered component is that it can be mass produced. We can design a large and complex system of quantum bits on a contemporary laptop and have it manufactured using a common production technique for ordinary computer circuits,« says co-lead author Antonio Fornieri, a UCPH postdoc fellow.

A team from the University of Copenhagen wants to map out Denmark – in sound.

The project ‘Lyden af Danmark’ (The Sound of Denmark) was launched this week to encourage Danes to record the sound of their everyday lives.

And Crown Princess Mary has apparently already made a contribution. Using an app, Danes are encouraged to make 30-second recordings of their neighborhood. An AI filter will analyse the sounds and learn over time to distinguish between natural and man-made audio.