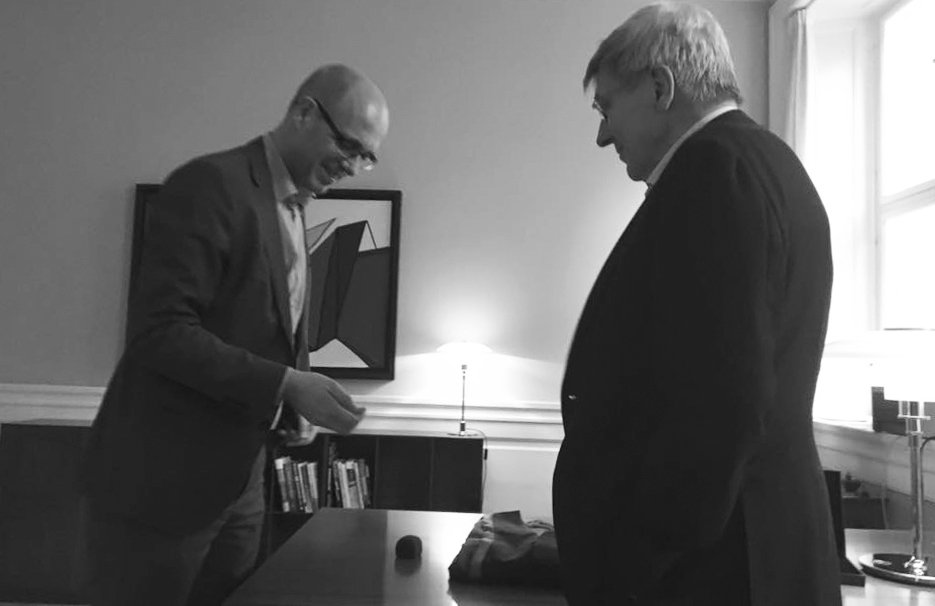 Editorial — Henrik C. Wegener has sat down in the rector’s chair in the office on Nørregade street. He will follow a big predecessor – and he has inherited a big problem.

It is a new man who has sat himself down on the chair in the rector’s office at Nørregade (where he probably started out by struggling a bit with the height settings).

You have to take all the welcoming toasts with a grain of salt (and some bubbly, of course), but to judge from the speakers at Ralf Hemmingsen’s farewell reception on Friday, Henrik C. Wegener, who is Rector no. 259, will have a tough act to follow.

His predecessor led the University of Copenhagen through a period of explosive growth, mergers, a climb up the rankings, a renewal of the building stock, and later – after the political winds were reversed – cuts and layoffs. And he is given credit throughout for cherishing and pursuing the university spirit by insisting on the importance of independent research.

But the same toasts also identify some of the problems that the new rector will inherit. Student Council member Marie Thomsen mentions in a featured column a strange occurrence. The Ministry for Education’s permanent secretary likened the relationship between her ministry and UCPH as the relationship between Hogwarts and the Ministry of Magic in the Harry Potter series.

In recent years we have been able to see several signs of the strained relationship between this university and the Ministry.

“Agnete Gersing believed that Harry Potter was a good example of how the ministry and the study programmes could huddle together as the darkness moves in,” writes Marie Thomsen. Yet she wonders whether the permanent secretary had ever actually read the books. The Ministry in the books is not only used as an image of a failed, inhuman, overregulating bureaucracy. It is also corrupted, infiltrated and finally defeated by Lord Voldemort, who through the Ministry takes control of the university (sorry, Hogwarts) and – among many festive innovations which also includes the goose step – introduces torture as a motivating study progress device on the students.

Whether the sinister connotations of the analogy were intended or not, we have been able to see signs that the relationship between the University and the Ministry has been strained in recent years. UCPH management has on many occasions, including in the University Post, complained about increasingly detailed political regulation. And it does not seem like the political interference will stop.

Søren Pind recently suggested that he as Minister should need to approve external members of the University’s board. His new system will effectively remove staff and students from the appointment process and give the Ministry greater control over the selection of board majorities.

Another problem is what Ralf Hemmingsen has described as his biggest failure: That UCPH has not acquired a freehold ownership of its buildings, and thereby the financial security and independence from not being forced to rent the space in its buildings at hiked-up prices.

The struggle for the money

So the UCPH finances remain heavily dependent on a favorable outcome of the long-awaited reform of the Danish ‘taximeter’ subsidy system. In the future, government subsidies to universities will not only depend on how many graduates they produce. The question is which other criteria will be used to manage the cash flow.

Several models have been in

An employed-after-graduation taximeter has for a long time been the University’s worst nightmare.

“We are not exactly in love with the employed-after-graduation taximeter, not because of narrow economic self-interest, but because we believe it is the wrong lever to pull. It will hit individual programmes hard,” University of Copenhagen director Jesper Olesen said last year to the University Post.

On the other hand, the quality taximeter that Søren Pind is starting to flash, may be good news for UCPH

A regional taximeter, which allocates extra funds to regional programmes, will not be good news for the Copenhagen juggernaut. It is probably in this context that you should see Ralf Hemmingsen’s farewell interview statement to the Berlingske news site that “we must recognize that all eight universities in Denmark do not have the opportunity to join the world elite”.

On the other hand, the quality taximeter that Søren Pind is starting to flash – also in a recent Forskerforum interview – may be good news for UCPH.

Especially because there is no firm definition of what quality is. “At UCPH, we are working on getting a system that actually supports quality,” Jesper Olesen said back in 2016. The question is whether the UCPH quality definition matches the Minister’s plans to measure it. And we know little more than what he has said to Forskerforum:

“And it should not be rigid, new public management-style measurements. There are several possible instruments, such as by using the accreditation system or the corps of censors, or via a rolling evaluation which includes student assessments of teaching quality combined with study programme outputs or something like this.”

Henrik Wegener will be sent directly into the struggle to define what kind of quality should be rewarded with taximeter subsidies. And then there is the struggle for freehold of buildings, against political interference and against cuts.  Not to mention the internal challenges with researchers who complain of increased administrative burdens and the increasing pressure to obtain external funding, the students who complain about study progress idiocy and lack of feedback, and administrative staff groaning about the savings, mergers and layoffs.

Welcome to UCPH! You have got your work cut out for you.

Here is your team, Wegener. Hope you like it 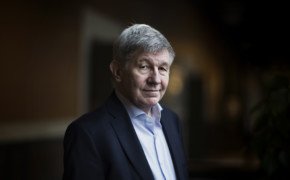