What should we ask the ‘Minister for the Future’? 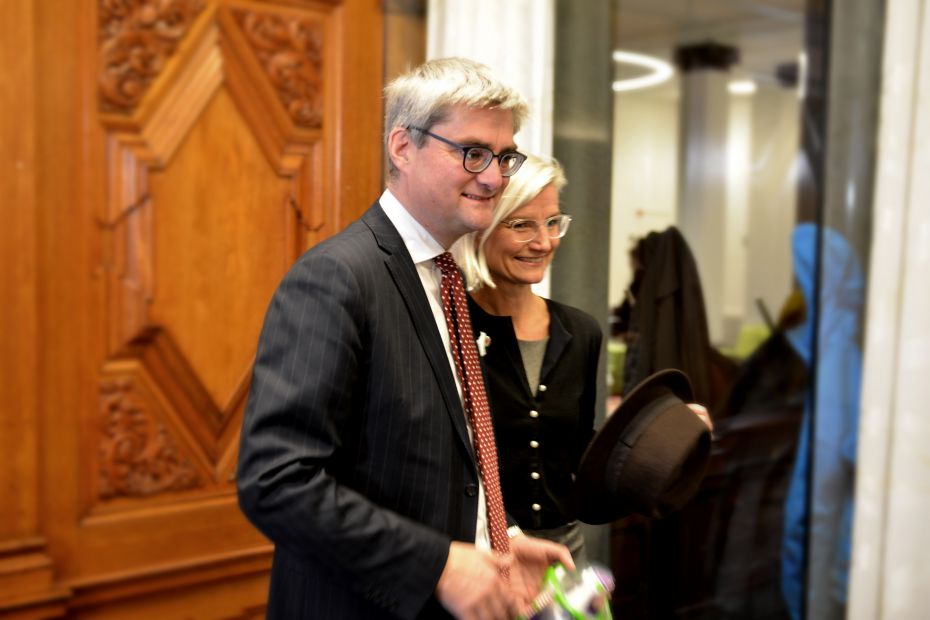 The University Post has got an interview with the new Minister for Education and Research Søren Pind (V). What should we ask him?

Søren Pind’s press secretary asked the University Post to come up with some kind of angle for this interview, which we set up for later this month. As the press secretary writes:

It’s a good call – and we want to share it with our readers. So, please, send us suggestions for topics and issues. We really want to take them along with us.

Søren Pind invented a new title for himself when he 29 November, 2016 took over his new post: He called himself Minister for the Future. Maybe this can be a topic of conversation.

At his appointment, the new minister hit out at the elite:

“The most foolish thing that is happening at the moment, is the so-called showdown with the elite. Some argue that you should separate the wheat from the chaff, and pretend that a divided society is a good thing. I strongly disagree with it. I think that a good society listens to its clever fellow citizens and tries to get the best out of its talent. But the smart people need to know that they are needed in the community in return,” he said.

The same theme of the elites and the socially beneficial comes out in an interview in the Weekendavisen newspaper. They met up with Pind for cheese sandwiches at Café Victor just before the turn of the year (December 30, 2016 edition). Here, the Minister for Education said some other interesting things.

One of them is that the Danish education system has become feminized according to Pind. He elaborated by explaining what the masculine consists of: “(…) it is something masculine to have something to aspire to, something concise and measurable. Everything has become a conversation-ocracy.. When I went to Swiss school (Pind lived in Switzerland as a child, ed.), I got grades once a week in all subjects. I have always advocated this. To give people something to strive for and to show them where they stand”.

In the interview, Pind talks to Weekendavisen about reintroducing a filosofikum – an interdisciplinary subject of to build character – and the university as a place to enable immersion:

“Knowledge without reflection is nothing. Right now we don’t put our knowledge into perspective. We just see a scrap heap of things. This means something in terms of the education programmes, where expectations up until now has been to get as many into university as possible without creating any depth in them.”

It sounds like a showdown with the whole idea of progress and economic utility as the primary goal for management of higher education. Or what? Send your input to our Pind-terview to the editors in the comments box below, by email to uni-avis@adm.ku.dk or on facebook.