What's the pH of beer? The true origins of the pH scale 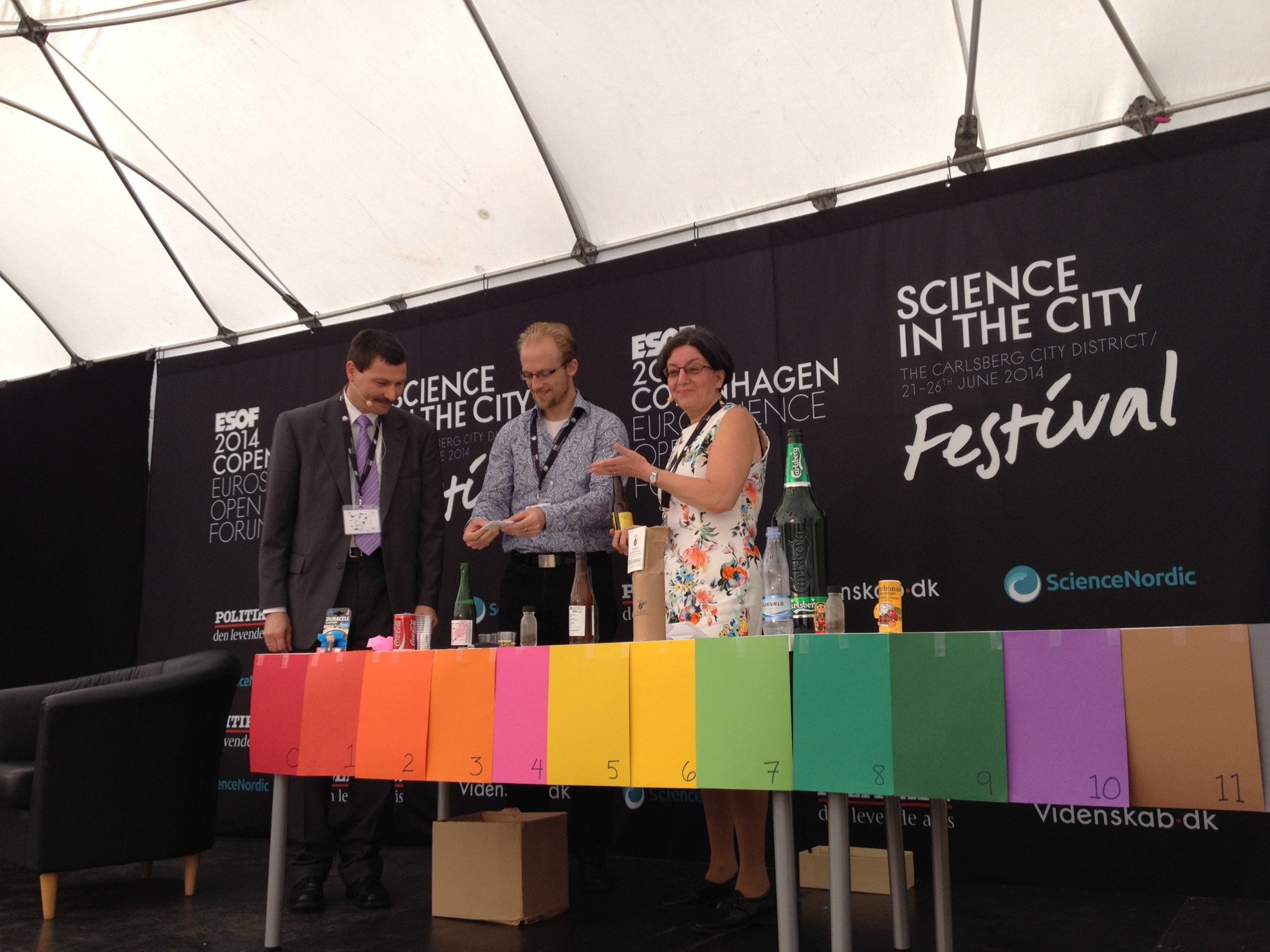 Yeast biology professor Jürgen Wendland from the Carlsberg Laboratory and journalist and author Diane Fresquez give an interactive presentation of the pH scale
image: Alix Feldman

More than just good beer, the Carlsberg laboratory was home to a number of impressive scientific discoveries, including the pH scale!

Good beer is about more than just a combination of yeast, hops, and barley. It’s also about the pH levels!

Science in the City yeast biology professor Jürgen Wendland from the Carlsberg Laboratory and journalist and author Diane Fresquez talked about Carlsberg’s contributions to science, including the real roots of the pH scale.

”The final pH of the beer gives you flavour and taste, and if you can keep track of that, this is how you make quality beer,” says professor Wendland.

The pH scale was developed by Søren Sørensen in 1909 while researching proteins, amino acids, and enzymes in the Carlsberg brewery laboratory.

”Jacobsen’s idea was to not keep discoveries secret, but to give them away to promote brewing science and great quality beer,” says professor Jürgen Wendland about Carlsberg big achievements, which also include the development of the ‘Carlsberg yeast’, or Saccharomyces Carlsbergensis, that was sent to breweries around the world.

The pH scale runs from 0 to 14, with the range of 0-7 being acidic, and 8-14 being more alkaline. “Most of what we eat and drink is around 7,” says professor Wendland. Beer, however, usually scores around 4 on the pH scale.

An important part of our biological systems is our ability to maintain homeostasis. Because of this, when we drink beer, with a low, acidic pH level. our body is able to regulate our blood to a more neutral level.

The bright, simple, and colourful pH scale has become a useful device in many fields, including education, medicine, food science, and, of course, brewing.

Sørensen was nominated for a Nobel prize in chemistry and physiology and medicine for his creation of the standardized scale, but never won.

According to Wendland, ”People of the Nobel committee thought it was not a natural law that he developed, not like Einsteins E = mc2, they diminished his achievement, or they didn’t see the full potential.”

”It is something so common, we almost take it for granted,” says Diane Fresquez, journalist and author who has written a book on the science of taste and flavour, entitled A Taste of Molecules: In Search of the Secrets of Flavour, which includes the development of the pH scale, and the current food science research at the University of Copenhagen.

Sørensen’s work did not go unrecognized in Denmark, however, as he became president of the Royal Danish Academy of Sciences, as predecessor to Niels Bohr.

Beer is best in the morning

”We can take the pH of almost anything,” says Diane. who provided the crowd with a handmade pH scale on the Science in the City media stage, placing common items such as soda, baking powder, and vinegar along the colourful spectrum.

The crowd enjoyed a complimentary morning Carlsberg beer, and were given the opportunity to taste and test the pH levels of various beers, noting the influence of pH levels on the flavour. Dark malts tend to have lower, more acidic pH levels, and slight pH differences affect the hop-components, and the bitterness of the flavour.

”Carlsberg always performs taste tests in the morning, this is when our taste buds are strongest,” says Diane.