Why does a plant that dyes red, have a name that means 'blue'? 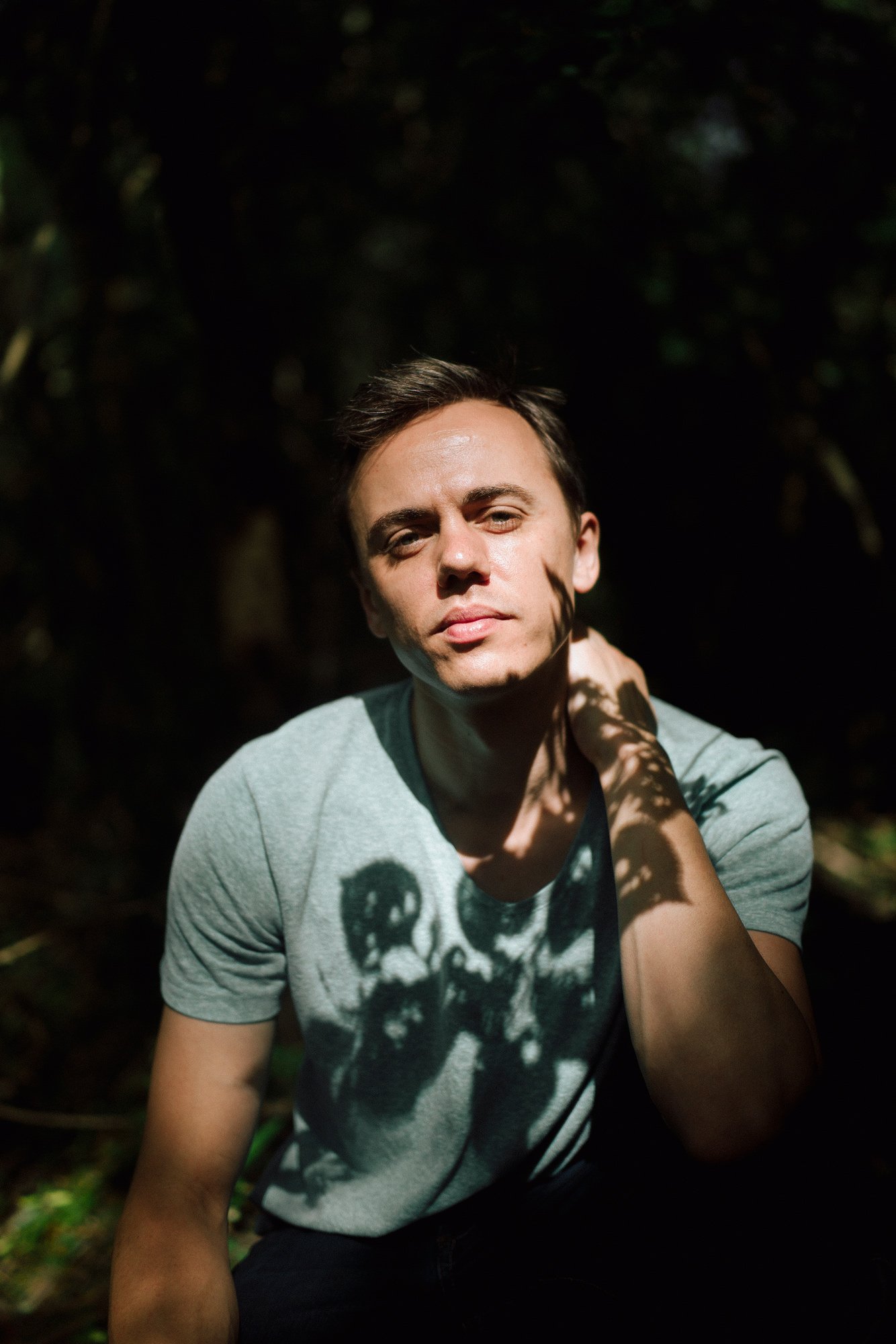 Language detective — Mikkel Nørtoft solves the riddles of language. As a student at Indo-European Studies, he uses linguistics, archaeology and botany to find out where we come from.

It’s just a word, a humble and a seldom used one. But words have a meaning and history that can teach us who we are, and where we come from.

‘Madder’ is the word. It is English, and refers to a genus of perennial plants, whose roots were used especially in the Middle Ages and the Renaissance to produce red dye. For Mikkel Nørtoft (33), who has just graduated from Indo-European Studies, the word was an enigma. ‘Madder’s Indo-European root (*modH-r) has a meaning that does not really fit what it describes.’

“The strange thing is that a plant that dyes things red and that has yellow and white flowers has a name that goes back to the Indo-European word for blue,” says Mikkel Nørtoft.

He encountered the mystery at his joint internship at the University of Copenhagen’s Centre for Textile Research and the National Museum of Denmark, and his investigation ended up involving several research disciplines.

Today, more than three billion people speak Indo-European languages. English is Indo-European. The same goes for German, Danish, French, Italian, Greek, Russian, etc. Today’s languages go back to a number of proto-languages: Proto-Germanic, which later became the German, English and Scandinavian languages, originated around 500 BCE, while the Anatolian languages go back a further 1,500 years. But we don’t know much about what happened before this.

The strange thing is that a plant that dyes the colour red, and that has yellow or white flowers, has a name that goes back to the Indo-European word for ‘blue’.

“There is a consensus that Indo-Europeans originated from the steppes north of the Black Sea and came to Western Europe around 3,000 BCE. But what happened afterwards? How did they spread to almost all of Europe, and how did the original Indo-European languages ​​develop into all the many languages ​​that exist later?”

These are the questions that are examined by students and researchers of Indo-European. It is one of UCPH’s smallest study programmes and part of the Department of Nordic Studies and Linguistics ​​at the Faculty of Humanities.

They mostly investigate linguistic sources and  . In Mikkel’s madder plant case however, he went to other disciplines to find the answer:

“I ended up looking at the archaeobotany, dyeing techniques and analyses of archaeological textiles to see which dyes have been used. What is the trend before many – especially in areas with more industry – switch over to using this cultivated madder plant?”

The map: Mikkel has set up a digital map in collaboration with the Centre for Textile Research (ctr.hum.ku.dk), where he has plotted in the archaeological textile finds. See the map on prehistoricmap.com.

The plant: At the Centre for Textile Research, Mikkel Nørtoft has investigated why the madder plant – a genus of perennials with red roots and yellow flowers – has an English name that goes back to the Indo-European word for ‘blue’. He established that the word may originate from other wild dye plants with blue flowers on the plains north of the Black Sea. This was where the Indo-Europeans lived before spreading across Western Europe.

The master’s thesis: Mikkel Nørtoft has investigated Bronze Age warriors, focusing on their shaving and grooming equipment – both based on archaeological finds and on linguistic sources. He has found that while the warriors’ concepts of heroism can be traced back to the indigenous people of the steppes, their focus on beauty emerged after their arrival in Western Europe.

By sorting through the archaeological plant material findings of various excavations, Mikkel Nørtoft could extend the field to other plants that dye the colour red with their roots. He found a family of wild plants, which includes a plant used by both the Romans and the Greeks as make up.

“This whole family seems to have good red dyestuffs which can also turn blue in some contexts depending on the PH value. And some of the plants in that family have very distinctive blue flowers. So I thought, maybe there’s a link here.”

He then investigated whether these wild plants were found on the steppes where the Indo-European people had their origins.

“Now the steppes are not a region that is well-described, but you can find some of the plants there. The oldest source I found from 1,800 BCE had especially one of the plants with very blue flowers – and red roots.”

It’s no proof, a smoking gun plant that leaves no further doubt as to why the red madder plant has a name that means ‘blue’ – but Mikkel’s theory is spectacular enough to be published in the Archaeological Textiles Review this fall.

The interdisciplinary approach has influenced Mikkel’s entire study programme. He started at the University of Copenhagen in 2011 after having spent a large part of his 20’s as a music producer with his own studio on Njalsgade near South Campus. At university, he soon began to forge links between his linguistic studies and archaeology.

“It began after the first year. I thought, ‘hey, how many Indo-European languages ​​are there, and look how difficult it is to get an overview of their development?” A geographical breakdown would help, so I tried to map out the languages’ development ​​over time, and came across a huge 2,500 year gap from the original language spoken on the plains to many of the next proto- languages.”

Instead, Mikkel used archaeology to get an overview.

“I thought: If archaeology can provide information on where different types of people were, and when, then linguists can use it. And then I started making maps.”

Mikkel Nørtoft began to meticulously scan archaeological and genetic studies’ sources, and plot carbon 14 datings of human remains finds on a digital map. Although the mapping project proved to be too extensive to be completed next to his studies, it began to give him the necessary overview of Indo-Europeans’ migrations through Europe from 3,000 BCE and up to our times.

“Basically, there has for a long time been a gap between archaeology and the study of Indo-European, and I’m really trying to bridge these disciplines.”

During his master’s programme, Mikkel continued on the archaeological component with a combined internship at the Danish National Museum and the University of Copenhagen’s Centre for Textile Research. And when the University Post caught up with him shortly before the summer holiday he was finishing his thesis: An investigation of the Bronze Age shaving and grooming equipment based on archaeological finds and linguistic sources. 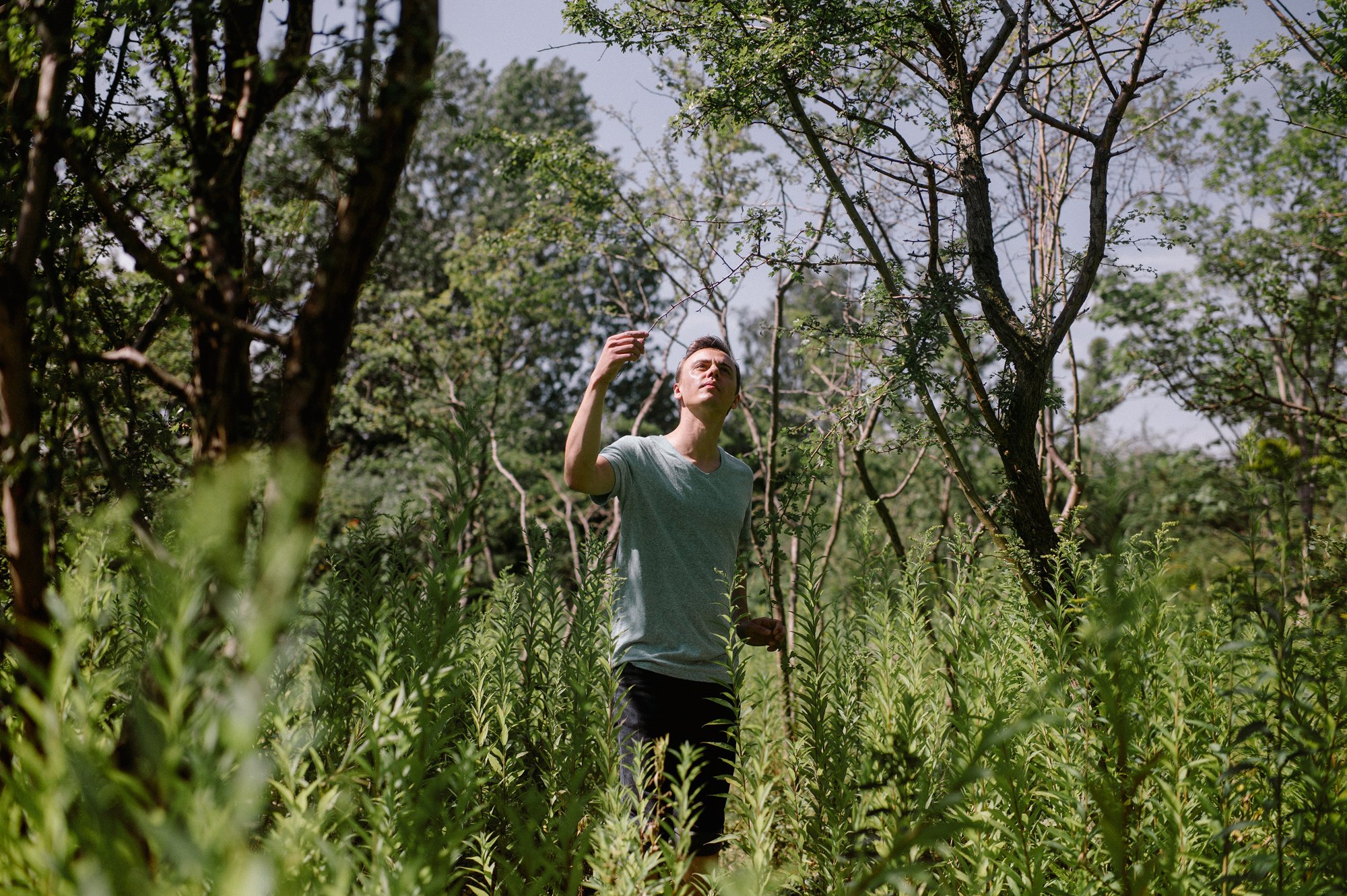 He is educated as a linguist, but Mikkel Nørtoft has also used botany in his research.
image: Daniel Hjorth

“The Bronze Age warriors seem to have been very well-groomed and liked to shave. In many graves you’ll find razors, tweezers, and awls interpreted as tattoo needles. For these things I try to find the words and see how old the words are and whether they can be traced back to Indo-European,” says Mikkel Nørtoft.

His findings can tell us whether this beauty regime was something the original Indo-Europeans practiced, or whether it came later.

“So far it looks like these ideals of beauty came later. But many of the other aspects that are associated with these types of warfare from the Bronze Age – like heroic courage and immortality, which are the aspects we see in Homer’s texts, and which are often described by archaeologists – seem to be quite old and can be reconstructed very nicely back to the Indo-European language. The beauty ideals are an extra layer that has been added on later.”

Students who do research

The University Post will focus on students’ research in 2017/2018. If you have an example of a student who has an interesting research project – and yes, it may be yourself – send an email to uni-avis@adm.ku.dk.

Although his thesis has now been handed in, Mikkel Nørtoft has not finished doing research. He starts up 1st September in a position at Indo-European Studies, where he will further develop and complete the digital map of Indo-European migration which he began during his study programme. In the longer term, his goal is to get a PhD, so he can dig down even deeper into the intersection of linguistics, archaeology, botany, DNA analysis and other disciplines. In this way he can solve the small mysteries and shed light on who we are, and where we come from.