Why you should use your vote in the EU elections 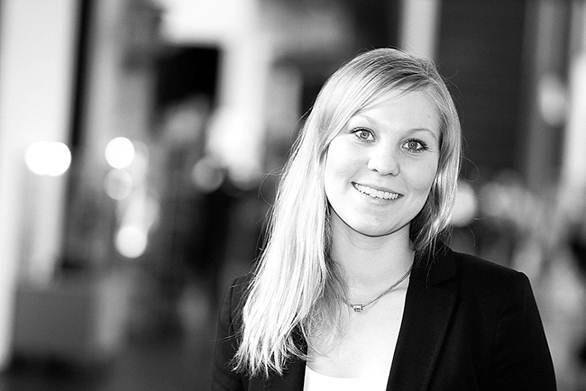 Elin Blomqvist is a member of the executive committee of the European Student's Union (ESU), with a lot to say about this year's EU elections
image: Courtesy of Elin Blomqvist

With the elections to the EU parliament coming up, pan-European students union ESU explains what is in it for students. Exclusive interview

Many of our readers, Danish and non-Danish, will have already received a friendly reminder about the European parliamentary election from the Danish Ministry of Interior. If you are an EU citizen and resident here in Denmark you are entitled to vote in Denmark at the European election.

We talked to Elin Blomqvist, a member of the executive committee of the European Students Union, about higher education policy within EU institutions, and asked her a few questions. After all, we reckoned. We need a good reason to vote. Here is the interview.

What are the main actors in higher education politics at the European level?

The European Union has become increasingly influential, but other international bodies and cooperations are also important players, such as the whole European higher education area, the Bologna Follow-Up Group, and the Council of Europe, which we also address with our activities and cooperate with.

What are the activities of the European Union in the area?
The EU’s main activities in the area of higher education are of course the well-known Erasmus program, and other similar mobility programmes.

There is a general consensus that higher education should mainly be organized at the national level, but in recent years the EU institutions, including the Parliament have become more active at defining a vision for higher education in Europe.

This is expressed, for example, through internationalization policies and policies that indirectly or directly affect higher education, but are usually addressing a different policy area.

What vision of higher education are the EU institutions promoting?

Unfortunately the EU’s institutions’ understanding of higher education is shaped by notions of increased employability, and in terms of usefulness to the economy.

We [in the ESU, ed,] have an understanding that is different. It sees higher education as a human right, and lays emphasis on it’s non-economic values.

How higher education will be framed in the future at EU level is one of the questions this election will be deciding.

Is there a problem with EU policy-making in higher education?

The main problem with EU policy making in the higher education area is its lack of transparency.

As of now, proposals by the Commission are not publicly accessible and there is no public review until they are actually sent as proposal to the European Parliament. We [the ESU, ed.] would like to have public hearing at the Commission, and be recognized as an expert association.

At the parliament there would be formal opportunities for that, but how these are used depends much on the parliamentary culture of those involved.

Are changes to the Erasmus exchange programme a possibility after the coming election?

However, part of the money has been reserved for loan schemes. We would have liked to prevent that, since it increases students insecurity compared to direct grants.

Although the opposition from us, the universities and some member states wasn’t strong enough, we were able to reduce the percentage of funds dedicated for loans from 7 to 3 per cent.

What should students be concerned with?

Students should think about a number of other issues as well. For example, the right to move and regulation in the area affects us very much. Here the EU has just recently passed a visa directive, which will affect third-country nationals, but should concern all students.

Another area, we already talked about it, is debates about employability and how they are linked up with higher education. Here an overlap is already in place, which is partly due to the EU’s construction around a common market.

Finally, the ‘Youth Guarantee’ and its implementation might be very interesting for students. In its current form, the policy recommends that member states should guarantee a place to study, an internship, a job, or something similar for everybody under 25. However its implementation is very different from country to country.

Besides the student-specific issues, what do you think is most important in European politics right now?

Here I want to mention the rise of hate-based politics in many European countries, and the decreasing willingness to be open towards others.

It’s very worrying, that this kind of politics, sometimes close to racism, is increasingly normal.

Do you have a final message for our readers?

I would like to see as many students as possible participating in the vote. We are the ones that benefit from EU policy, but our lives will be negatively affected if the policies take the wrong direction.

I think its important to do something politically to change things for the better. The other groups that have interests adverse to our own surely will.

The University Post will be following the European elections closely.