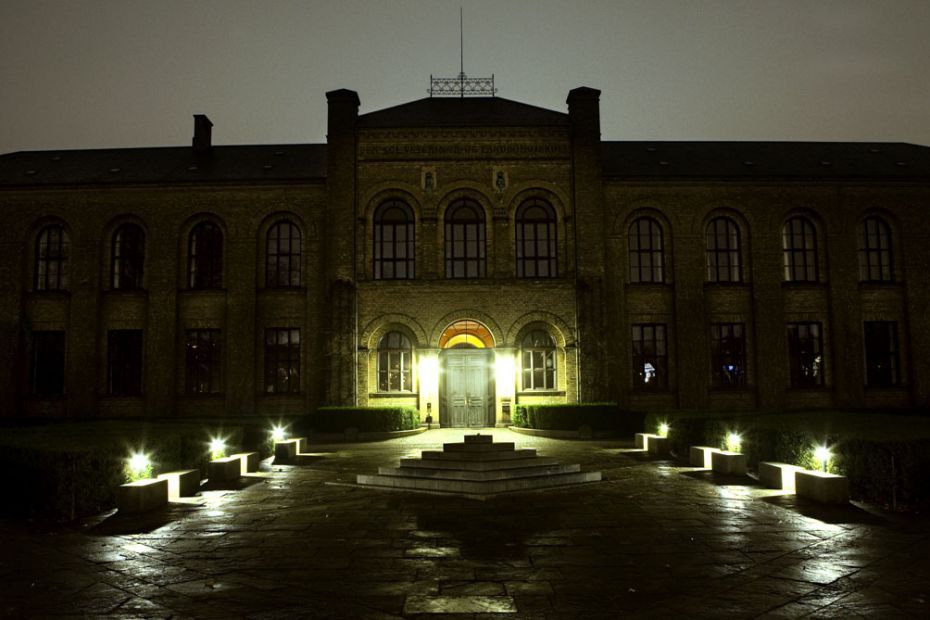 Female students at the UCPH campus in Frederiksberg report being harassed by groups of young men of Middle-Eastern appearance. The university responds by calling on young women to not travel alone Friday night on campus

Female students on the Frederiksberg Campus at the University of Copenhagen have been accosted on the last two Fridays by one or more groups of young men. The men have blocked the students’ path and exposed them to sexually abusive calls and invitations.

In one case, the young men allegedly grabbed hold of a bike and tried to keep one of the female students back. In another, a student says she was held by her arm and shoulder.

Six female students reported the incidents to the Faculty of Science and Life Sciences at a meeting Tuesday 20 September. The incidents took place in the area surrounding the A-vej between Thorvaldsensvej and Gammel Kongevej in the Frederiksberg district.

Told to take her dress off

One of the students who attended the meeting with the faculty told Uniavisen that she Friday the 9th at about 21:30 was on her way to the A-vej bar on Grønnegårdsvej which bisects campus when she passed a van with four young men standing by. There was music from the vehicle.

“Two of them ran past me and said they wanted to play with me, and that they wanted to touch my breasts, and that I should take off my dress,” she says. “They ran almost straight into me. One of them took a hold of my arm and my shoulder.”

She also says that the two other men watched, but did not intervene, or participate in the harassment. No one else witnessed the incident, as far as the student knows. The incident did not last a long time. One of the young men who participated bumped into the other one, and they both tumbled to the side, so she could go on her way.

“I was just frightened and most of all I just thought about getting to somewhere where there were some other people,” she says. She says that other women later told her of similar experiences both the previous and the last Friday, and that the four men apparently were joined by more men later on in the evening.

The student says that the faculty in her view, has taken the women’s reports very seriously.

According to the Faculty of Science’s information, around 10 women have been accosted, but this is only the faculty secretariat’s estimate at this time.

More violent assaults like rape have not taken place, according to the faculty’s information.

The young men who, according to the faculty, make up a ‘good handful of five to seven people’ have been described by the young women as Middle-Eastern-looking, the faculty says.

“We take this seriously,” says the head of the faculty’s secretariat Claus Aagaard Thomsen. He also says that the university has contacted the police “in the hope that they will give priority to coming past this area.”

In addition, the faculty has called upon its students via facebook to not walk around alone on Friday night on campus.

Claus Aagaard Thomsen says that the faculty has its own security guards, and that they will be deployed.

“It goes without saying that we will deploy more on Frederiksberg Campus, when there are student events,” says Claus Aagaard Thomsen.

According to a thread in a facebook group for students at Frederiksberg Campus the men arrived in the area in a ‘newspaper van’.

The faculty is aware of this and encourages students to take note of the registration number of the car if they can do this without putting themselves in danger.

The incidents on Wednesday featured in a variety of media beyond Uniavisen, including TV2, Radio24Syv, BT and Berlingske. These media also got a debate going.

Seasoned student politician (and a veterinary doctor since April this year) Svend Erik Garbus is critical of the University of Copenhagen’s readiness to act on this issue. The Faculty of Science chose to let the student, who herself had been harassed, spread the warning to her fellow female students not to travel alone on campus.

“Why should the message from UCPH come from a student on an internal Facebook group? Why was it not posted on the university’s own websites?” asks Svend Erik Garbus.

According to the Faculty of Science an official bulletin is on the way.

“When we were approached by the students yesterday afternoon (Wednesday, ed.), it was based on a relatively substantial communication on Facebook among students. Here it became apparent for students that this was more than an isolated case. In this context, we at the faculty said that it was fine that the students communicated about it,” writes head of the faculty’s secretariat Claus Aagaard Thomsen in an e-mail.

“We will also communicate through official Faculty channels. We will discuss this with student representatives at a meeting tomorrow (Thursday, ed.) at lunchtime. A message to the students will be sent out immediately after this.”