'Workers in Songs' wants to be vulnerable, up close 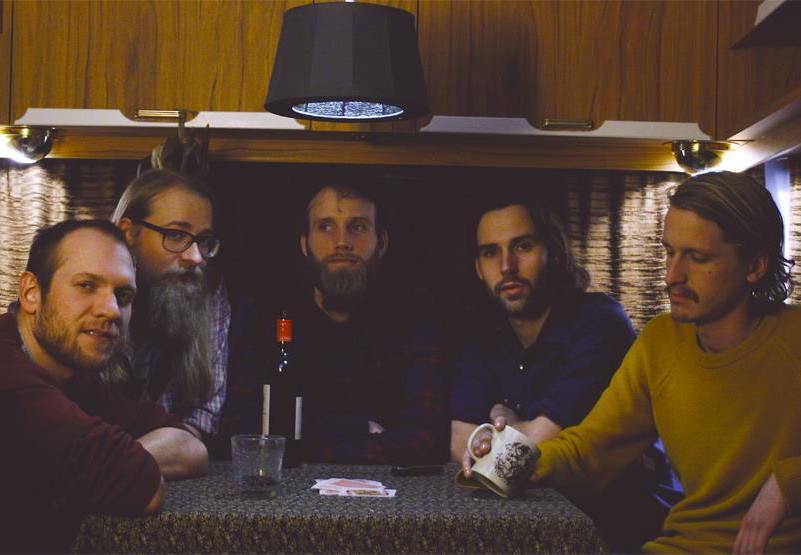 Workers in Songs, a band made up of UCPH and other Copenhagen-area students, is pioneering Americana and folk-country music in Denmark. Now they are going on a tour of Germany.

Vocalist Morten Krogh and drummer Jonas S. Jensen met when they were 11 years old in Hvidovre, while the rest of the band met around 2007-2008 when they were teenagers in Holbæk. ‘Workers in Songs’ formed by playing Tom Waits, Bob Dylan, and Leonard Cohen.

“Our band name is about not being too artistic and still putting work into what you do. It pulls you down to earth, and reminds you that there is craftsmanship to what you do rather than just pretending,” says Martin Krogh.

It took them four years to release their first album, but as soon as they got into the studio, the record was recorded in about four days.

”With 56 minutes of music, our first album was a little ambitious and unusual,” says Morten Dehn, ”normally bands release a hit single to the radio, and then a second single, and then eventually an EP. We had this long album with what we thought was some of our best material, and we released that first and now our third album is our EP.”

Now ‘Workers in Songs’ has three releases under its belt, with the latest EP Scrapbook released 2 October 2015. It features a more studio-refined sound while still capturing the essence of old-school live sound folk musicianship.

No gaps to the audience

Rather than just introducing each song by title and giving a brief shout out to the city where the venue takes place, the band members talk quite a bit with one another and with the audience when on stage.

”Nietzsche wrote that art has ‘taken away the audience’s opportunity to be a part of it’. We like to allow the audience to be so close that they can see the details, even the errors, and we use this to take down ourselves and the audience so that we can be vulnerable at the same level,” says Martin Krogh.

Ulrik Tarp Merridgaard supports this idea: ”We try to eliminate the gap between the audience and us as the performers. We make sure that we are never put on a pedestal, never pretending, and having a good time and partying with the audience. We want the audience to see us as normal guys who also make mistakes, and are not perfect.”

Workers in Songs will be on a tour to Germany from January 28-30 where they will play in Hildesheim, Hamburg and Kiel.