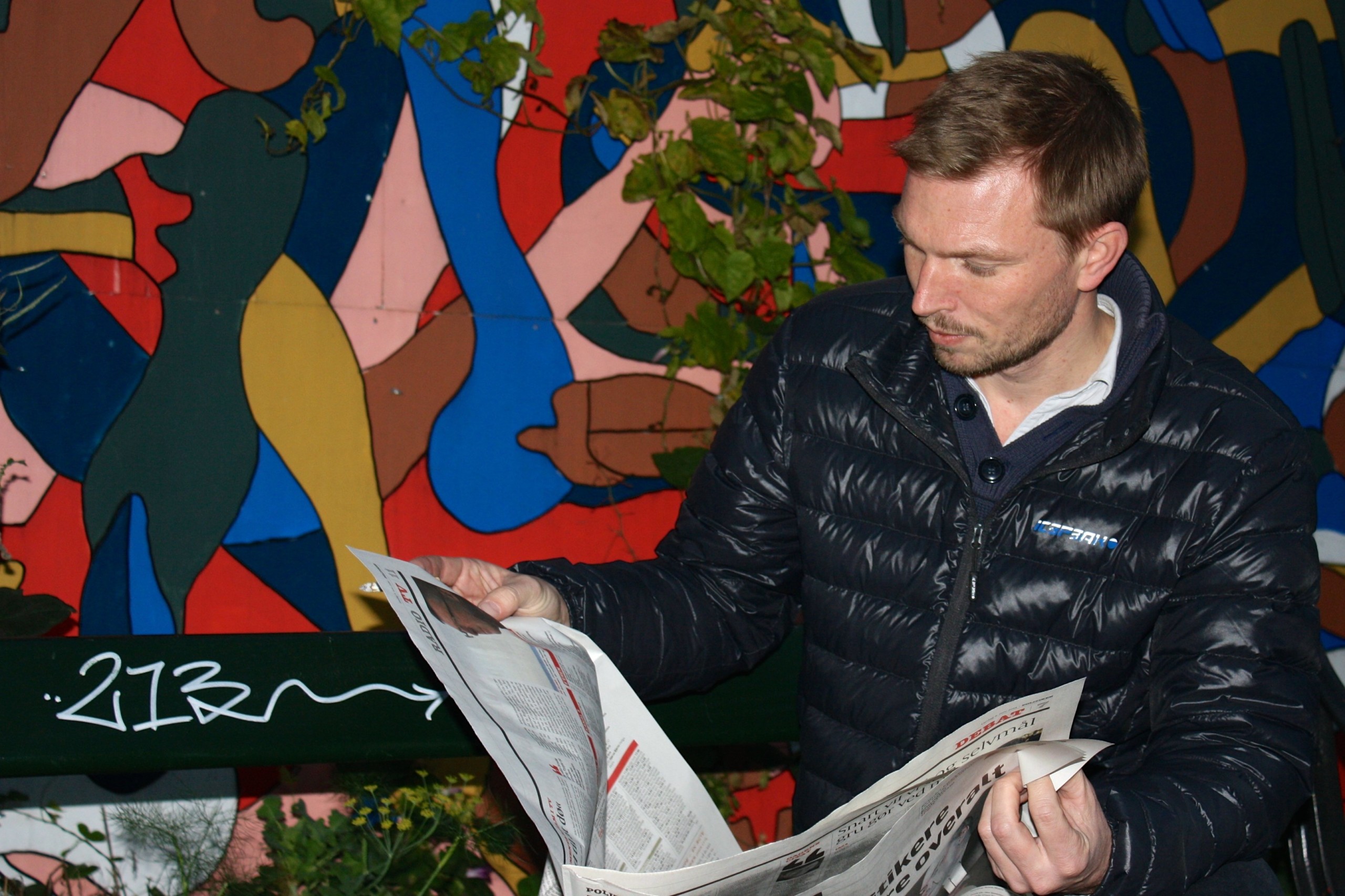 Do you think it is hard to become a filmmaker? It is possible for anyone, says established documentarist and UCPH graduate at CPH:DOX

He made the leap from history at the University of Copenhagen to being a successful documentary filmmaker. And he says that other students can too.

This year Christoffer Emil Bruun is on the 2014 CPH:DOX F:ACT Award jury. It will hand out a prize to a film which blurs the boundaries of documentary filmmaking and investigative journalism.

“Filmmaking has become much easier because of technological opportunities, and this means that you don’t need to go to the Danish Film School to make a documentary film, you can easily be an academic, an anthropologist, a historian, a student, a biologist, and so on, and create, or be part of the creation of, a documentary film,” he says.

Currently working as a journalist, Bruun highlights the many opportunities students and other amateur filmmakers have to get involved in the film industry.

Bruun started out at the Danish Broadcasting Corporation (DR), working in both radio and television for 10 years, before turning to academic study to attain a theoretical foundation. He began studying literature at the Open University, and later earned a Master of Arts in History from The University of Copenhagen.

“I found that I needed some more theory, some more knowledge, I wanted to have my own field, so I started to study history at UCPH, to have a common basis,” says Bruun.

The Affair in Prague

Bruun’s historical studies lead to the creation of his first feature film, dealing with surveillance in Eastern Europe during the Cold War period.

“I was very interested in that field, and I was interested also in the people that here, in Denmark and Western Europe, had contacts with the dissidents in Eastern Europe. I succeeded in finding a file in an archive in Prague, regarding a Danish journalist, intellectual and writer called Niels Barfoed, who had been in the Czech Republic – Czechoslovakia at that time – to support some of the movements down there, including Charter 77 with Václav Havel,” says Bruun.

Bruun’s documentary film, ‘The Affair in Prague,’ premiered at CPH:DOX in 2009, in collaboration with the Danish Film Institute under the program ‘New Danish Screen.’

The step from journalistic media to documentary film was, in fact, not a huge one at all, Bruun says.

“It just happened along the way. The documentary environment is full of good people, you have great peers. I had wanted, since the end of high school, to be a journalist and to work with media, so along the way, to produce a documentary was a goal, and it was achieved,” Bruun explains.

“The technology is so available, I think it’s not scary at all, and people should definitely not be scared about it. Film and media might seem like worlds which are difficult to approach, but that is not the case at all,” Bruun asserts.

However funding can be a little more difficult, Bruun concedes. “It is a competition, but if you really want it I am sure that it is possible. We have a good system and film institute here in Denmark, and we have good talent, and care for talent, so it’s definitely possible.”

One resource that student filmmakers can access is the CPH:DOX three-day workshop focusing on investigative journalism and contemporary documentary film-making.

“The program that they are running is called the F:ACT Academy, a course for people who want to get into making documentaries. It’s a very interesting and good project,” says Bruun.

And the most important thing to keep in mind when pursuing the dream of documentary film?

“As anywhere in the media world, the original story, the good original idea, that is what counts. If you have a good idea you can hook up with people in the production environment that can help you and can take care of the whole technical side. There are a lot of people out there who can help you,” Bruun says.

Bruun is excited about the calibre of films included in this year’s festival.

“There are so many interesting films, so just take the catalogue and explore. Use the opportunity to see as many films as possible; stories that you didn’t even know existed. There are a lot of opportunities to see something really great,” says Bruun.

He suggests that students check out some of the festival’s historical film pieces, including ‘1989’ by Anders Østergaard, which, using a unique technical approach, reflects history in a new and interesting way.

“I would also suggest the film by Josh Oppenheimer, ‘The Look of Silence.’ In 2012 he premiered one film about genocide in Indonesia, and now he’s made the number two. The first one he made was extremely interesting, and I’m sure this one will also be worth seeing,” says Bruun.

CPH:DOX wraps up this Sunday, but be sure to check it out before then.