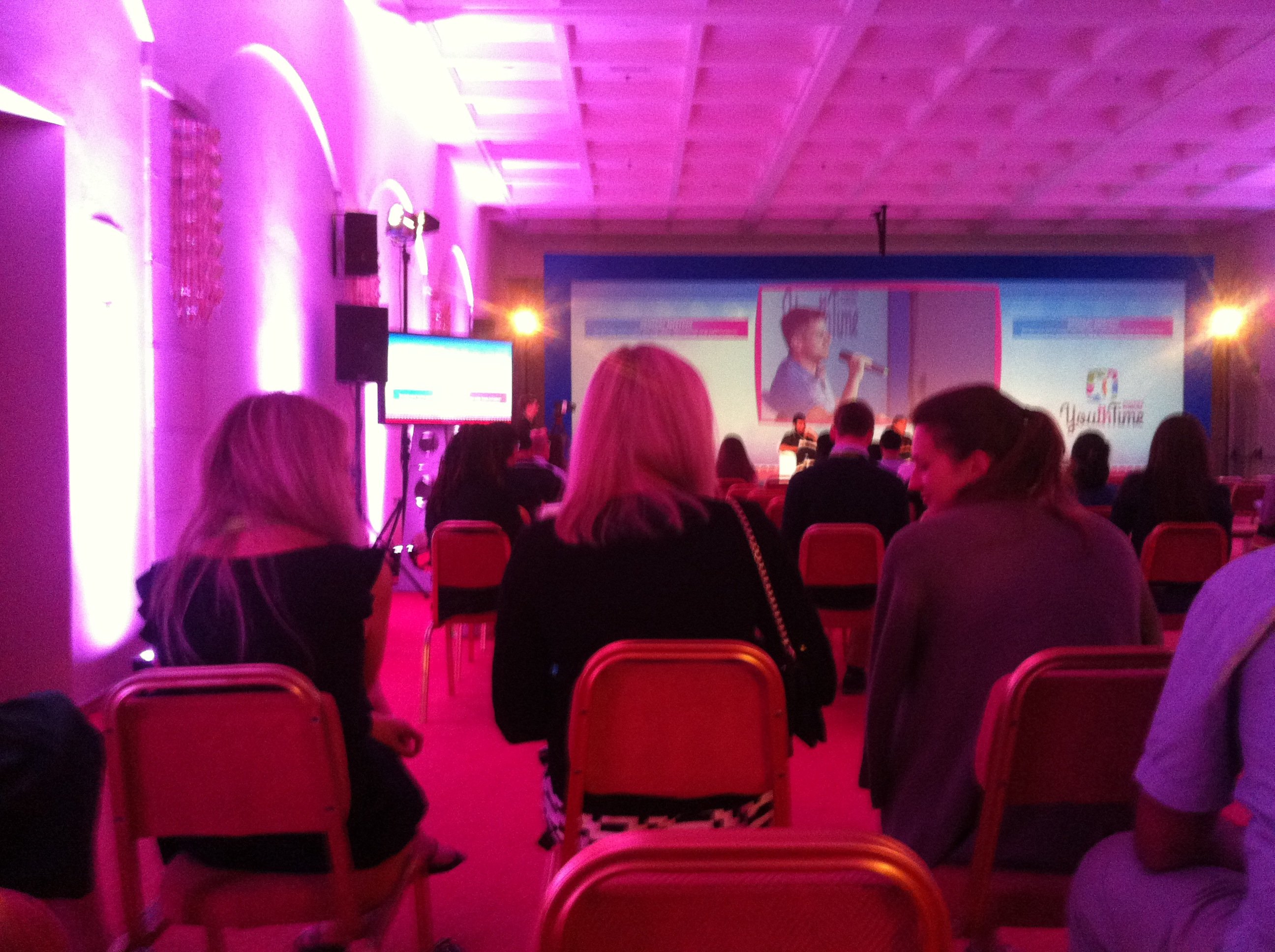 Attendees listen to one of the presentations at the Rhodes Youth Time Forum 2014.
image: Lena Rutkowski

Youth Time, an international youth development organisation, pulled out all the stops recently.

It had an island setting in Rhodes, Greece. It had glamorous beachside hotels. It had a packed schedule of workshops and prize money for social projects. And it had appearances by top Russian officials and the Czech President.

The themes were ‘Paradigm of Education’ and ‘youth diplomacy’. However, this year’s forum also ended up sharply focusing on the supposed emerging information wars between Russia on one side, and Europe and the US on the other.

But despite sponsorship from Slovakian Railways and Siemens, Youth Time’s profile still remains unclear. Is it a social entrepreneurship venture or a networking event for young people interested in development? And where does the information war fit in?

Russian official Vladimir Yakunin was a guest speaker at the Youth Time conference on the subject of ‘Information Wars’ and the bias in western media.

The head of Russian Railways, he is currently the subject of a US asset freeze due to unrest in Ukraine, and he had much to say on the US and EU representation of Russia. Youth Time was developed by attendees of the ‘Rhodes Conference on the Dialogue of Civilisations’, a forum organised annually by an NGO presided over by Yakunin.

I broadcast my own message

In a subsequent Q&A with the University Post and other journalists, Yakunin spoke about his own representation in the media: “I am not represented kindly. But I am also able to broadcast my own message, so I can’t complain”.

The ‘Paradigm of Education’ was the key theme of the forum, as pointed out by Youth Time founder Julia Kinash in another Q&A session. “This year it is about educational development and youth diplomacy. Every topic must have a social impact,” she said.

I asked her why then information wars was considered an important topic for the Youth Time conference.

“There is information warfare worldwide, it is especially difficult for young people to interpret this and understand what is happening. Younger generations can use the Internet and social networks, and can be more influenced by the information. And that is why it is very important to try to give young people more opportunities to better understand this,” she said.

Youth Time participants are invited to submit proposals for social entrepreneurial projects for a chance to see their vision realised with prize money.

At a final dinner, with an appearance from the Czech President Milos Zeman, Youth Time awarded funds to a project which plans to address misconceptions between Russia and the EU, and Russia’s image in the EU.

Zeman, who is the only European leader to have attended, had earlier spoken at the parallel conference Dialogue of Civilisations and according to English language website Radio Prague, called for the lifting of sanctions against Russia.

27-year old Urban Jaksa from Slovenia was one of two winners at Youth Time. His project ‘train of friendship’ will see EU and Russian youth representatives share a train journey through Russia for one month.

He says it will challenge “the predominant political and media discourse of mutual accusations and economic sanctions in both the EU and Russia” and turn cultural differences into a positive.

The aim is “to allow European participants to experience Russia in all its diversity, deepen their understanding of the country and get a more representative image of it.”

Editors note: Youth Time sponsored the travel expenses of the University Post journalist for this report.