Young voters turned on by X-factor 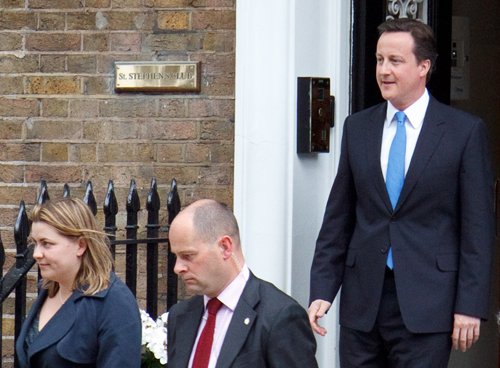 New marketing tools can bring voters and political parties closer together, and can increase voter turnout.

»Marketing is used to get more people involved in the political process, « he says, emphasizing the importance of packaging political ideas.

Harris, who is from the UK, says the recent election’s televised leader debates were produced by the same team that made popular TV programmes like X-factor – a show that has a wide viewership in Denmark and throughout the world.

»The number of young people who wanted to vote shot up after [the debate],« Harris says, explaining that young voters identified with the programme’s style.

»Engagement with the young is a big issue.«

Marketing turns on and off

His message was in line with the other lecturers at the conference, including Majken Schultz of Copenhagen Business School and Jørgen Goul Andersen of Aarhus University.

Each emphasized long-term marketing strategies to builder closer relations between the party and the voter.

»It’s about the way that we involve citizens, and we can use marketing to turn them on, or turn them off,« Harris says.

None of the presenters attached much importance to social media, despite the well-known success it played during U.S. President Obama’s 2008 campaign.

»We automatically think social media is a big turn-on for voters, but it’s just part of the process,« Harris says.

He was thankful for the availability of geo-demographic data to understand the political landscape.

»The big issue today is how we target different generations,« he says, adding that a higher voter turnout is possible if parties became more strategic.

»Political marketing is an exchange process between the party and the voter,« he says.