Your summer soundtrack for 2014 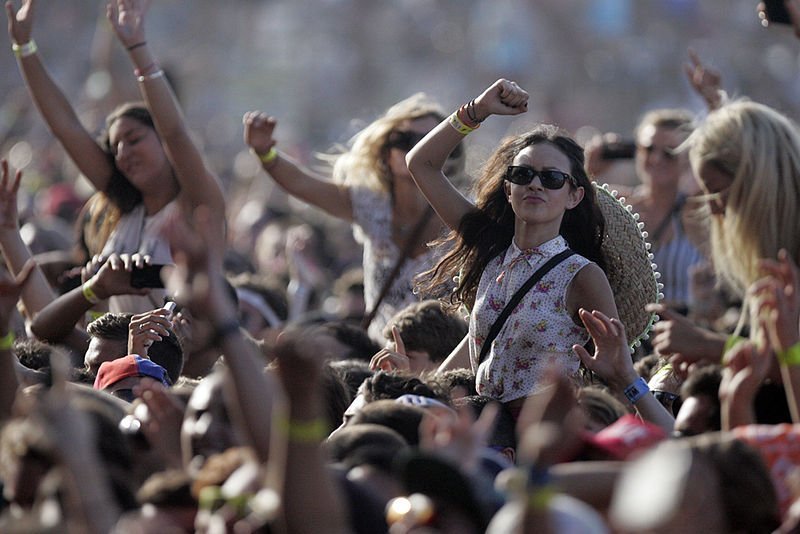 Check out our perfect soundtrack for your summer – ten songs from 2014 filled with sunshine, joy and freedom

Although it’s easy not to notice that the summer has begun when you spend your days surrounded by library walls and tons of books, it is indeed in full throttle. Just like you, the University Post will be heading for a well-deserved break in July, but we leave you with a treat – our summer playlist that will make the sun seem brighter, wind feel lighter and your drinks taste sweeter.

Listening to Real Estate is like swimming in clouds, so no matter which song you choose by this American indie rock band, it will sound like a perfect summer tune. Be it a road trip, a grill party, a chill in the park or a lazy day on the beach: their cute upbeat melodies will make your feet tap to the beat and your body sway from side to side.

This LA band constantly proves that girls can also make good indie rock/dream pop music. They released their third studio album Too True this year and have recently released the latest single from it, called Too True to Be Good. As most dream pop songs, this one also sounds very dreamy, free-spirited and light or just right for carefree summer holidays.

Singer-songwriter Kristian Finne Kristensen a.k.a. Chorus Grant has been blowing up the Danish music scene this year. His critically acclaimed debut album Space was released back in February, but it is filled with sunny tracks and soothing melodies, and the latest single Godplans/Taxi Off the Password is no exception. A perfect soundtrack for warm summer evenings.

This contreversial songstress has just released her third album, therefore making it inevitable for the the new songs to become summer anthems. The first single, West Coast, is a slow-paced very Lana-Del-Rey-type love song that was produced by The Black Keys frontman Dan Auerbach. Its sultry vibe is quite impossible to resist making it especially suitable for very hot summer days.

Tussilago is an up-and-coming band from Sweden that have oddly named themselves after a kitten found in a garbage bin by a band member’s mother. They are about to release their debut album this autumn and Say Hello is their latest single to be included in the forthcoming LP. It is a relaxing progressive pop-rock tune that is suitable for lazy summer days and music festivals. Plus, it is accompanied by a fabulous music video!

Indie four-piece Carnival Youth is the most popular new band in Latvia right now and they have a huge potential to become the next big thing in the country. You might recognize their single Never Have Enough from the Carlsberg Nordic beer commercial – it is a pure summer anthem about enjoying all the good things in life and, well, never having enough of them. And let’s face it – we can never have enough of sunshine and holidays.

If you’re regularly listening to DR P3, you have heard this song at least three times a day for the past four months by now, so it would be unnatural if we didn’t include it in our summer playlist. Although the original song was released in November 2013, it wasn’t until the release of Robin Schulz’ remix that it got its major recognition. ‘Waves’ has summer hit written all over it – a gentle guitar riff, a catchy house beat and the urge to go swimming in the sunset everytime Mr. Probz sings ‘wave after wave’.

Altough plenty of people are pretty sceptical about Foster the People’s sophomore album, you cannot deny that their latest single Best Friend is a true party song. It combines their previous sound with some epic sax, over-the-top beats, and an incredibly catchy chorus. This is definitely the one that you want to turn up louder and lose yourself to.

British four-piece Glass Animals is the new buzz band at the moment. They have just released their very mythical and tropical debut album ZABA and already have phrases like ‘debut of the year’ being thrown at them. If you are a fan of Wild Beasts’ sexually energized sound and whimsy electronica, this band will be right up your alley. Here’s their funsome latest single Pools.

These fine British lads already brought a little bit of summer to Copenhagen when they played a concert in Vega back in February and they returned with more when they played the NorthSide festival in Århus. The reason why their latest studio album So Long, See You Tomorrow sounds soaked in sunlight is frontman Jack Steadman’s obsession with exotic samples, which makes the whole album sound like a trip around the world. ‘Luna’ is one of the stand-out tracks on the album and combined with up-and-coming artist Rae Morris’ stunning vocals, it captures the true feeling of summer and neverending freedom.