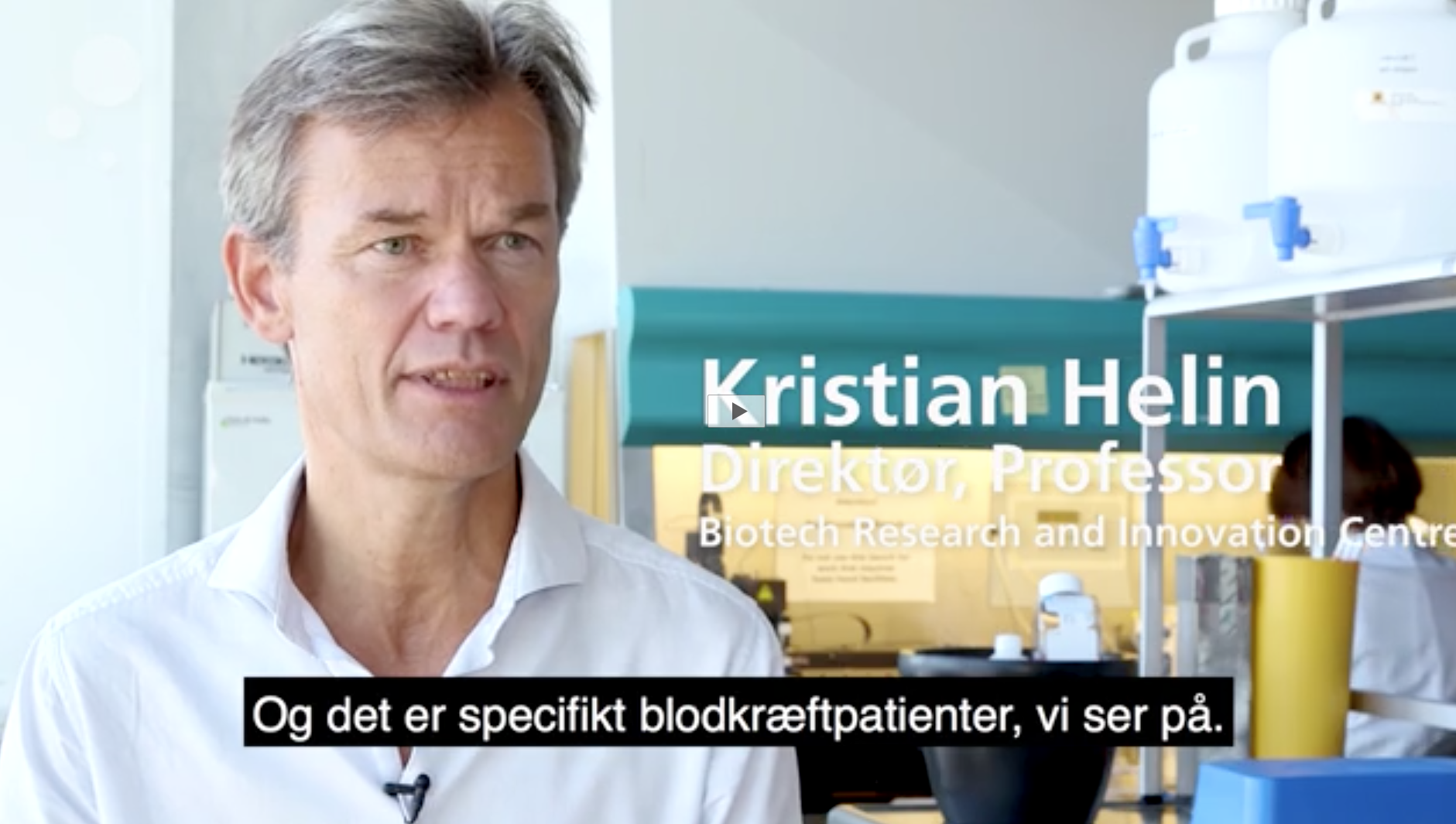 Professor Kristian Helin talks about how the grant is to be used in a video clip on the University of Copenhagen's website.
image: KU / screenshot fra video på ku.dk

It is the latest huge grant from the Novo Nordisk Foundation to UCPH. Researchers are to find new treatments for two types of blood cancer. The development of drugs for these diseases came to a standstill many years ago.

“As a scientist you find out that at some point it is fun to publish, but it is even better to influence how patients are treated. That’s my angle,” says Kristian Helin.

He is a professor, the director of the biomedical research center BRIC at the University of Copenhagen (UCPH), and now the head of a brand new research programme at UCPH which has been launched with a grant of DKK 100 million from the Novo Nordisk Foundation.

The money is to go to the development of new blood cancer treatments.

“We want to develop new therapies and make better use of existing drugs,” says Kristian Helin. “We take the research results we have into the clinic – and the results we get in the clinic into research.”

The research is to take place in the stem cell centre , which has been built up with two large previous Novo grants.

The Novo Nordisk Foundation has donated a total of DKK 685 million to the stem cell center since 2010. Cancer stem cells are interesting because they are often resistant to treatment and give rise to new tumors.

Research programme can be extended nationwide

“The grant has allowed us to employ two new research managers at the stem cell centre and at BRIC, so the money does not only go to existing research groups,” says Kristian Helin.

“We have already recruited a professor from Finland and we have set up a position as head of research. We get new people to the university, and I think that’s important.”

The research project also involves clinicians from Copenhagen’s hospital Rigshospitalet, and a clinical academic group with people from the hospitals in Herlev and Roskilde. Kristian Helin is hoping to receive support from the Danish Cancer Society’s national research fund to expand the research to all the country’s hospital departments.

“In recent years, institutional boundaries have been broken down slightly when we work with major research projects. We know more and more, and we need to try to convert this knowledge into direct treatment,” says Kristian Helin.

One task is to collect and characterize patient material, i.e. cancer cells. If you have cells, you can then test the effect of new drugs on them, and you can use them for genetic screens to find new targets for medical treatment.

In preclinical trials, researchers will often implant human cancer cells into mice and test new treatments on them.

According to the Danish Cancer Society, approximately 100 men and 80 women in Denmark get AML every year, and the disease has a high mortality rate. MDS affects around 230 people a year in Denmark, and many get the disease as a chronic condition, that is, they live with MDS and get treatment for it.

If the researchers succeed in developing a new treatment for the two diseases, it will be a breakthrough.

“Clearly, there is a need for better treatment,” says Kristian Helin. “In the case of AML, there has been virtually no new treatment options over the past 40 years. Generally, about 30 per cent of patients survive over a five-year period, and this is, of course, not good enough. With MDS you can survive for much longer, but the disease often develops into a secondary AML. The diseases have many common features. ”

Kristian Helin says that the researchers will try to limit themselves and keep their focus.

“The hope is that we can make a difference by focusing. And that we can later gain more resources and transfer the way we work to other types of cancer.”

UCPH research has also previously been significant for Novo Nordisk. In 2009 it was able to put the lucrative drug Liraglutide on the market. It was based on University of Copenhagen research.

There is also an extensive exchange of employees between UCPH and Novo Nordisk.

In total, the Novo Nordisk Foundation has spent around DKK 2.5 billion on research centres at the University of Copenhagen since 2007. 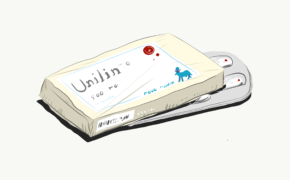 Friends with benefits: UCPH and Novo go to the next base