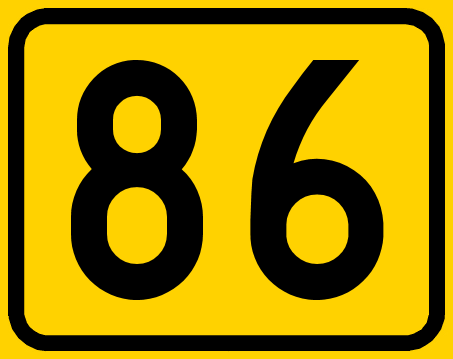 Approximately one percent of participants in a recent workplace assessment study have experienced sexual harassment. One percent may not sound like a lot, but behind the figure are 86 employees.
image: Wikimedia Commons

Workplace environment — The University of Copenhagen’s guidelines for handling offensive behaviour have been the subject of great debate recently. A new study of the psychological work environment concludes that more than 300 employees have been victims of bullying and harassment in the past year.

In the past year, 86 employees of the University of Copenhagen report having experienced inappropriate sexual advances from colleagues, superiors, or students. This according to a new workplace assessment, a so-called WPA, conducted by Rambøll on behalf of the university. 78 percent of all of the university have participated in the study.

According to the 2013 WPA-report, 87 employees were subject to what they deemed inappropriate sexual advances in 2012, a number that resonates with previous findings from 2008-2009. In 2016, when the most recent WPA was completed, the number had gone down to 67, but is now up again. The 86 employees make up one percent of the study’s total number of participants.

The study asks participants to specify the source of the sexually inappropriate behaviour. 70 percent of participants say ‘colleagues,’ 24 percent say ‘a superior,’ and 17 percent say ‘student or other.’ Only 3 percent report having been harassed by ‘a subordinate.’

In this year’s report, 295 employees state that they have experienced workplace bullying over the course of the last year. 23 three have been threatened with violence, and 3 employees have been victims of violent assaults. All three figures are lower than those reported in 2016, when 318 employees reported having experienced bullying, 33 had been threatened with violence, and had been victims of violent assaults.

Employees who have experienced harassment – whether it is of a sexual nature, bullying, or threats of violence – have more sickness absence, according to the WPA.

Employees who have experienced harassment – whether it is of a sexual nature, bullying, or threats of violence – have more sickness absence.

Bullying at the University of Copenhagen was, however, much more prevalent ten years ago, when 10 percent of participants reported bullying. That figure has been reduced to 4 percent in 2019.

According to the guidelines, the University of Copenhagen has a zero-tolerance policy with regard to bullying, sexual harassment, and other types of behaviour that are offensive to employees and students.

Since 2018 the guidelines have stated that »The employee’s/student’s experience of having been subjected to offensive behaviour is the starting point,« but after much debate on the issue, this statement has been removed from a new version of the guidelines.

In a draft of the revised guidelines, it is stated that »The University of Copenhagen takes as its starting point offensive behaviour as defined by the Danish Working Environment Authority (DWEA).« According to the DWEA, »it is irrelevant whether an offensive action is a result of inconsiderate behaviour or an outright intention to harass. It is the individual’s experience of having been subjected to offensive behaviour that is central to the issue.«

The workplace assessment is based on the experiences of the employees.

University employees are proud of their workplace but want change

Generally speaking employees of the university are happy and proud of their work, according to the workplace assessment.

They are, however, very busy, and the university scores low on statements such as ‘I feel I have adequate time to complete my research tasks/teaching obligations’; ‘I rarely experience that my work takes up so much of my energy that it affects my personal life’; and ‘I rarely experience feeling stressed to the point of it affecting my physical wellbeing.’

The university also has a low score on statements such as: ‘The annual performance review has contributed to my further development in my job’; and ‘New ideas are encouraged and supported in my department.’