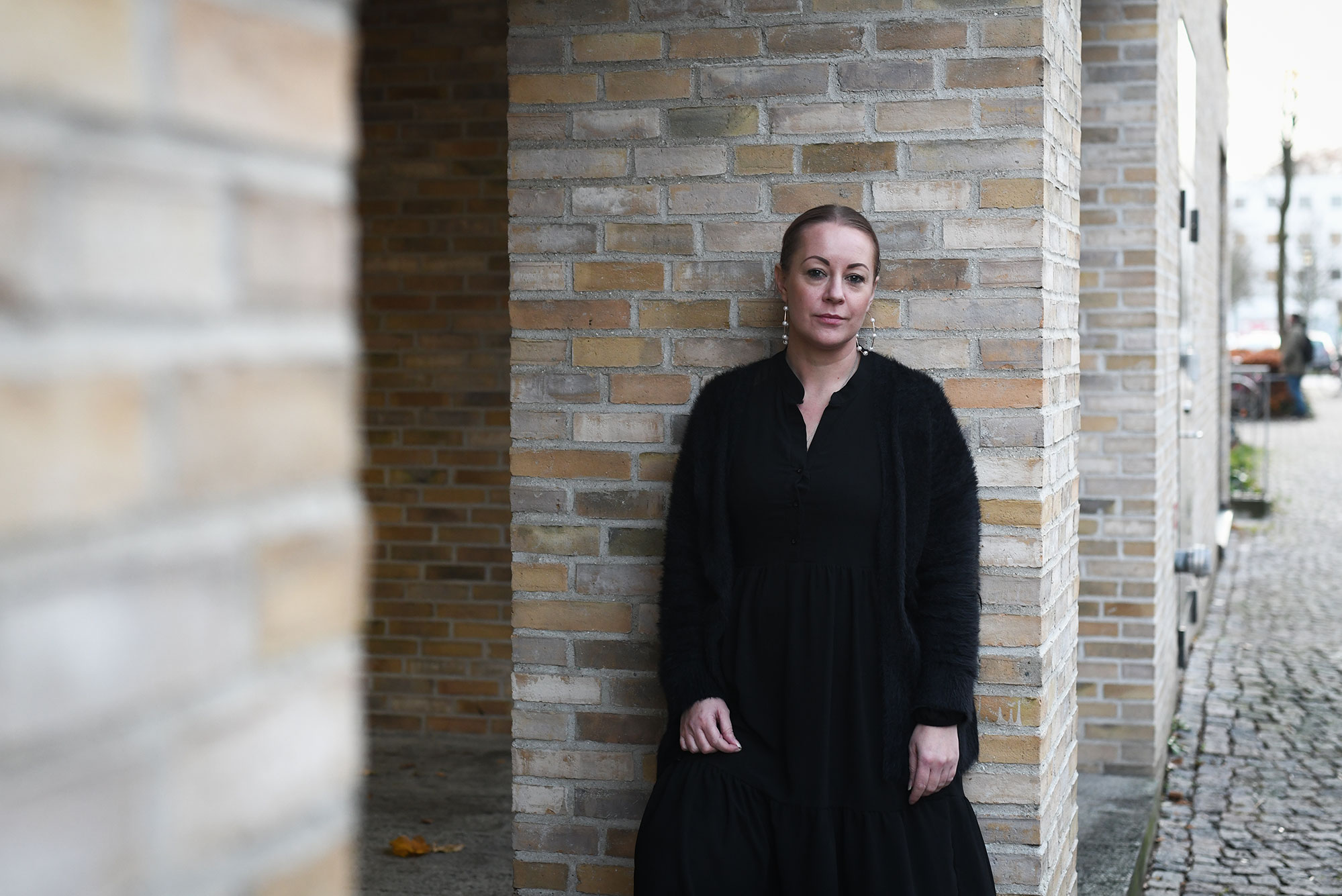 Maria Edwards is a temporary assistant professor in clinical nutrition. Now the study programme appears to be slated for closure.
image: Rasmus Friis/Uniavisen

More than 800 people have signed an open letter protesting a proposal by the management of the Department of Nutrition, Exercise and Sports to close the master's degree programme in clinical nutrition. The decision is a direct consequence of a government plan to relocate university programmes out of Danish cities.

Denmark looks like it will soon lose its only master’s degree programme in clinical nutrition.

This will be the consequence of a recommendation submitted to the University of Copenhagen’s rectorate by the management of the Department of Nutrition, Exercise and Sports. The recommendation states that it will discontinue admissions of new students on the programme starting summer 2022.

The closure is a direct consequence of a relocation agreement, supported by a wide majority in the Danish parliament, which requires universities in cities to cut back or relocate up to ten per cent of their student admissions.

According to Maria Edwards, a temporarily-hired assistant professor in clinical nutrition, it would be »a disaster« to close the master’s programme:

»We are making a difference for the wider public, for the elderly in nursing homes, and for patients in hospitals,« she says.

»If we are to provide the best treatment for them, we need to focus on research in clinical nutrition, and we need to produce highly specialised employees. They won’t be there if they remove our degree programme.«

She, and 65 graduates from the clinical nutrition programme, sent an open letter to the management of the University of Copenhagen on 22 November, where they urged them to retain the master’s degree.

At time of writing, the letter has received 844 signatures, and a large number of experts in the field have expressed their support in the comments thread:

»It is crucial that we have a master’s degree programme in clinical nutrition. If it is closed, the patients will be the losers, and the public’s general state of health will be negatively impacted,« one of the signatories writes.

»It is completely absurd to have to close the programme, as it is the only one that educates people on nutrition for the sick and that leads to research on the topic,« another one writes.

And this continues over hundreds of comments.

Maria Edwards offers one explanation for why the master’s degree in clinical nutrition appears to be lined up for closure:

There are typically only about 20 students in a year cohort, and it is a small study environment with only three researchers employed, and little in terms of external funding. At the same time, the Department of Nutrition, Exercise and Sports is also responsible for a Human Nutrition programme. This programme has a larger research environment and is in English, so international students can study it. It is the department management’s plan to set up a specialisation in clinical nutrition within the Human Nutrition programme.

But Maria Edwards and her co-signatories maintain that it is a mistake to close the master’s degree programme.

Nikolai Baastrup Nordsborg, Head of the Department of Nutrition, Exercise and Sports (NEXS)

If there are no graduates in clinical nutrition who concentrate specifically on the diet for the sick, it may, according to Edwards, result in longer and more serious diseases in the hospitals, more infections, and more widespread malnutrition.

The chairmen of the two unions Diet and Nutrition Association and the Academic Society for Clinical Dieticians argue the same point in a featured comment on the Altinget news site.

Exact numbers on how much malnutrition costs Danish society are not available, but the Danish health authority mentioned an additional cost of up to DKK 6 billion in Denmark in 2017 based on calculations from a Dutch study.

»Letting the relocation agreement hit a study programme like ours, is an example of the kind of inside-the-box thinking that only focuses on short-term finances. They don’t even consider the fact that our graduates save lives and save costs to society somewhere else in the system,« says Maria Edwards.

Forced to do it

Department head Nikolai Baastrup Nordsborg is not enthusiastic about the prospect of having to shut down the master’s degree in clinical nutrition. But it was impossible to avoid this decision, he says.

With the reduction requirements stemming from the relocation agreement, it is no longer tenable to maintain two master’s degree programmes in nutrition at the department. One of them has to go. And it will be Clinical Nutrition because Human Nutrition has a weightier research environment and is offered in English. This gives the subject »international opportunities,« says the head of department.

READ ALSO: Humanities to slash student admissions by 24 per cent

That is why the only master’s degree in clinical nutrition in Denmark is slated for closure. Will Danish society feel the consequences of this loss of knowledge?

»There is no doubt that the consequences of the regionalisation plan and the reduction of student places at the University of Copenhagen will have many adverse effects. And I understand those who argue that this decision will have effects that are undesirable.«

One instructor says that the decision is »a disaster« for the clinical nutrition field. These are strong words. Has this lead to you consider rethinking this decision?

»We have considered everything that has been proposed. This does not mean that we think it is a good idea to close the programme. There has been a requirement, and we have had to find a solution.«

Many professionals in the field say that the decision will have serious consequences for our healthcare system and for the treatment of elderly people and patients at the hospitals. This sounds pretty serious. Are they right?

»I think that they should be allowed to have this standpoint. I hear what they say, and of course it has been included in our deliberations, but as I said before: We have been given this requirement, and when we offer this recommendation, it is not because we think it is a good idea, but because we are forced to do so.«

Maria Edwards agrees that it is the politicians that bear the main responsibility. The relocation agreement has »not been well thought out,« she says, adding later that it is »nuts«.

They don’t even consider that our graduates can save lives

But she does not believe that the university can shirk its responsibility. The department management team has forgotten to take on the societal perspective, and has thought too much about short-term finances, including the attraction of private sector research funding, she says.

»Both the university and the politicians should take their societal commitment seriously. This means that we need to take care of the degree programmes that benefit our citizens,« says Maria Edwards.

Nikolai Baastrup Nordsborg rejects the claim that short-term financial considerations are behind the department decision to select Human Nutrition over Clinical Nutrition. It is about the weight of the research environments and the international opportunities, he repeats.

He insists that the responsibility is primarily political.

»It’s not just about money for the university. Everything the University of Copenhagen does is for society, so when you cut ten per cent in admissions, this will have consequences for society,« he says.

In spite of the pressure then, it appears that the recommendation remains on the rector’s desk. The university is to send a final plan to the Ministry of Higher Education and Science no later than January.

And it’s not just clinical nutrition that the rectorate has to deal with. The master’s programme in clinical nutrition accounts for only a fraction of the 1,590 student places in Copenhagen – 470 of them at the Faculty of Science – that the University of Copenhagen must either cut or relocate up to the year 2030.