Al Zubarah - the Pompeii of the Middle East 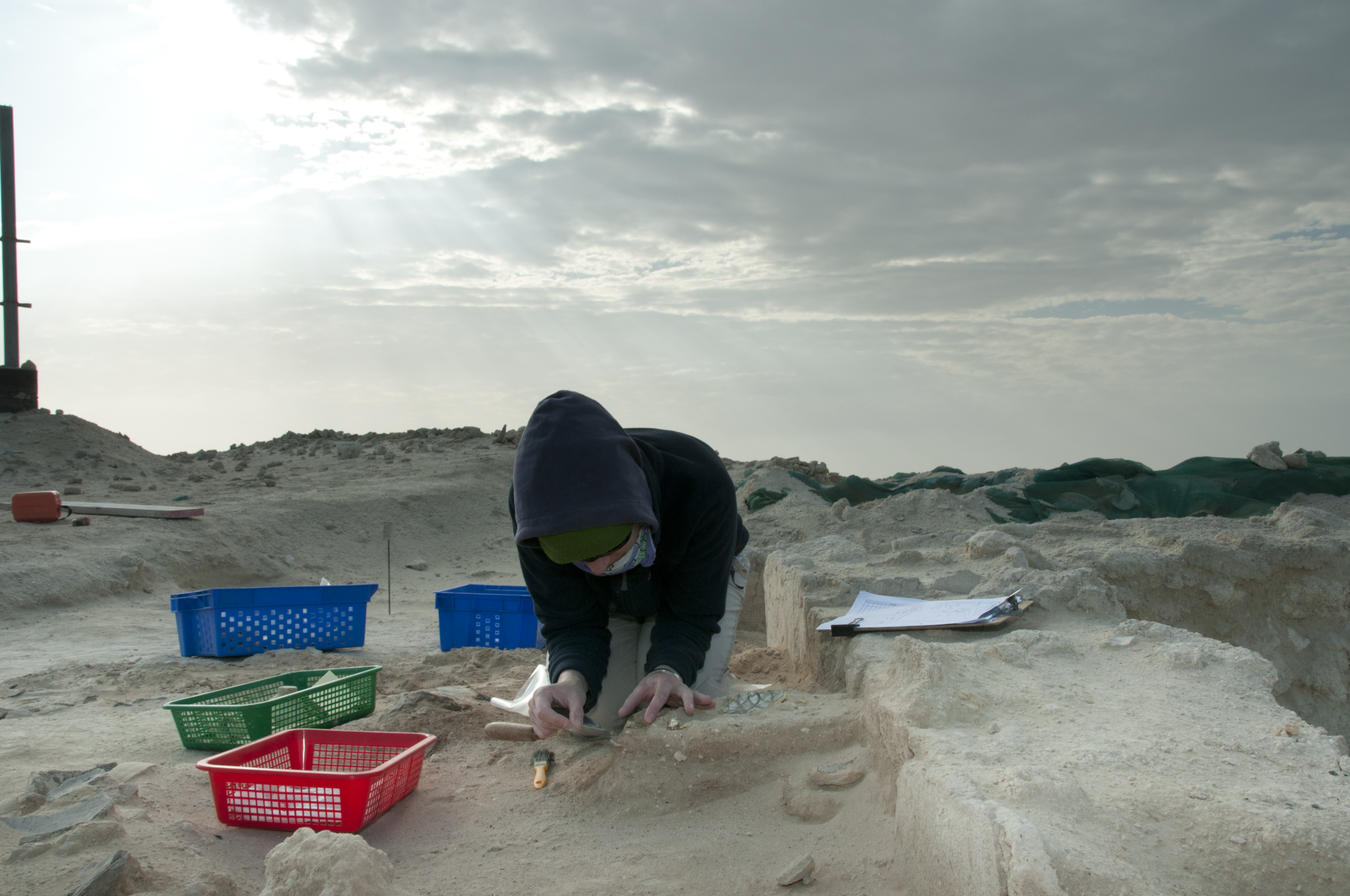 Twenty University of Copenhagen scientists are living out an archaeological dream in the form of a full-time, decade long excavation of an old cosmopolitan trading hub in Qatar

For Qatar, the Al Zubarah dig is a well-preserved link to its history with which the still-young state can forge its identity. For the Department of Cross-Cultural and Regional Studies (ToRS) at the University of Copenhagen, it’s a chance to explore new methods with a Qatari-scale (read: vast) budget at their disposal.

From 1761 and until its destruction at the hands of the Sultan of Muscat in 1811, the harbour city of Al Zubarah flourished as a trade nexus between Asia, Africa and Europe. The city was established as a ‘free trade zone’ (no tax) by its founders, Utub merchants from Kuwait, and it is presumed that this is the reason it was destroyed.

The subsequent years saw Al Zubarah covered in sand and thus frozen in time – a bit like a Middle Eastern version of Pompeii, the Roman city covered and preserved by the eruption of a volcano. Al Zubarah was just one of many – likely, competing – trade cities on the coast of the Persian Gulf, but is unique today as a well-preserved testimony to the pearl-diving trade that sustained early Islamic coastal towns until the 20th Century, leading to the formation of small independent states that served as the foundations of the modern day Gulf States.

“We’re vacuum-cleaning on a grand scale, and even if UNESCO would allow it, it’d take a thousand years to clear all the sand from the site,” says Ingolf Thuesen, Head of ToRS and responsible for the Qatar Islamic Archaeology and Heritage Project. “But we can already see that the city was planned with streets, quarters, markets, palaces and mosques, all protected by a 2.5 km long city wall with towers.”

So far, Thuesen’s team has unearthed just three percent of the city, which covered roughly one square kilometre. The goal is to reach 15 percent when the contract ends in 2019. Any more than that is too risky, and thus not allowed with Al Zubarah’s place on the UNESCO World Heritage List.

It is a challenging and risky process: Temperatures reach 50 °C in the summer, and powerful storms coming in from the ocean, as well as sandstorms and salt both from the underground and the sea, make the porous buildings crumble when exposed. To this end, the scientists have developed brand new conservation methods, and written a several hundred page long conservation handbook and a management plan for the upcoming archaeological park that the Al Zubarah project will eventually lead to.

The World Heritage Site status is important to Qatar’s identity, according to Ingolf Thuesen: Qatar didn’t achieve its independence until 1971, when the Brits withdrew. “Every national state needs its historical roots and a story to tell itself that its people can be proud of,” says Ingolf Thuesen, adding that national well-being is also partially dependent on international reputation and approval.

Over the last couple of years, the international view of Qatar has largely been shaped by its breaches of international labour standards in connection with construction work for the 2022 World Cup. In 2012, Human Rights Watch accused Qatar of exploiting and abusing the South Asian migrant workers, and the following year, the Guardian ran an exposé revealing extortionate recruitment fees, routine passport confiscations and dangerous, slave-like conditions for Nepali migrant workers.

Though laws are still vague, the Qatari Department of Labour has vowed to ensure decent labour conditions. Ingolf Thuesen stresses that worker conditions have been as they should be at the Al Zubarah site:

“We make sure that proper conditions are in place when we hire labourers, otherwise we can’t be a part of this. But the authorities haven’t asked anything else of us either.”

So far, Qatar Museums Authority has paid ToRS DKK 100 million for their services, and by 2019 that number will have doubled. This has meant that it was possible to secure the site a place on UNESCO’s World Heritage List in record time, as the only well-preserved city from the 1700’s in that part of the world. This is a process that normally takes 10 years, but which they managed in just four by increasing the staff total to 120 in 2011.

As a positive side-effect of the project, ToRs now has a working relationship with Maersk Oil, and uses their advanced rock sampling equipment to conduct chemical analyses of found objects. In this way, the scientists have traced ceramics to Holland, China, Japan, Iran and the entire Gulf region, mapping out the 1700s global trade network. A Japanese company has also developed an interactive app that allows the 10,000 guests visiting the site every month to see 3D models of the original buildings.

All in all, the Al Zubarah dig is a scoop for the UCPH scientists. It has allowed a staff-body of 30-40 people to work full-time, including archaeologists, historians, biologists, geologists, chemists, conservators, cultural heritage mediators and project management experts.

“We have resources to work in ways that aren’t normally an option – new innovative solutions and ways of collaborating.” says Ingolf Thuesen, and adds:

“This is a cultural heritage project that extends well beyond archaeology.”