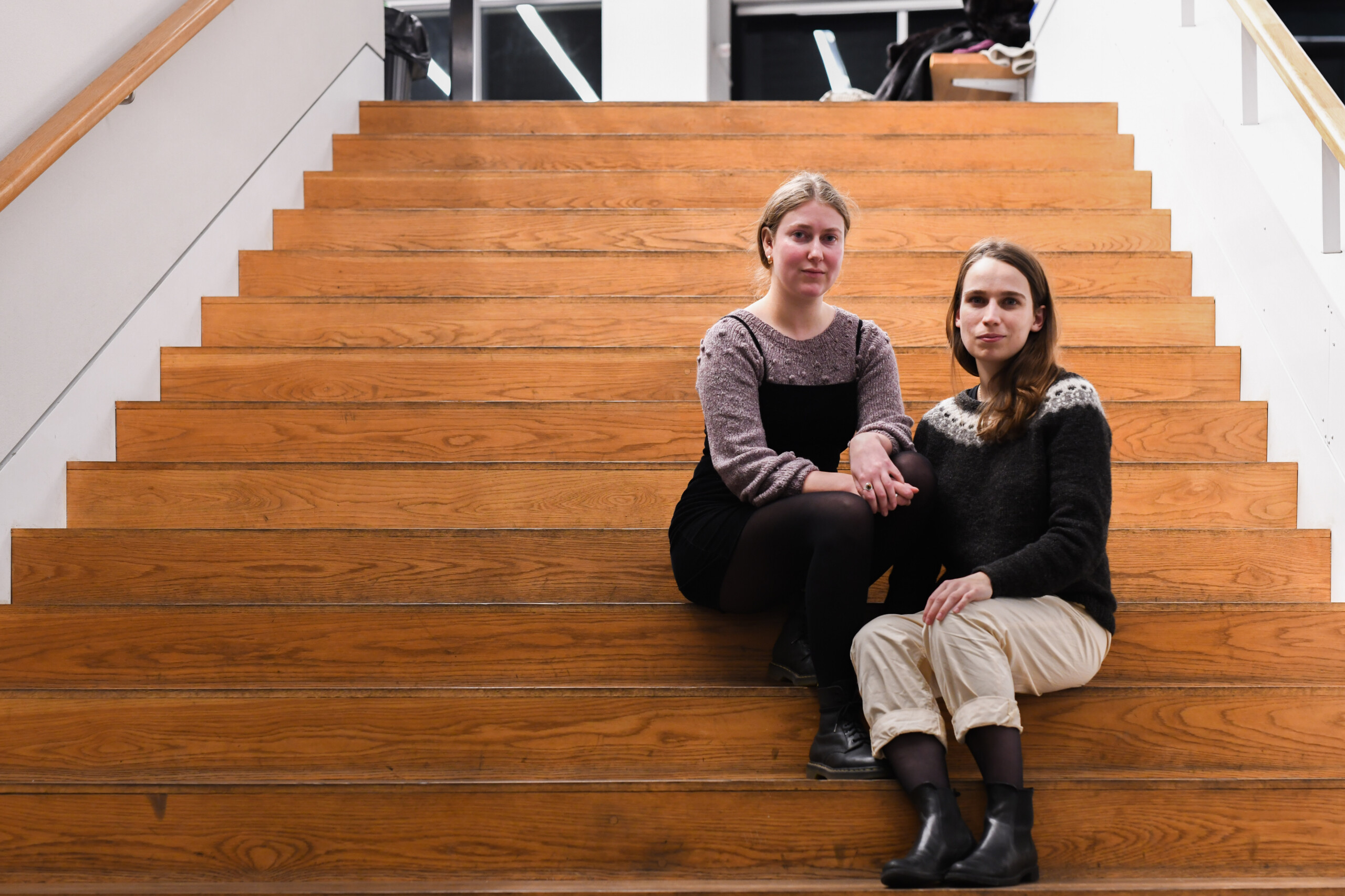 Relocation plan — A group of students wants to rally their fellow students for battle: A battle to stop the cutbacks resulting from the Danish government's plans to relocate student places outside Danish cities.

Students at the Faculty of Humanities are just not angry enough.

This is according to students Emma Kisch and Cathrine Gyldenkærne Døssing, who have started the movement Angry Humanities Students. At an information meeting on 1 December, they attempted to make their fellow students aware that there is actually a lot to be angry about.

Around 100 students had turned up in the canteen at South Campus on this Wednesday afternoon, and there is just one item on the agenda: The Danish government’s relocation plan that cuts student places in cities.

The humanities subjects will be particularly hard hit by the proposal. In accordance with the plan from the Rector’s Office, a total of 24 per cent of the faculty’s student places are to be cut before 2030. Emma Kisch and Cathrine Gyldenkærne Døssing both helped organize a 2019 blockade of the faculty, and now the same rebellion is needed from the students, they reckon.

»Before the corona pandemic, there was a will to fight, and a strong activist spirit among students, but this has died down a bit during the lockdown. There are a lot of students who have not known exactly what was on the way. So somebody has to start things up again and put resistance in process.«

»We are really frustrated and angered about what is happening,« says Emma Kisch. 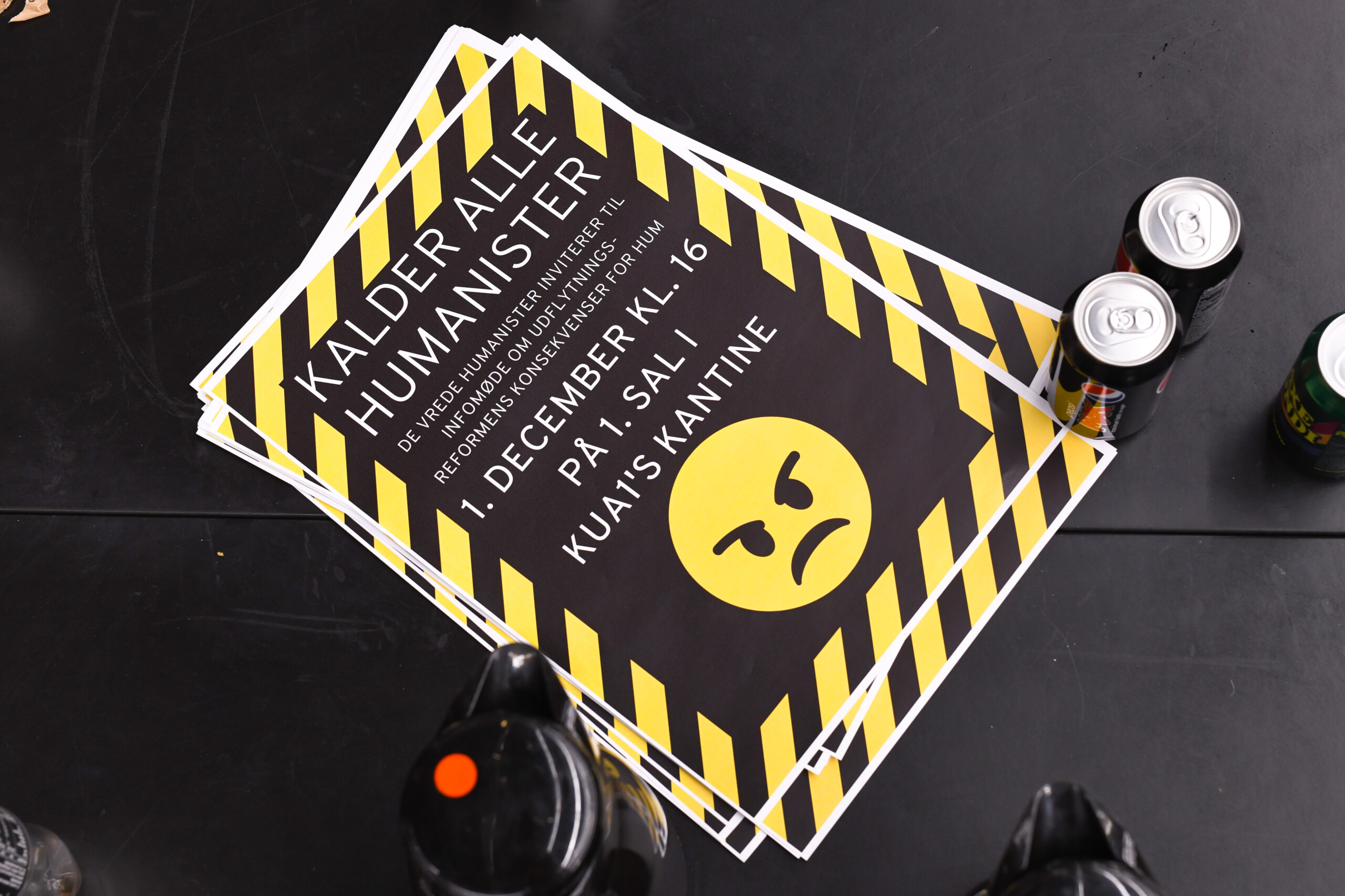 Need to stand together

Today’s meeting is to make the students more aware about what the released cuts in study places will mean for them. And, not least, for future students.

»There are some angry humanities people out there hiding somewhere,« says Cathrine Gyldenkærne Døssing.

There are some angry humanities people out there.

Kevin Olesen, chairman of the Student Council and Brian Arly, staff representative and associate professor in the sociology of religion, are to deliver a presentation and answer questions from the students. They will subsequently work on what they can do to get the politicians attention and stop the cuts.

»It has been a long time since anyone has chucked some paint at the prime minister,« one of the students says, mostly in jest.

According to the two initiators, the most important thing is solidarity between all the universities and faculties. For this reason, the Angry Humanities Students group and the Angry Students group, which the humanities people are a part of, have supported protests against similar cutbacks at Copenhagen Business School.

»It is important to us that it is not an internal battle between the faculties or between the universities, because we are all affected by it. It would be easy for us in the humanities to say, ‘now we are the victims again, the other faculties should take more cuts’, but this would not be good for our cause,« says Cathrine Gyldenkærne Døssing.

The angry humanities students group also hopes to get the employees on their side.

»It helps to have a lot of people on the same team. Then the politicians can’t just say that we’re just a bunch of left-wing angry humanities students,« says Cathrine Gyldenkærne Døssing.