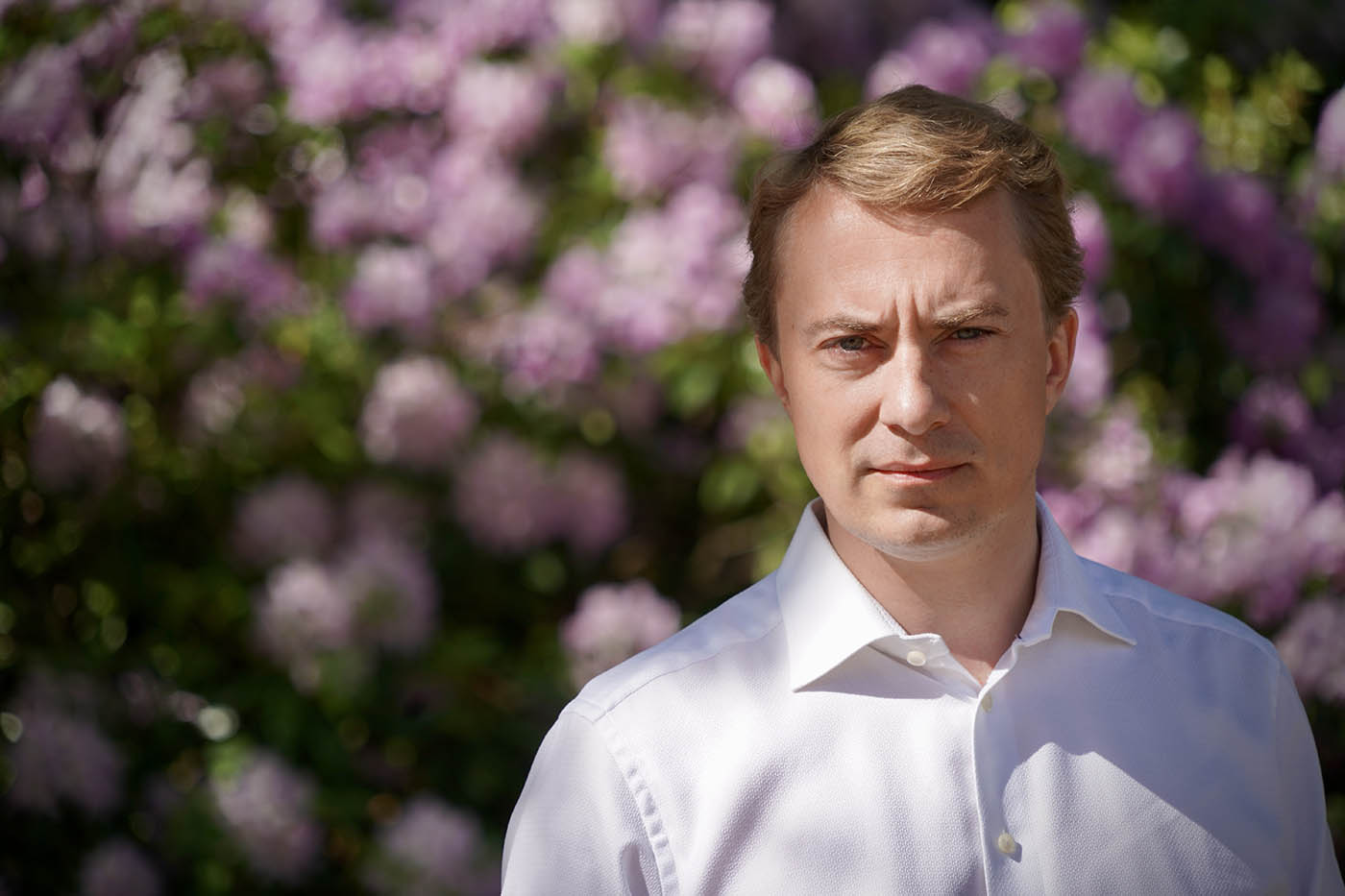 Morten Messerschmidt (Danish People’s Party) has requested access to documents about seven of UCPH's Middle East researchers. He believes that some employees at the Department of Cross-Cultural and Regional Studies are closely linked to foreign embassies.

In an op-ed article in the University Post and an article in Berlingske, Member of Parliament for the Danish People’s Party (DPP) Morten Messerschmidt criticises UCPH for not monitoring whether employees work at embassies while also teaching Turkish or Arabic, for example.

In the University Post article, he also criticises Minister for Higher Education and Science Jesper Petersen for not wanting to force universities to register this information. Universities are capable of making their own decisions about whom they hire, says Jesper Petersen.

In the Berlingske article, it emerged  that the DPP politician has requested and gained access to documents about the travel activities and salaries of seven researchers at the UCPH Department of Cross-Cultural and Regional Studies (ToRS). All seven research and teach Middle Eastern languages and culture.

The University Post has asked Morten Messerschmidt to explain why he has directed his attention towards these specific UCPH employees.

Morten Messerschmidt, what do you fear is happening at UCPH at the moment?

»That neutral and trustworthy research has given way to a more politicised form of research. That is one of the things I am concerned about. I am especially interested in what is going on at the department of Cross-Cultural and Regional Studies.«

What do you fear is going on there?

»The department does not have an overview of how many embassy staff are teaching there, and, at the same time, we are aware that the embassies of several Middle Eastern countries are acting in an increasingly political manner. That, I think, is very worrying.«

The University Post has seen the documents Morten Messerschmidt received from ToRS, which include overviews of the seven employees’ travel activities. These show that they travelled for education-related purposes, to attend conferences, and to be guest researchers at other institutions. The documents also indicate that the department does not keep track of whether their employees work at embassies alongside their university positions – or whether they work anywhere else, for that matter.

What evidence do you have that UCPH employees are secretly collaborating with ‘official representatives of foreign powers’, as you put it?

»The most concrete example of something that may be problematic is, of course, the fact that there is no information available about whether there are employees at the Turkish embassy in Copenhagen who also work as lecturers at UCPH. We have some indications that this is the case, but the information is not available to us.«

What are the indications?

»I know some employees from the Turkish Embassy have been hired. Of course, this should be approached with caution since we know how the Turkish embassy in general is very strongly governed by Turkey and the Erdogan government. I think it is worrying that there is no information at all about the extent to which this happens at UCPH. I would like to know what checks are made to ensure that what is taught is not politically controlled by Erdogan.«

You say that you have indications and that you know that this is the case. Which is it?

»Well, we do have concrete… I just need to see if I can find a name for you. My assistant will get back to you.«

After the interview, Morten Messerschmidt, via his assistant, sends the name of a ToRS employee who is supposed to be able to confirm that there are, or have been, embassy staff members employed to teach students at the department. The person in question denies this to the University Post.

In the op-ed article, Morten Messerschmidt and co-author Jens Henrik Thulesen Dahl write that, »it is naïve to believe that foreign embassies make their people available for free as an act of kindness.«

Why do you think anyone would teach for free?

»Well, maybe it’s because they get their salary from elsewhere?«

Do you know of any teachers who work for free?

»Let’s come back to that later, once I have spoken to my assistant. He has a better overview.«

Morten Messerschmidt’s assistant then states that he received the tip-off about free labour from someone other than the employee who revealed teachers’ potential side jobs at embassies, but he will not disclose the name of his source.

If we buy into this premise, what could happen if an employee who was also employed by the Turkish Embassy taught undergraduate students Turkish language and culture?

»The students would get Erdogan’s version of reality presented as truth. When you attend a Danish university, you should be able to expect that the education you will receive is objective, bordering on critical. Those who study Turkish culture, for example, are they rubbing shoulders with Erdogan’s emissaries on a daily basis? We have no way to find out.«

In Berlingske, you call the students »children and young people«? Don’t you think that students are adults with the ability to think critically, who – even if the situations you describe are a reality – are capable of taking a critical stance in relation to the information they receive?

»I hope no one was offended by me saying ‘children and young people’. Regarding whether students should have a critical sense, yes ideally they should have that, of course, but they are students, i.e. people who are acquiring knowledge, and I have seen examples of students who lack this critical reasoning.«

When did this happen?

»Well that was meant as a sarcastic remark, but I think so, I… I do not want to give any concrete examples, because then I would have to expose individuals. But students should be confident that the education they receive does not have a specific embassy or government in the Middle East as the sender.«

To Berlingske, Morten Messerschmidt says that he has not found anything in the documents that confirms his suspicions – no »smoking gun«.

He finds it worrying in itself that he has not been granted access to all of the 12 points he requested. According to the rejection correspondence, which the University Post has seen, there are several things that the department cannot disclose because, according to the Public Access to Information Act, it is not possible to gain insight into individual employment relationships or documents such as calendars, and because some of the information is not registered.

There is no requirement for the department to register the information you are interested in. What would take for you to think, »Okay, there’s nothing here, I will let it go?«

»In fact, I think it’s worrying that the answer is not available. So that already worries me. When you do not know, for example, how many of your employees also work for an embassy, then I think that in itself demonstrates a naivety that is incompatible with being a department for studies in some countries that are difficult to consider democracies, and which are not particularly friendly in their attitude towards Denmark. These are countries where you will find contrasts in relation to Denmark. That is why it is worrying that this matter has been approached as carelessly as it seems to have been.«

You have accessed documents about researchers such as Jørgen Bæk Simonsen and Jakob Skovgaard Petersen. Is this because you think they have an unhealthy connection to certain embassies?

»Yes, it would be quite natural for a Middle East researcher to have some connection to the embassies of the countries that he is researching. I mention these two because I have seen some problems with them. They are trying to paint a very rosy picture of Islam, which does not measure up to reality. Therefore, it is interesting to see the kinds of people they associate with, in order to see which sources have given them this very rosy perception. Or perhaps it is a matter of them wanting to give a positive view of Islam, so they can be on good terms with certain people at the embassies. There are many possible reasons for it. Therefore, it is a pity that this is not something that interests the department’s management.«

Annika Withamar, head of department at ToRS, tells Berlingske that she understands if some of the seven researchers feel pressured when a parliamentary politician suddenly asks about their salaries and travel activities, among other things.

»Since this is about seven people, and several of them have appeared in the media, one can only speculate about the political interest. And when this attention comes from a powerful politician, I completely understand that some may find it uncomfortable,« she tells the newspaper.

Morten Messerschmidt has previously clashed with several of the researchers in question, including Jørgen Bæk Simonsen and Jakob Skovgaard-Petersen. However, he denies that his request for access to documents can be seen as an extension of the accusations about a lack of objectivity in Middle East research and other subject areas, which he and Henrik Dahl have spearheaded.

»These people are quick to dive into the public debate and like to get involved all the time, so it surprises me a bit if they feel offended or even harassed when someone starts to show an interest in what their professional work is all about.«

»No, this request for access to documents is no different to what a newspaper should have done a long time ago.«

Have you requested access to documents about any researchers besides those from Middle Eastern studies?

»Not yet. This is what was especially interesting to me, and what I wanted to dig further into, but I might well take a closer look at Russia or China. Imagine if there are employees at DTU who are known to be paid by the Chinese embassy. Knowing that the Chinese government is notorious for speculating in industrial espionage, that would be a cause for concern. So it is not something that is limited to ToRS, but that is where my starting point has been.«