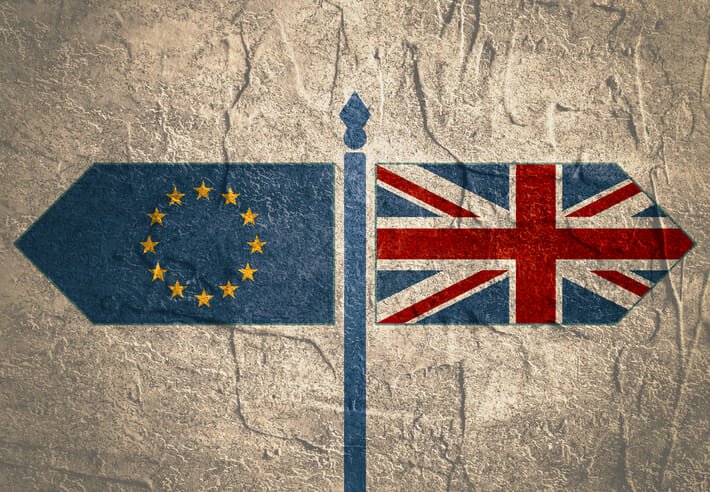 EU — A report published last month looking into the effects of Brexit on research suggests it will lead to less collaboration between the Denmark and the UK. University administrators foresee a “bureaucratic nightmare”

British universities must prepare for a post-Brexit reality that will see them collaborating less with other European research universities, according to the findings of a report published last month by the Aarhus University Centre for Higher Education Futures.

Even though the full impact of Brexit will not hit until after the UK leaves the European Union, its universities are already starting to feel the consequences as the number of European researchers looking for British partners tips into decline.

The report is based on interviews with university faculty, administrators and legislators from ten European countries. But while it paints a picture of dramatic changes awaiting European researchers post-Brexit, it also reflects to a large degree the uncertainty stirred up by British voters’ decision to pull their country out of the EU.

Brexit’s impact on research will not affect all European countries equally. Germany, for example, stands to gain from Brexit by being able to attract researchers and funding that would otherwise have gone to the UK. It also stands to secure more leadership positions in EU-funded projects.

Working with British universities has been vital

For Danish universities the prognosis is less optimistic. This is in large part because the majority of co-authors of Danish papers come from British universities. According to the report, Danish university administrators foresee Brexit giving rise to a “bureaucratic nightmare” that will require a redrafting of all the contracts and other agreements relating to Danish-British partnerships, including those receiving funding from .

Miriam Madsen, a PhD student at Aarhus University, co-authored the Danish section of the report. She explains that Brexit will be hard on Danish research that is reliant on British contributions.

“The UK plays a leading role in many of our partnerships, and it has been able to attract many of the best researchers. Working with British universities has been vital. In some fields, particularly the sciences, leading British universities like Cambridge and Oxford have established entire fields of new research that our own research in Denmark has been based on,” she says.

Many of the researchers that Madsen and the other authors of the Danish section spoke with would like the EU to make new agreements with the UK to ensure that research collaboration can continue.

“They say they will continue to work with researchers in Britain, and that they will continue to find partners there, but that there will be less collaboration as a whole because not being in the EU means they lose access to a large amount of funding and to an established infrastructure,” she says.

For British universities, the consequences of Brexit are primarily financial; some universities receive about 15% of their funding from the EU, and with Brexit expected to result in lower economic growth in the coming years, it is uncertain that London will be able to replace the contributions currently coming from Brussels.

Susan Wright, an Aarhus University professor and one of the lead editors of the report, says Danish researchers are less pessimistic than their administrators.

“Let’s see the results of the negotiations, then we’ll find a way to carry on co-operating anyway,” she said in a statement.

However, if British universities continue to haemorrhage talent and funding, Danish universities may have little reason to co-operate with them. European researchers are already more interested in finding German partners than they are British, and a report in The Guardian

earlier this month revealed that Britain’s leading universities have registered a decline in the number of applications from prospective PhD students from other EU countries.

“It’s necessary to look at this from two perspectives,” Madsen says. “On the one hand, there are the big research projects that receive EU funding. And then there are relationships between researchers, which is something you can’t just replace overnight. A lot of Danish researchers have close working relations with their British colleagues that have taken a long time to build up.”

She believes it’s still too early to tell how much of an issue research will be during Brexit negotiations.

“It depends on whether they want to use the negotiations to take research hostage, or whether they realise that this is too important an issue to put its accomplishments at risk. Right now, it’s impossible to say what’s more likely.”