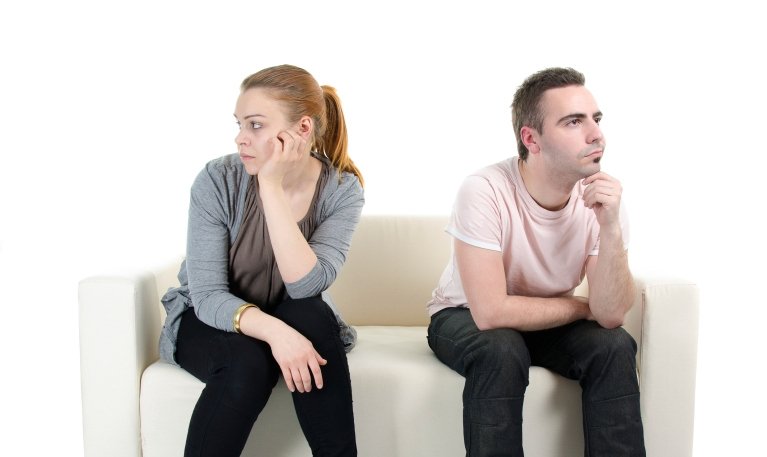 Is this a Danish phenomenon?
image: Photos.com

In this featured column, our regular provocateur Kelly Draper discusses the social skills of Danes - or rather the lack of them

I cannot believe I have not blogged about this before. I have mentioned the phenomena of Danes ignoring me while I was sat right there. A lot of the time, I excused them because I assumed they were shy about speaking English. The ones who I knew spoke English, I was a lot harder on obviously.

Now my Danish is at a level where I cannot excuse Danes for being shy any longer.

For example, the other day, a workman came to my flat and talked to me for ages about workman-y stuff. Then my boyfriend came on the scene and not only did the workman stop talking to me but he also stopped looking at me. I disappeared. He wanted a phone number so he could contact us about later work and it took about three attempts to give it to him. He kept asking my boyfriend for a number and ignoring me. This happened.

See a University Post article that reports on a study of this phenomenon ‘Danish students leave you out of the conversation’ here.

Socially, I have had several Danes come greet the other foreigner I was talking to and completely blank me. No glances. No eye contact. No “Oh hello” or “Sorry, just wanted to say ‘hi’”. It is as if I was never there. These Danes are talking English to our mutual friend.

At knitting club, that major wake-up call I had in the early days, I became progressively invisible. Interacting with the other knitters was even actively discouraged by the queen bee with such phrases as “you didn’t really understand what she said” and “you shouldn’t laugh”.

Once a foreigner, always a…

At parties, Danes will absorb themselves in their smartphones until they are drunk, while foreigners will turn to me and engage in conversation.

Danish social skills are very poor in general (obviously, there are Danes with average and above average social skills). This phenomena usually stems from complacency and a lack of curiosity.

The Dane who sits next to you at a social gathering but says nothing, they assume there is nothing you can tell them that they do not know. Why else does the cookie cutter stranger-Dane conversation go: ‘How long have you been here? Why did you come? Do you speak Danish? When are you leaving?’

Those are the only things about foreigners they cannot derive from first principles. The Dane who does not even ask those questions is ahead of the curve because, really, does it even matter what those answers are? What difference does it make? You will still be a dirty foreigner and not worth the effort getting to know.

Other nationalities might find it socially awkward to not acknowledge the presence of another human being. The Dane who will not even look at you has not even entertained the possibility that you might be a real person. It is not rudeness because rudeness implies you want to negatively affect another person. It has not crossed their mind. You are furniture to them. Even cows stare at visitors in their field.

But to be ignored during a conversation after a real Dane turns up. That is nothing to do with lacking curiosity, being insecure or complacent. That is something else entirely. I have experienced it before in my own country, usually when my collocutor notices a man in the vicinity. If I were discussing something technical, it matters not how eruditely, any male I have with me is obviously better suited to receive such things as “eye contact” during the discussion.

As a female foreigner, I am taken to be especially peripheral. My input has already been judged to be inadequate.

I cannot understand why the social skills of so many Danes are so poor. Other countries seem to be able to drill their people into avoiding basic socially awkward situations (fun fact: It is always socially awkward to ignore someone in the situations above).

What they really should think of doing is having classes to improve social skills from an early age. I mean, 6 months old is probably not too soon. They could put the children together in small groups and have people educated in educational psychology on hand to facilitate. Then these children could engage in age appropriate activities together, all the while being coached by the adults on how to interact politely.

They should do this for years, just focus on these basics before even thinking about starting formal education and learning other things. Even at school, they really should just focus on social interaction and ignore the academic stuff. Then, and only then, could they expect to have the enviable social skills of other countries.