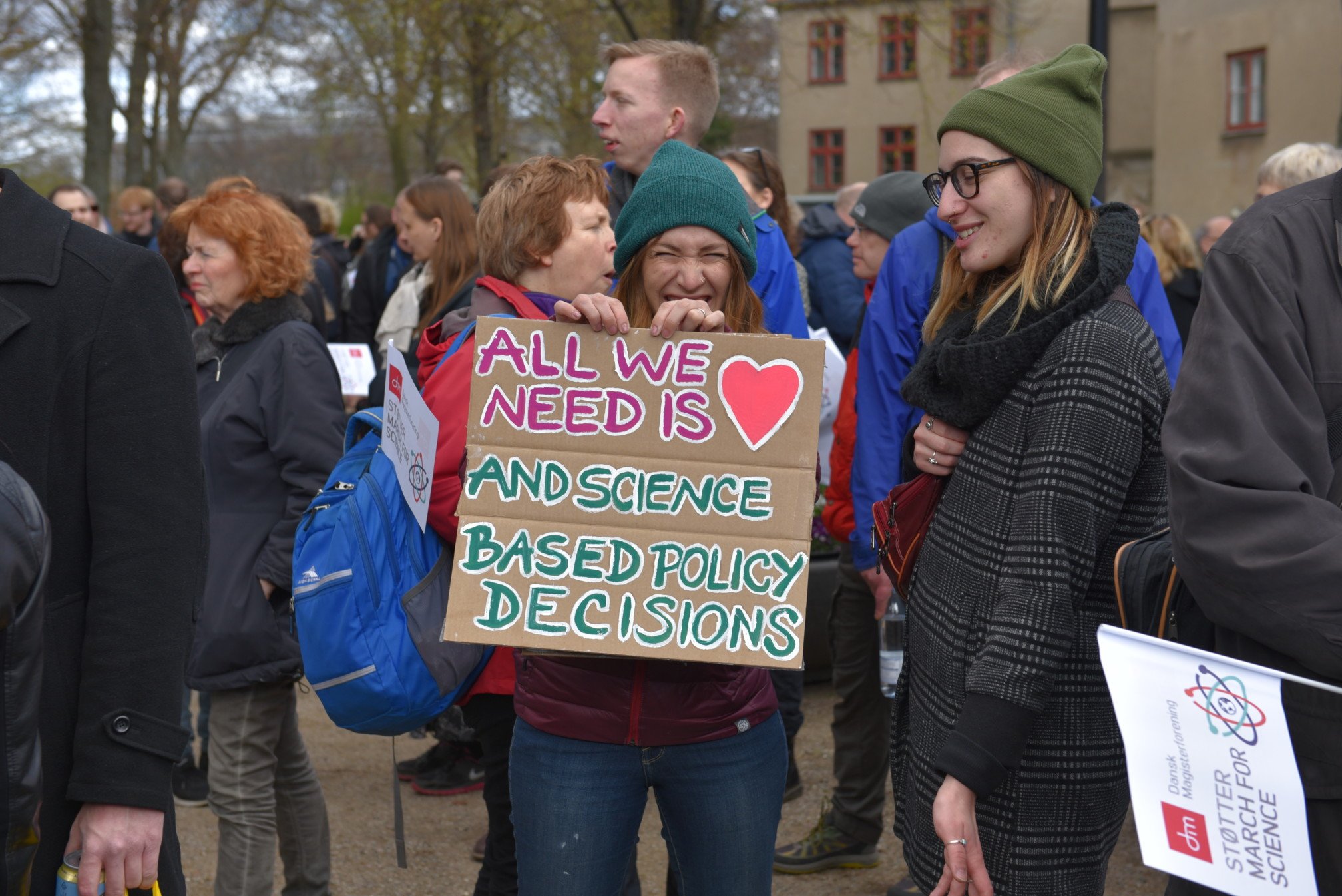 Protest — Thousands of people marched for science in Copenhagen when the movement sparked into motion on Saturday 22nd of April in over 500 cities across the globe.

Scientists, students and other ‘fact enthusiasts’ gathered outside the Niels Bohr Institute on Saturday, the 22nd of April, to march together and, as plant biochemist Samir Ben Chaabane put it, do what »scientists do each and every day: celebrate science.«

Signs like Science Matters, There is no Planet B and Science isn’t Fiction travelled through the city on an impressive river of people as they walked the streets of Copenhagen towards Christiansborg Slotsplads—the final destination of the march. Once there, the crowd received several speeches interspersed with performances by an orchestra, a hip hop group, and a rock band.

If it turns out to be an anti-Trump thing, we’re leaving.

Observing the flow of marchers, one could glimpse a wide array of ages from members of older generations to children only a few months old, journeying in protective baby carriages. One such carriage conveyed the daughter of Philip Jarnhus, physics PhD who marched partly due to a concern for his daughter’s future:

»One of the reasons I’m here is the scepticism surrounding vaccines. Another is the occasions when equal weight is given to arguments with unequal amounts of evidence.«

However, Philip was not interested in a protest solely against one politician, e.g. Donald Trump: »if it turns out to be an anti-Trump thing, we’re leaving.«

Indeed, for many, the focus of this march was not on Trump or any other politician or political party: »we generally want our studies to play a larger role in the decision-making process« said Kristin Aleklett, Microbial Ecology PhD. Christian Bourjau, a subatomic particle physics student, shared a similar desire: »we’d like politicians to apply facts and hard evidence when creating policy.«

Another march participant, DTU professor of wind-energy Torben Mikkelsen, had a slightly different concern regarding politics: »I don’t want political agendas in science.« He was referring to the Danish ‘university law’ which allows ministers to appoint the board of directors: »the board will be under the rule of politicians, and political agendas will determine research decisions. We can’t have that.«

Still others joined the march worried about other inner workings of the scientific community: »there’s too much competition in science. Researchers sometimes contribute to the negative attitudes towards science by communicating their findings way too hastily (under the pressure of this competition) before the proper data foundations have been established; and these findings are then quickly debunked« declared an employee of the Copenhagen Business School.

There were also some who believe the field of science should be more transparent: »science is complicated and many don’t understand it; we need to make it more approachable for the public« Canadian David Kadish, M.ASC mechanical engineering, commented that afternoon. Similarly, Rebecca Bolt Ettlinger (material physicist) is of the opinion that science could benefit from some more public outreach: »we forget the importance of science and that it needs us to invest in it — we often take it for granted.«

Worrying trends and the power of the march

There were, in addition, some generally shared concerns among many of the people strolling towards Christiansborg. One of these is the infamous idea of alternative facts and news. Retiree Per Gysting said »we must eliminate alternative facts: they will lead to complete chaos and damage our democracy. To be able to successfully promote one’s own fake facts will lead to a loss of truth. It is a road towards dictatorship.«

Such alternative beliefs also worry Icelandic robotics engineer student Bardur Isleifsson: »it’s getting uncomfortable for me to see the climate change denial while also seeing the glaciers melting in my home country.« 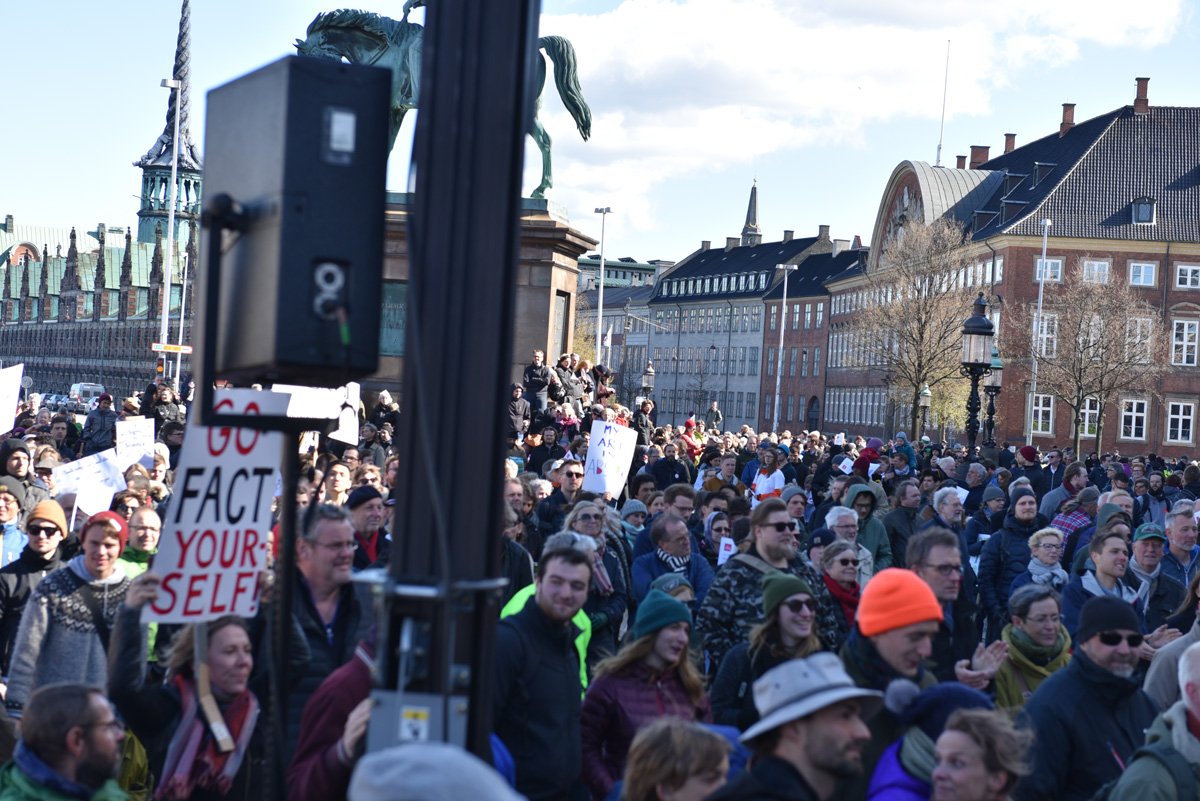 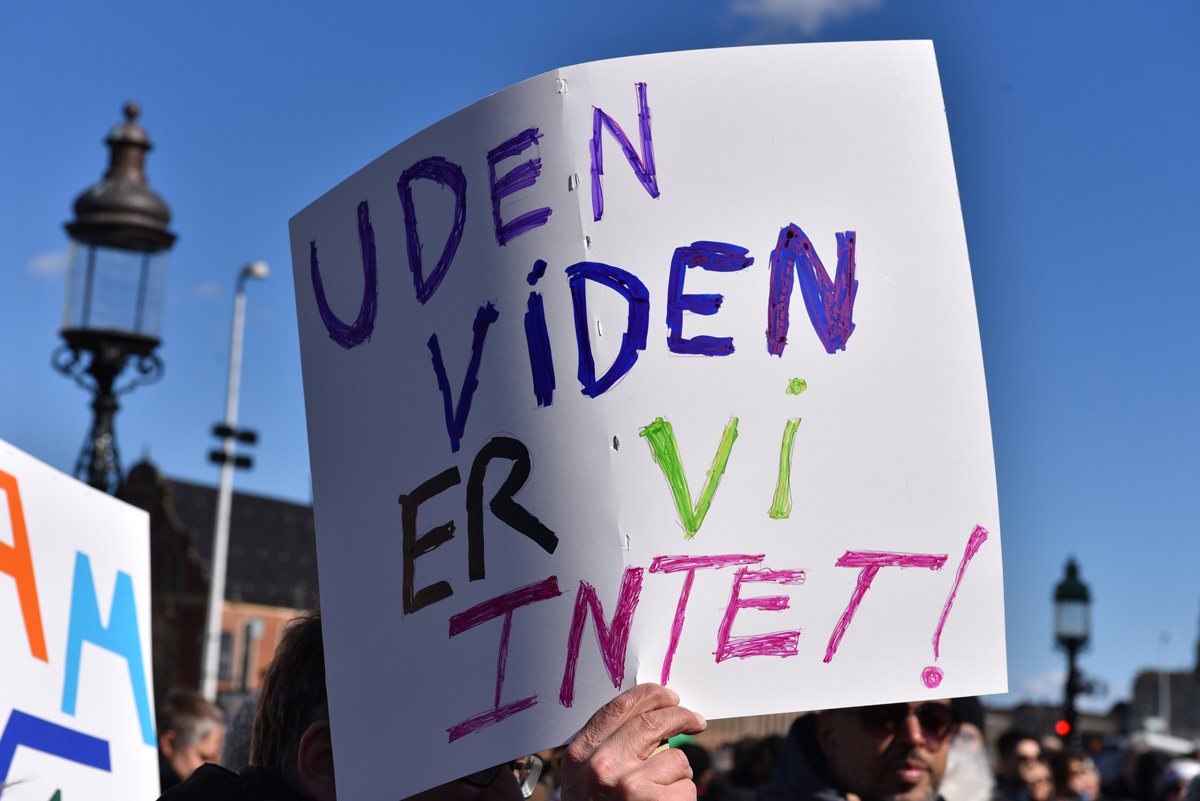 "Without knowledge we are nothing!"
image: Soma Biró 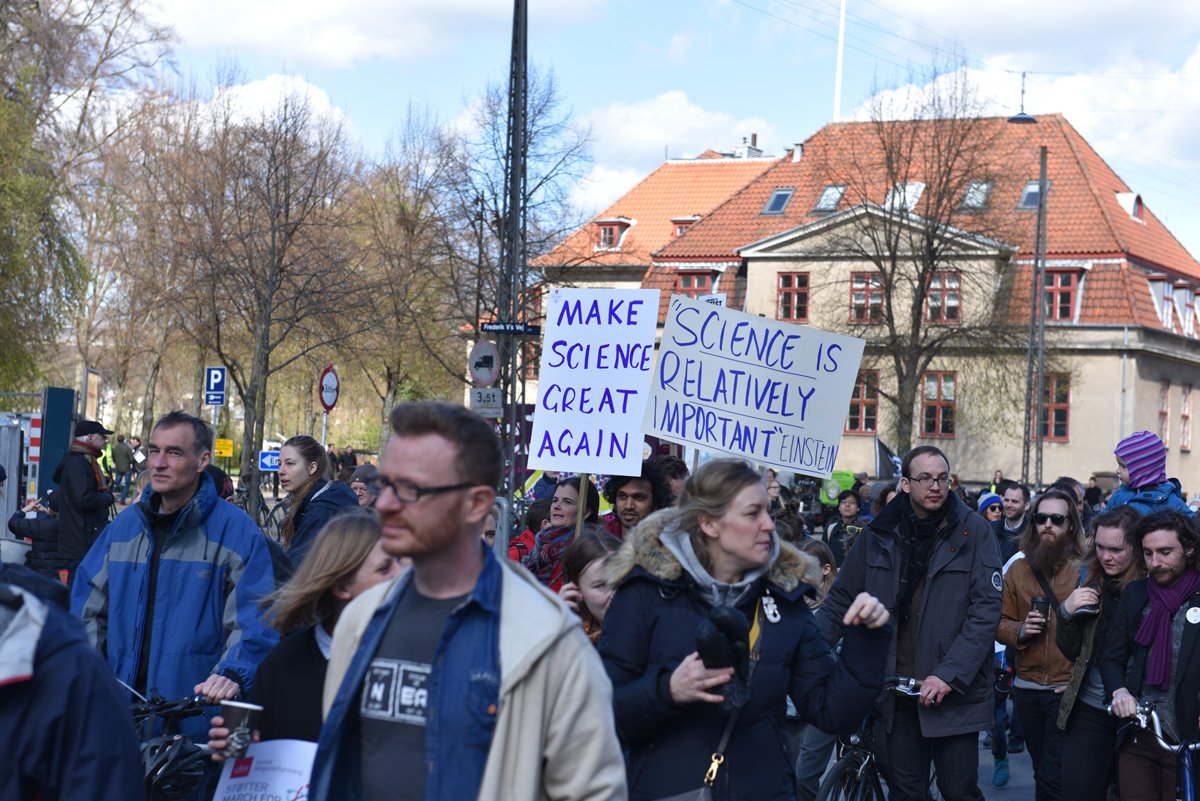 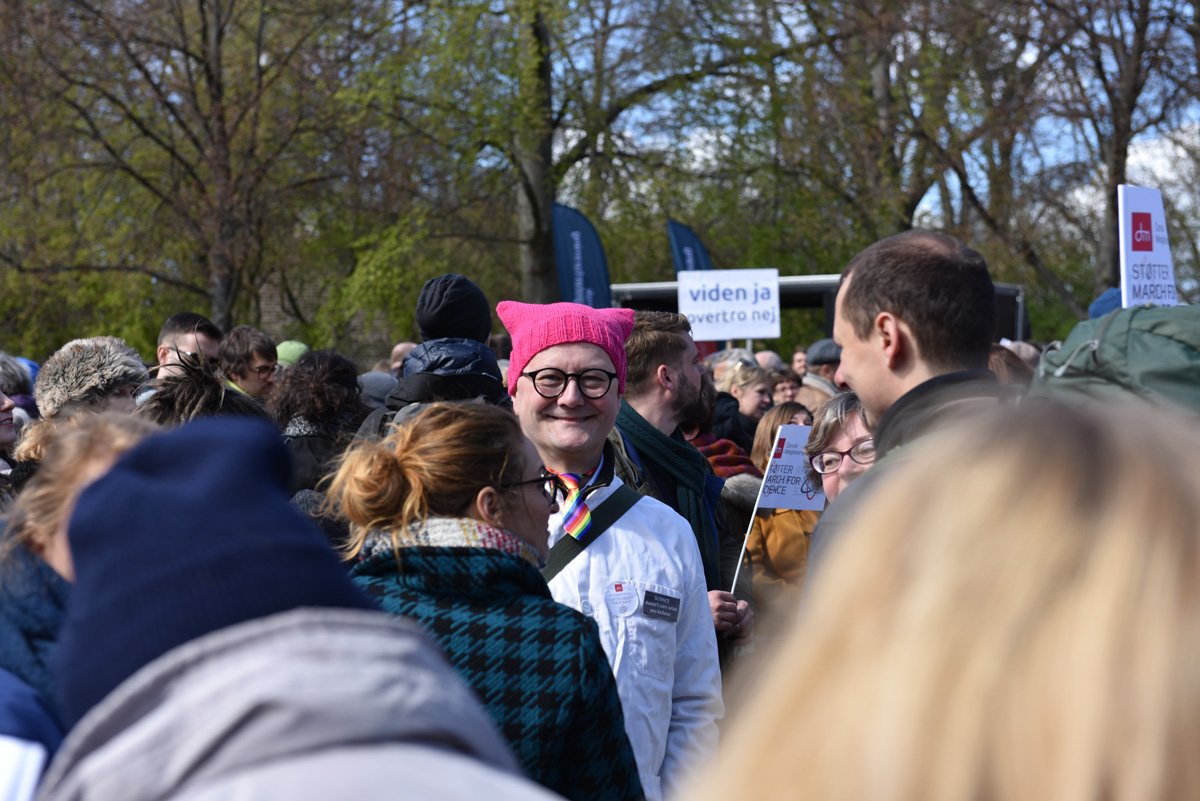 The march came to an end at around 17:00 and the question remained: will it culminate in any significant change? »It probably won’t achieve a tangible change« noted Zoë Naseef, photo journalism and gender studies student, and added »but it energises people and gets the conversation started.« The Niels Bohr Institute’s Christian Bourjau emphasised that the march »puts a different narrative out there — it shows that there is still an abundance of people who do appreciate real insight.«

According to Danish newspaper Politiken, the March for Science Copenhagen attracted more than 5.000 people — an international crowd that included Americans, Germans, Swedes, French and Danes among other nationalities. The March was the first step in a planned chain of actions to support and promote science: for further information and upcoming events visit marchforscience.com.