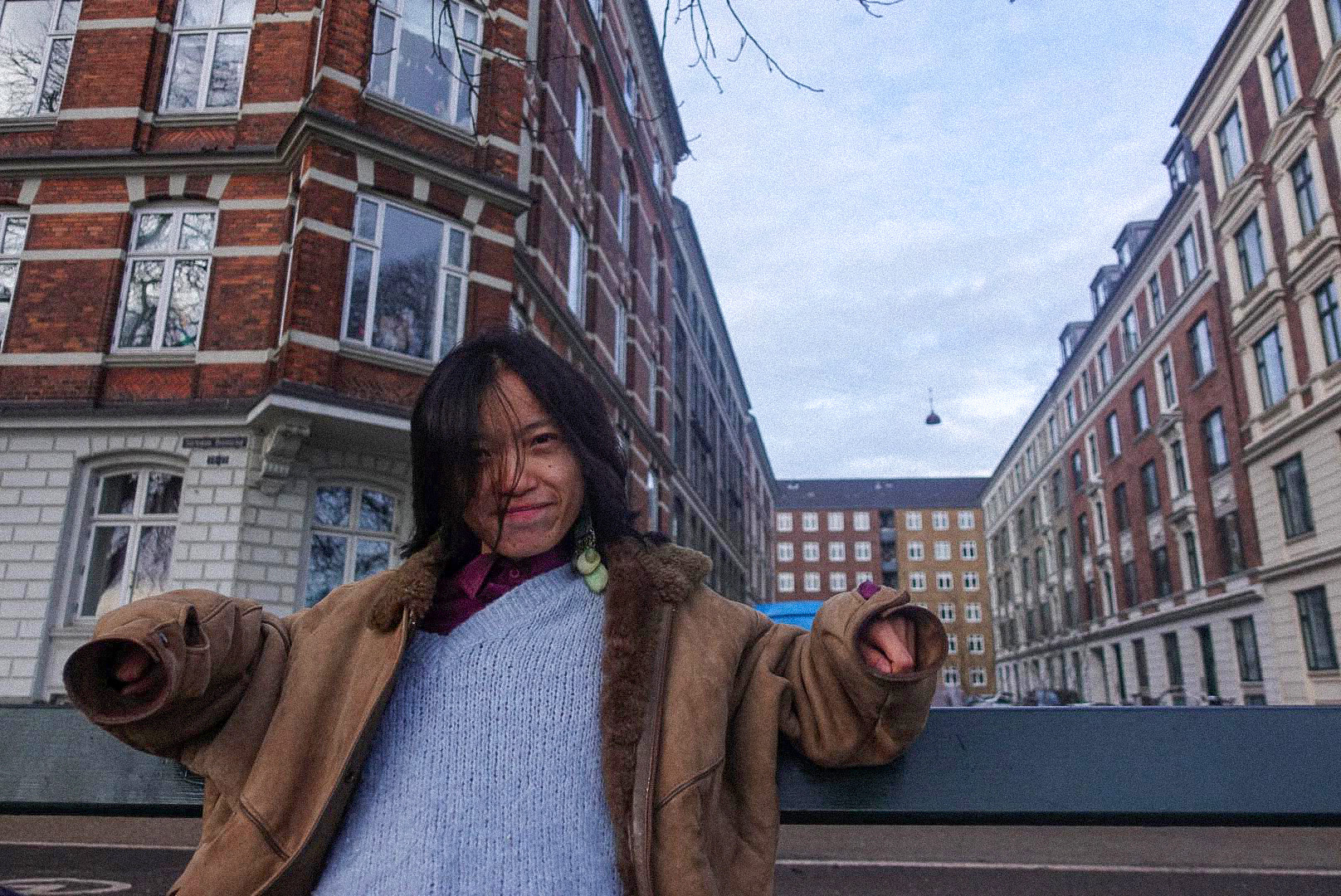 After a tumultuous process, master's degree student Bingzhi Zhu has now been sent out of Denmark. Up until the last minute, she tried to get her residence permit extended, without success. »Don't feel sorry for me, feel sorry for the Danish system,« she says.

On paper she is a top-of-class student: Bingzhi Zhu was in 2018 among 30 students admitted to the master’s programme in Environment and Development at the University of Copenhagen. Around 300 applied in the last round of admissions.

She is interested in coffee and has a dream helping create a sustainable coffee industry that does not exploit the farmers who cultivate the beans. She is in the process of writing her master’s thesis on this.

Her friends describe her as an outgoing and social person with a strong sense of justice.

Now she has been sent home to China from Denmark after a chaotic process that includes confinement in Vestre prison, at a psychiatric hospital, and at the deportation centre Ellebæk.

On the same day she travelled to China, Bingzhi Zhu made contact with the University Post from the deportation centre at Ellebæk and said that she felt she was being treated unfairly by the system.

»I am a 24-year-old master’s student who has paid a huge sum in tuition fees in Denmark. Now I have been in prison, at the psychiatric centre and at the deportation centre,« said Bingzhi Zhu.

»It is terrible to be here in Ellebæk. It’s hell. All Danes should know what is going on here. I would rather be in jail or in the psychiatric hospital. But don’t feel sorry for me, feel sorry for the Danish system.«

The question is, how did things get this far?

It all started with the outbreak of the pandemic.

Bingzhi Zhu was in Colombia doing fieldwork as the corona virus spread throughout the world. She travelled to Denmark for a short time, then went back to her home country in China before she again headed for Copenhagen in November.

However, when she returned, it was another reality.

During the beginning of her studies, she had found a circle of other international students with whom she could study. But the lockdown affected mental health and aggravated a depression that was already brewing inside her before she returned to Denmark. This is what she told several of her friends, and what she has described in a public video on Youtube.

In the video, she also says that she met racism because the corona virus had emerged in Wuhan – a Chinese city where she lived herself.

It is terrible being here in Ellebæk. It’s hell.

»She is from China, and she stands out because she speaks Chinese and English and because her style is very expressive. She has said that people looked at her in a strange way, and that she has received racist comments from strangers on the street. This shaped her stay in Denmark over the past two to three months,« says Jeffrey Kwok, who became friends with Bingzhi Zhu when they both started on the Environment and Development programme in 2018.

Christopher Ajemian, who is studying the Environment and Development one year cohort under Bingzhi Zhu, says she had a chaotic thesis process, because she had her field work interrupted, and suddenly had no permanent base.

»She was quite depressed when she returned to Copenhagen. She dealt with a lot of stress and she was discriminated by people she did not know. Many of her friends were traveling home on Christmas vacation at the same time. Before I left myself, I remember telling her: When I come back to Copenhagen, we’ll sit down and talk about everything. Hold tight, it’ll be okay,« says Christopher Ajemian.

Bingzhi Zhu was supposed to have handed in her thesis in August 2020, but she had the deadline postponed to May 2021.

She did not, however, have her residence permit extended – it expired at the end of the year.

She says that she postponed all her practical chores because her psychological problems had piled up. There was, however, still two days left on her visa when she started completing her application on 30 December and paid the application fee that is just under DKK 2,000. This is according to screenshots that the University Post has seen.

It is, however not enough to just apply on your own. As a student, your educational institution must also complete their part of the form, which did not happen during the Danish holidays. Bingzhi Zhu therefore failed to submit the full application in time.

The Danish Return Agency do not provide information about individual cases. But on the official nyidanmark.dk site it is stated that the applicant must set up a case ID, pay the fee, and submit the application in the same calendar year — or the application may be rejected.

Bingzhi Zhu says that she could not get into contact with immigration authorities because of the Christmas holidays. Instead, she contacted the police on 31 December, the day before her visa expired, where she says she made them aware of the situation (her call history confirms that a conversation took place). But it was too late.

Bingzhi Zhu spoke to the police again on 5 January, but after a scene at the Absalon Hotel, where she was staying, she was arrested by the police because her residence permit had expired. The policemen considered her to be mentally unstable and unfit for questioning and drove her to the police station where she spent the night. This is according to a police report that the University Post has seen. She was subsequently transported to Vestre prison.

It feels excessive to take to such extreme measures.

In her video on Youtube, Bingzhi Zhu talks about being caught off guard by the authorities’ decision to detain her, even though she had approached them of her own accord to get help in extending her residence permit.

She talks about being overwhelmed by anxiety when the prison lights were automatically turned off in the evening, and this caused her to »freak out«. She says she woke up in a new cell without her clothes and only covered by a couple of blankets.

With reference to the rules on the protection of personal data, the Danish Prisons and Probation Department will not confirm or deny that this took place. They state that in situations where they fear inmates can harm themselves, they can be redressed in clothes that  »cannot be used for self-harming behaviour,« and that  »inmates as a minimum, must have the institution’s undergarments or a blanket on them.«

The University Post is working on obtaining documentation on exactly how Bingzhi Zhu was treated while she was in the care of Danish authorities. Her own description from the video has also been published in a longer Facebook post by the author Anne Lise Marstrand-Jørgensen, who Zhu called several times.

It is clear that Bingzhi Zhu stayed at both the Psychiatric Centre Amager and the psychiatric centre at Bispebjerg Hospital before a stay at the deportation centre Ellebæk, which she describes as traumatic. On 2 February, she flew from Denmark to China, where she is at present.

Her friend Oliver Yorke says that it was an exhausting process to find out what had happened to Bingzhi Zhu – despite the fact that a group of her friends all pooled their resources. Even simple information about why she was arrested and the name of her lawyer was difficult to get hold of.

Yorke even visited Bingzhi Zhu at the Psychiatric Centre Amager. An experience that he says was intense and surreal.

»Of course she should have applied for an extension earlier and not in the middle of the Christmas holidays, but it feels excessive to take to such extreme measures,« says Oliver Yorke.

»She suffers from severe depression and is feeling very bad because of the situation in which she finds herself. She has always been an extroverted and cheerful person, but even though she acts in a positive manner, I know that this whole situation has really taken a toll.«

Christopher Ajemian says something similar. He visited Bingzhi Zhu when she had been moved from Psychiatric Centre Amager to the psychiatric centre at Bispebjerg.

»I know she has had a hard time in prison mentally. She has not known what her situation was, and she has not been able to stay in touch with friends and family,« says Christopher Ajemian.

Bingzhi Zhu, now back in China, criticizes the Danish immigration system in forceful terms. She says that as a matter of principle she will apply for a new Danish student residence permit. 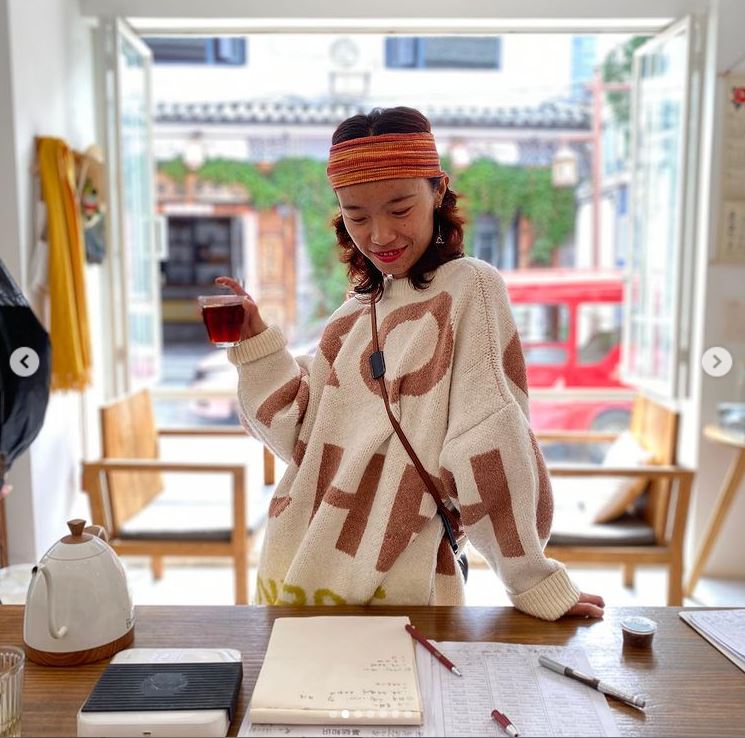 Bingzhi Zhu is keenly interested in coffee and has studied the treatment of coffee growers.

At the University of Copehagen, Director of Studies at the Faculty of Science Karen Rønnow confirms that Bingzhi Zhu is enrolled as a student at the faculty.

»I have continually been in dialogue with the student. I agree it is a very unfortunate situation, but I can’t get into specifics because the rules of personal data privacy prevent it,« says Rønnow, adding that there is little that the university can do in police matters.

She says that the university offers students structured intro courses whose purpose is to ensure that everyone gets the practical information they need.

»We work hard to inform the students that they must apply for their residence permits before the deadline,« she says. »If students have not applied in time, we counsel them to travel out of the country in order to re-apply from abroad.«

Karen Rønnow says that the university tries to help students finish their degree, even when they get into trouble. »We do a lot to guide them in finding a way to continue in their studies wherever possible.«

Professor Carsten Smith-Hall is Head of Studies at the Environment and Development MA programme, which attracts a fair number of international students, including Bingzhi Zhu.

He calls her case »highly unusual« and says that he has no knowledge of anything similar happening during his time on campus, but he declines commenting on specific students’ situation.

He does say, however, that it is not unusual that students are given extra time to finish their courses like Bingzhi Zhu got.

»Generally, a lot of students need extra time to write their final thesis in the current Covid situation,« he says, also confirming that it is technically possible to finish the course even from outside Denmark.

»MA theses are defended on Skype. There is not, at present, any demand that the student must present in person in order to get their degree.«

Carsten Smith-Hall can not say whether the University of Copenhagen will do anything in regards to Bingzhi Zhu,  but he says that »in general, we do a lot to support our students.«

Whether or not she remains in China, Bingzhi Zhu says that she expects to finish her MA course at Environment and Development at UCPH.