Court win for University of Copenhagen in Penkowa case

Trial — Milena Penkowa could have no reasonable expectation of getting her doctorate degree after committing research fraud. Even if the fraud was not known at the time. This was established by a district court in Copenhagen.

The three judges in the district court were all in agreement: Scandalised neuroscientist Milena Penkowa should not get her doctoral degree back.

»Now we have the word of the district court that an Academic Council can deprive someone of their doctoral degree. This is important in relation to principles of good management and the scientific community. Penkowa could not have a legitimate expectation to keep her degree when she took the University for a ride in 2001 and committed forgery,« writes Jasper Steen Winkel, Deputy Director for Communication at the University of Copenhagen (UCPH) to the University Post:

The Academic Council of the Faculty of Health and Medical Sciences decided in 2017 that Milena Penkowa would be deprived of her doctoral degree from 2006.

The former elite researcher had been at the centre of the most controversial case of academic fraud in recent Danish history after it was revealed that she had fabricated extensive animal studies at the beginning of the 2000’s. The studies were the basis of her scientific work.

The Eastern High Court of Denmark found in 2016 that Milena Penkowa had committed forgery, but acquitted her of the more severe charge of blatant forgery.

Even though the dissertation that Milena Penkowa got a doctoral degree for was not based on the fake animal testing, the Academic Council deprived her of the university’s top degree anyway.

The Dean of the Faculty of Health and Medical Sciences at UCPH Ulla Wewer says in a press release that she’s satisfied with the ruling, which was announced on 18th January:

»We are satisfied with the court’s ruling, which supports our own assessment of the case. The doctoral degree is the universities’ highest scientific recognition, representing the highest academic level. We have said since the beginning of this case, that we would follow this case all the way through, and that the university takes scientific misconduct very seriously.«

The key argument on the part of the university in court was that Penkowa would never been allowed to submit a new dissertation, if it had been known that she had cheated on her first dissertation. She could therefore not legitimately expect to receive her doctoral degree.

This argument was affirmed by the district court.

Milena Penkowa’s lawyer Birte Rasmussen says that she and her client are considering whether to appeal the ruling.

»It is likely that there will be an appeal, because this is a fundamental legal question where more can be said. But now we need to look carefully at the reasoning from the judges and consider the case,« she says.

»The judges emphasise something apart from the dissertation which Milena Penkowa submitted for assessment. What is special about this case is that there is nothing academically wrong with the the dissertation from 2006 from which Penkowa received her doctoral degree. But the ruling states that the conditions surrounding her first dissertation, which was submitted three years earlier (and subsequently withdrawn, ed.), can influence whether she could have a legitimate expectation of getting her second dissertation assessed. And yet you cannot read this out of the doctoral regulations,« says Birte Rasmussen.

»Precise conditions for whether you can submit a dissertation are stated in the regulation. But the court interprets other, additional, so-called non-statutory conditions into it.«

The regulation does not say anything about how or with what justification, a university can take a doctoral degree from a person who has already received it.

»The ruling is – regardless of the outcome – interesting. And because it states that you can interpret other criteria than those stated in the regulation, we need to decide whether this should be considered in a higher court.«

Milena Penkowa has, according to Birte Rasmussen, no comments.

Update: Since the publication of this article, Milena Penkowa has stated on her Facebook page, that she is appealing the case. 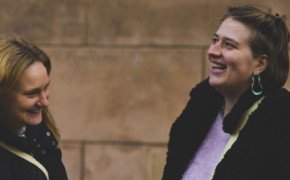