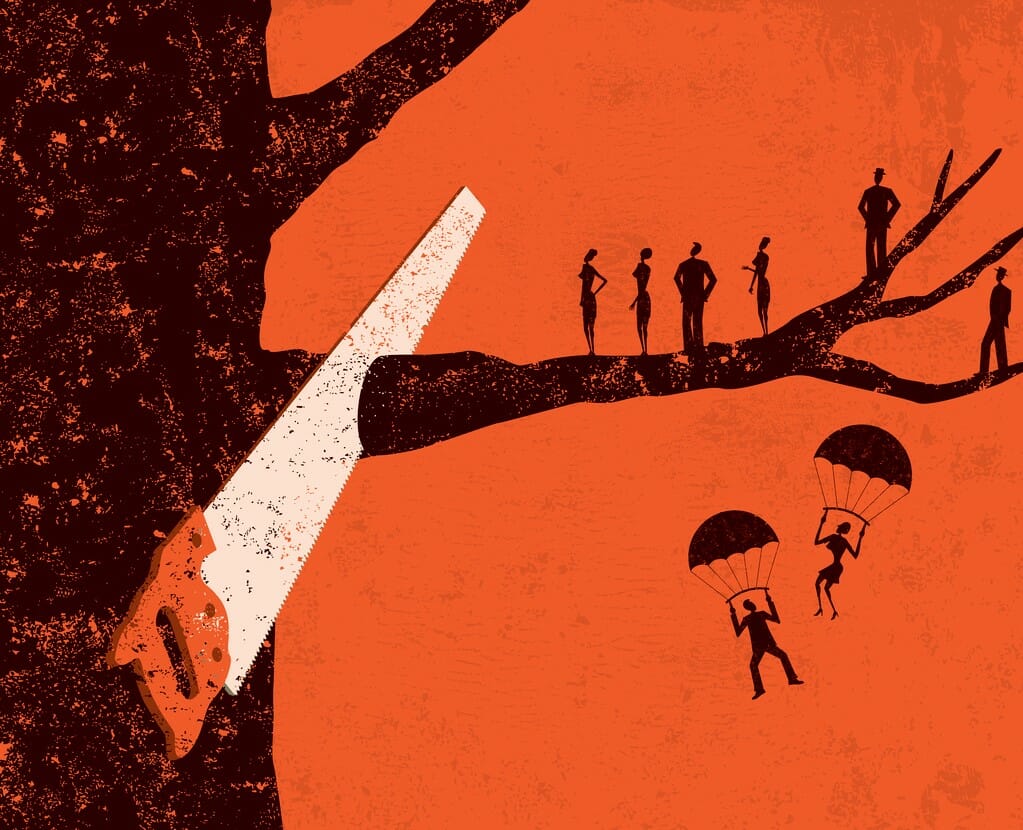 The national budget for 2019 — Budget agreement between the coalition government and the supporting Danish People's Party contains very little about research and education. This is bad news for the universities.

The old saying “no news is good news” doesn’t fit the country’s universities and the government’s budget.

The agreement on 30th November between the centre-right VLAK governing coalition and the Danish People’s Party contains a lot about deserted islands, rate adjustment pools. and more money for pensioners. But very little about education and nothing about research.

The government will therefore continue with the so-called reprioritisation contribution, which annually cuts 2 per cent off universities’ grants for teaching through 2019 and in subsequent years.

The University of Copenhagen (UCPH) stands to lose DKK 930m in education programme subsidies in the period 2016-2021.

From 2022 it is the plan of the Danish government to distribute the savings back into the sector. But it is far from certain that individual educational institutions get their money back:

“Each year the government will decide how the money is to be spent. Is it the secondary schools, the primary schools, or a completely different area that needs a boost? This is to be decided on a year-by-year basis,” Kristian Jensen, Minister of Finance (V) said to the DR media in connection with the presentation of the government’s budget proposal.

Cap on student earnings to be increased

The budget agreement between the government and the Danish People’s Party (DF) contains only one section on education, and without elements that have direct influence on universities.

This will give them greater freedom to work more, say, during the summer holidays, without having to pay back SU student grants.

One per cent is too little

The Danish government will also continue to allocate the equivalent of 1 per cent of GDP (gross domestic product) to public research. This is criticised in the Danish Chamber of Commerce and the Danish Association of Masters and PhDs (DM) however.

Mads Eriksen, head of education and research policy in the Danish Chamber of Commerce argues in a featured column on Altinget.dk that there is a need for a new globalisation strategy, which ensures increased investment in research, and that also ensures that we in the future will have a society where there are jobs for those who currently do not have any education.

“We need to revive the idea of the knowledge society as an idea. Here it is important to think across all education levels, and to think in terms of lifelong learning,” he writes.

DM: Foolish to cut back

Camilla Gregersen, chairman of DM, criticises both the ongoing education cuts, and that there will be no new research funding on the government budget for 2019.

“It is foolish that there is no willingness to give priority to education. The 2 per cent year-on-year cuts challenge the quality of education, and it affects both the students and their future employers when savings are to be introduced into the field of education,” she says in a press release and continues:

“I think it is sad that the Danish government sees the level of public research at the 1 per cent of GDP as a cap and not as a floor. Research is crucial to Denmark’s position as a knowledge society.”

Lars Qvistgaard, chairman of the Danish Confederation of Professional Associations (Akademikerne), has commented on the budget on Twitter:

He calls the agreement “predictable but still disappointing”.

“The students are allowed to work more alongside their studies, while their study programmes are reduced by annual 2 per cent cuts. It makes no sense.”