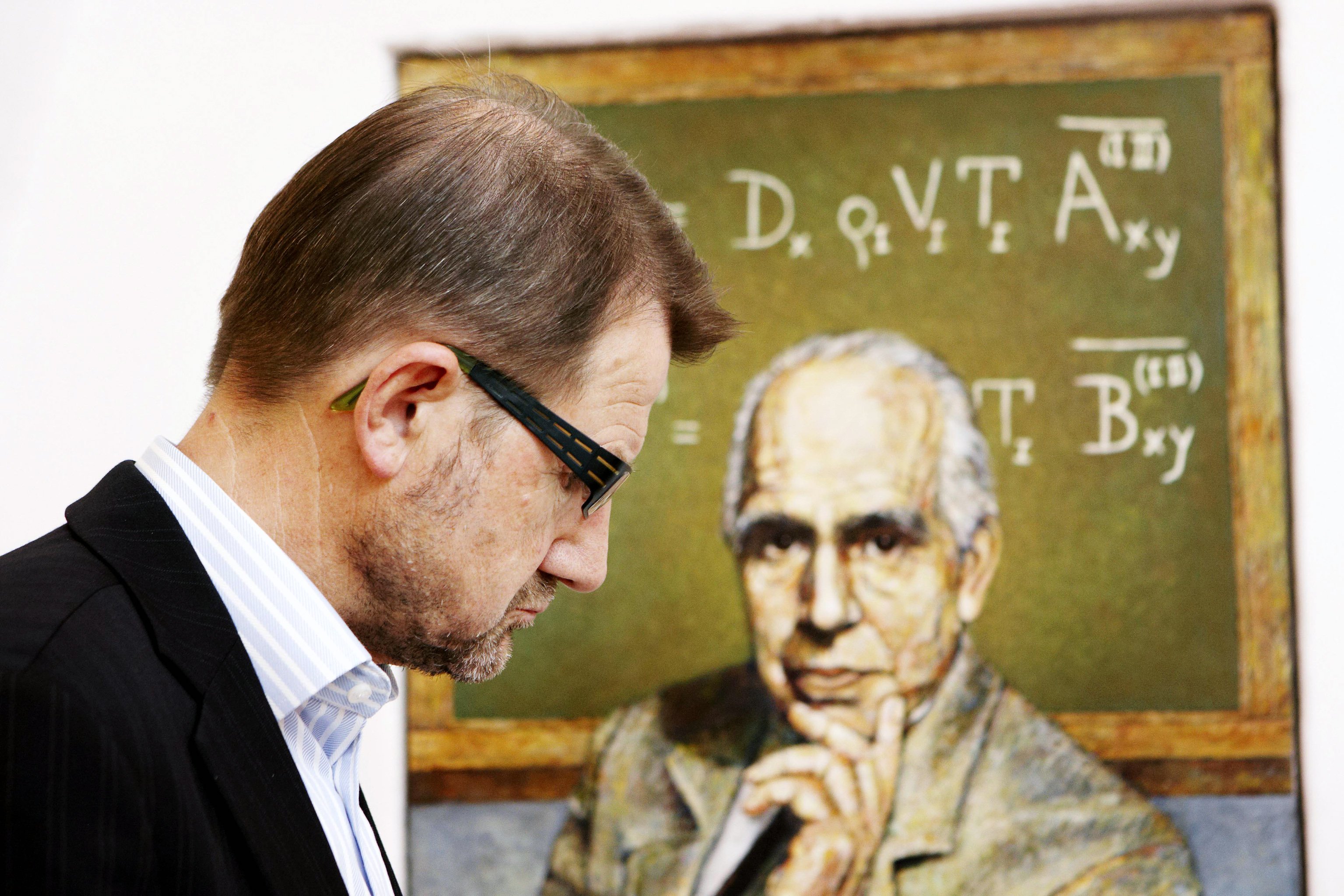 Helge Sander, Danish Minister of Science, Technology and Innovation (here in front of a painting of Niels Bohr), plans to allow private universities in Denmark. Students and opposition politicians are astounded at the proposal
image: Jens Dige

The National Union of Students in Denmark has reacted to Science Minister Helge Sander’s plans to privatise Danish universities with an emphatic thumbs down. And they have called him a liar.

by: Luci Ellis. Based on an article Christoffer Zeiler

Students and politicians alike are bewildered by new proposals from Science Minister Helge Sander to depart from the Danish tradition of free higher education, by introducing private universities.

The National Union of Students is categorically opposed to the idea.

»Private universities with fees are a the quickest way to A and B universities, where rich kids can buy their way in to the best universities,« says Mikkel Zeuthen, National Union of Students Chairman, in a press release.

The National Union of Students also point out that Helge Sander has repeatedly deceived the Danish public.

»Helge Sander has systematically lied to us since 2006,« exclaims Mikkel Zeuthen.

»We have long resisted the introduction of tuition fees, which are widespread in Europe. But every time we have confronted Helge Sander with our concerns, he has replied the government did not wish to introduce student payments.«

The furore follows parliamentary debates after publication of a discussion paper setting out the options for a partial privatisation of higher education.

The discussion paper opens the door for the privatisation of one or more of the current universities, with the IT University in Copenhagen named as an example.

The paper also paves the way for new actors in the field of higher education in Denmark, such as large corporations.

One such company is Lego, which announced it has advanced plans to establish a private university.

These proposals may not be spectacular for international students. Many of us are used to paying fees in our home countries.

However, it is remarkable by any standards that the minister explicitly supports the paper’s proposal for tuition fees at private universities to be set by the university itself, with no upper limit.

This is extraordinary by European standards.

It appears that the idea of private universities is somewhat surprising for members of the Danish parliament who are not in the government.

Social democrat Kirsten Brosbøl, and Johanne Schmidt-Nielsen of the left wing party Enhedslisten asked Helge Sander, with astonishment, how on earth private universities could be beneficial.

In the political news portal altinget.dk, Sander commented on concerns that market forces could destroy the past decade’s great achievements in making higher education accessible to young people from all social and economic backgrounds.

»I see opportunities and more freedom, not restrictions, I will present a legal proposal about this and then the critics can express their concerns. Of course I will listen to them but I don’t share their concerns quite yet,« he says.