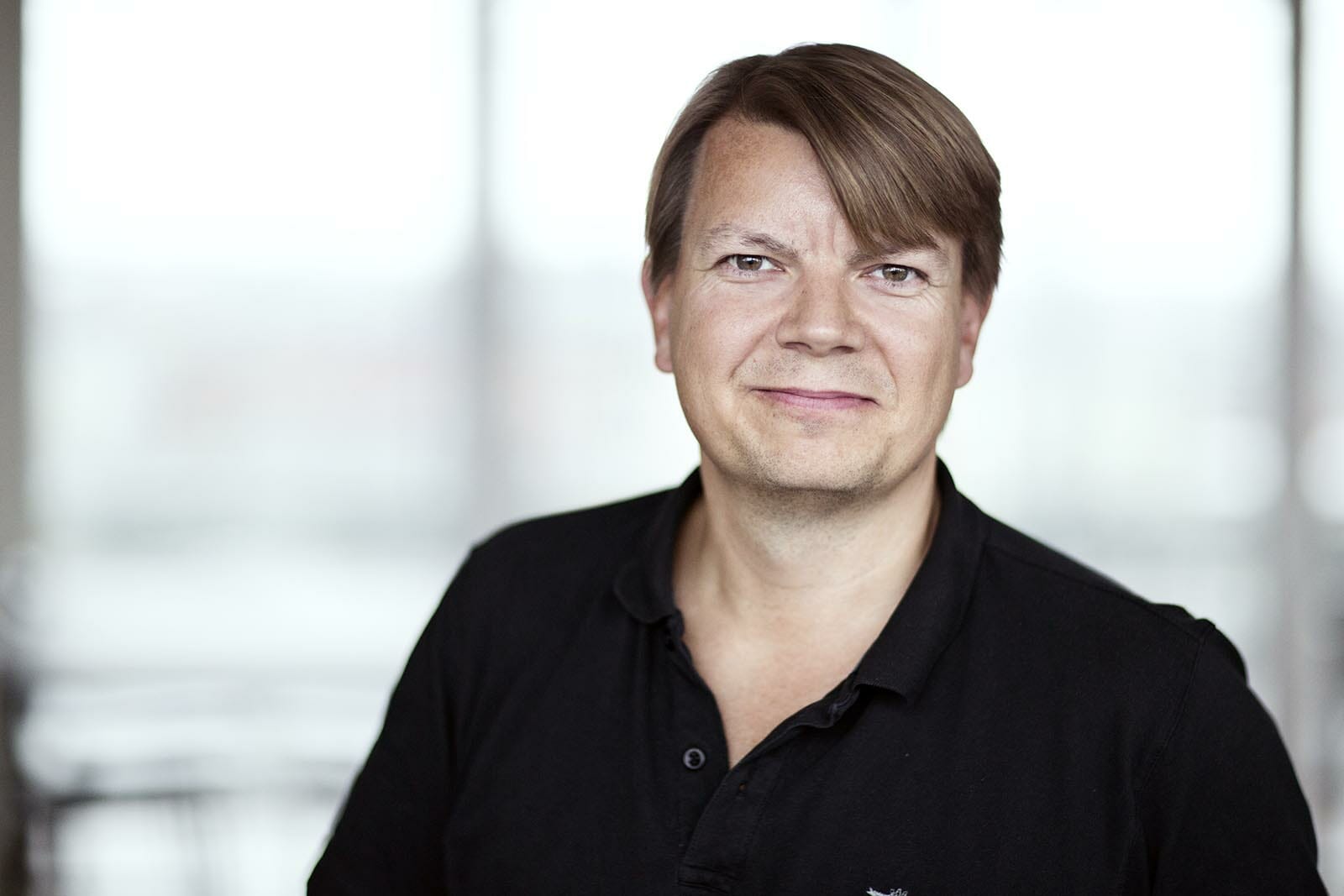 Professor and Deputy Centre Director Jesper Velgaard Olsen is to be in charge of the research project which, for the benefit of future cancer patients, is to investigate a particular kind of receptor.
image: Panum Instituttet

Grant — A research group at the Center for Protein Research at Panum has received a large grant to do research on the relationship between a particular type of receptor on human cells and their significance for certain types of cancer.

Funding applications take time. That is why it is nice when you succeed in bringing home the big money to research.

It has taken upwards of two years for Professor Jesper Velgaard Olsen, Deputy Centre Director at the Novo Nordisk Foundation Centre for Protein Research and his group to prepare the application for an .

Jesper Velgaard Olsen was therefore in a very good mood on Monday, 22nd October, when he got the news that DKK 13 million are on their way to the research group at Panum, the Faculty of Health and Medical Sciences, from the ERC.

The hope is that with the grant the researchers will be able to make existing medicines mostly used for cancer treatments more effective. And pave the way to developing new and better medicines.

“Of course we were proud and pleased that it was possible for us to get such a competitive grant from the EU. This opens up a lot of opportunities to do good research in the future, now as we have the necessary funding for it,” says Jesper Velgaard Olsen.

Jesper Velgaard Olsen’s group consists of a team of five to 12 employees including himself.

In addition, the ERC grant to the University of Copenhagen (UCPH) is a part of a total grant of DKK 60 million, where two research groups at the University of Zurich and a fourth group at the Research Institute CSIC in Madrid cooperates with Jesper Velgaard Olsen’s group to solve the same research problem.

All four research groups are attempting to learn more about a signal recipient, a so-called receptor on the surface of a particular type of cell which belongs to the so-called EGF receptor family.

It is an important signal protein in the human body that sends signals into our cells and determines whether a cell is to divide or not, says Jesper Velgaard Olsen.

A gap in research

The EGF receptor has to be able to control this work in a very detailed manner, because if the exact control breaks down, say through mutations or through something wrong with the receptor itself, then this may lead to the development of cancer in the cells.

“The EGF receptor is therefore one of the receptors that has a lot of medicine developed for it in connection with cancer treatments. It is therefore important. At the same time it is involved in the development of many different types of cancer,” says Jesper Velgaard Olsen.

Now that the EGF receptor is so important, you might think that the researchers also know a lot about it. But this is not the case according to Jesper Velgaard Olsen.

“We don’t. We don’t know, for example, on a molecular level, why some medicine works on EGF receptors in one way, while other medicines work in a different way,” says Jesper Velgaard Olsen. He is to work with advanced methods to investigate it.

The project will be launched during the spring of 2019 and is expected to last for 4-5 years.