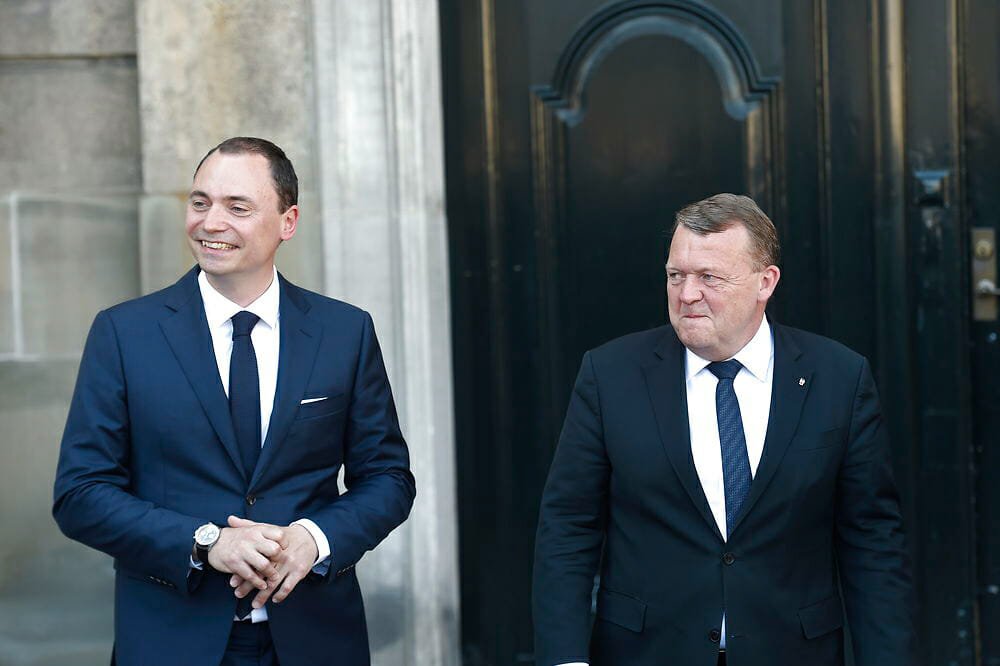 Disruption — Businessman Tommy Ahlers to be the new education and research minister for the Liberal Party.

Prime Minister Lars Løkke Rasmussen announced Wednesday 2nd May at 11 that he is bringing in a new man to government: Businessman Tommy Ahlers will be the new Minister for Education and Research for the Liberal Party (V).

After a long period with rumours , the Minister for Education and Research, Søren Pind (V), confirmed 1st May that he would leave the Danish parliament with immediate effect.

Cand. jur. from the University of Copenhagen in 2000.

Started his first business in 2005. After a profitable sale of the company ZYB [a free online service that allowed users to backup their contact and calendar information and share these with others quick and fast.] to the US company Vodafone, he has made a living from investing in start-ups.

He is a divorced father of two children.

A member of the government’s Disruption Council since May 2017.

A was therefore inevitable.

Dragon fetched in from the den

Some may know Tommy Ahlers from the Danish broadcaster’s DR version of Dragon’s Den – ‘Løvens Hule’ – where aspiring entrepreneurs present their business ideas to a panel of investors in the hope of finding co-financing.

On 2nd May he joined the Liberal Party. Tommy Ahlers, who is a cand. jur. From the University of Copenhagen is therefore political

On the appointment Tommy Ahlers about himself:

“I have plenty of vision and lots of opinions. But now I have only acquired knowledge of this subject area in 14 hours, so I need to get stuck into the material.”

He has been a member of the government’s Disruption Council over the past year, and before that he was chairman of the so-called Entrepreneur Panel.

At the presentation of the new minister by Lars Løkke Rasmussen :

“He is a visionary person. An entrepreneur. He has helped create jobs, something that Denmark is to live off in the future.”

And when the resigning minister Søren Pind was asked for a comment on the appointment by DR and TV2 News, it sounded like this:

“Ha! You think you can get me to comment on this! I think Tommy is great. But I am finished with all this now.”

The last decade has seen a rapid turnover at the ministry that is responsible for universities. The research and education area has been headed by no less than six people in four years. A successful entrepreneur is now coming in – and this also sends a political signal.

At the formal handover ceremony Tommy Ahlers was asked about what he will contribute to the new ministry. He answered:

“I can make things happen. I have proved this as an entrepreneur.”

What can university citizens expect is going to happen with the new captain? He tread water on this, at his first speech at the ministry. However, in an interview in Euroman in January 2017, Tommy Ahlers chastised the Danish universities for not being tough and elitist enough.

And quotes Tommy Ahlers in finding universities too lax:

“Take the law programme at the University of Copenhagen, which should be the best of the best. I don’t think it really hurt, at any time, and I hear the same from many people who have taken a university education,” he said almost five years ago.

At the same time, Ahlers added that in principle he likes the anti-elitist access to the education system. But:

“Everyone should goddamn not need to go through an education. Where did this come from? Passing an education programme must be based on the fact that you possess a certain talent for what you have chosen to study. We’ve got an academic proletariat, because we educate too many of them. We need to be more cynical. This part of it should be more elitist, so we get fewer people through. So those that come out are more adept and more ready for the pressure that it is when you start a business.”

This reminds you of the longest-serving ministers in the area . Him, you know, the one that wanted to shorten the path between research and invoice.

UCPH management states that they are looking forward to the cooperation.