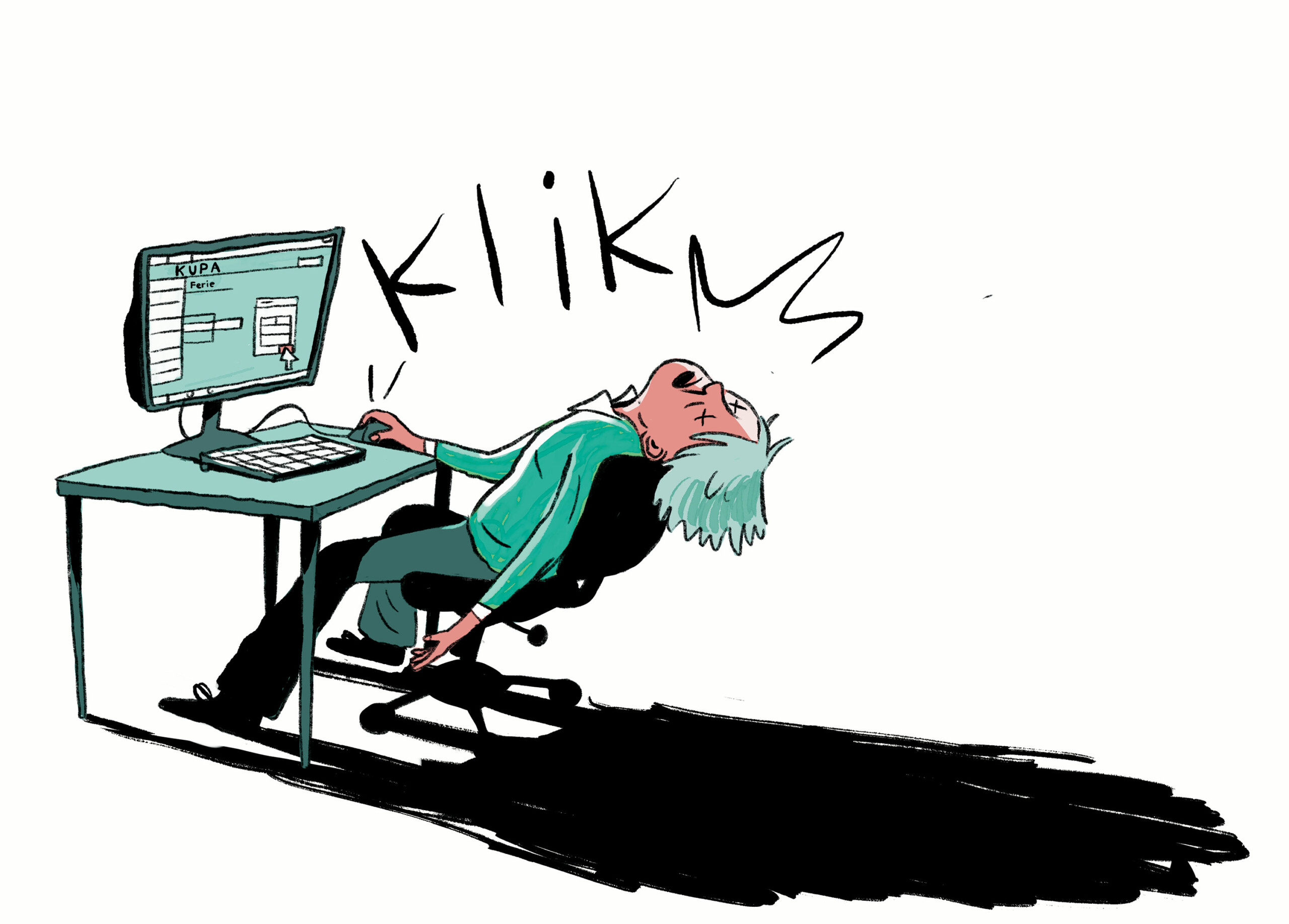 A new data system has made the past year frustrating and exhausting for administrative staff. »Many people are feeling stupid,« according to a department secretary.

They have spent hours on end doing simple assignments. With every new error message, they wanted to punch their screen. And they feel their calls for help have been overheard by management.

Now ten employees have come forward and criticised the KUPA data system, which was introduced in April 2021 to replace the older ScanPas platform. It is the system that contains all data about staff at the University of Copenhagen (UCPH), from personal details of employment to holidays and absences.

»It is slow and it is substandard. These are not just teething problems. It is demotivating, draining and frustrating,« says Tina Wejlgaard Damkjær, a special consultant at the Faculty of Law.

»It’s a hopeless system. You want to be effective, but you feel you are wasting your time when you use it,« says Pia Christensen, dean secretary at the Faculty of Theology.

The employees point to long response times, lack of work calendars, incomprehensible error messages, and duplicate staff profiles as some of the most irritating bugs in the system.

Problems that have not been solved after one whole year, and which are negatively affecting the well-being of the administrative staff who use the system.

»I have an employee who resigned on 30 June last year, but who has only got their holiday money settled now. It’s embarrassing. The self-respect of employees, who have been here for many years, is taking a hit,« says Michelle Aagaard Larsen, department secretary at the Department of Public Health.

The feeling of losing professional dignity is widespread, says Anette Studsgård Winsløw, department secretary at the Department of Neuroscience.

»Many people are feeling stupid. They feel that they are bad at their work. It’s a real shame, because they’re not. It is the system that is the problem.«

Director of HR at UCPH, Thomas Molin, acknowledges that the system continues to suffer from serious errors. He does not expect all the errors to be corrected before the autumn of 2022.

Get an email with our top stories here