Dramatic drop in applications to the Faculty of Science 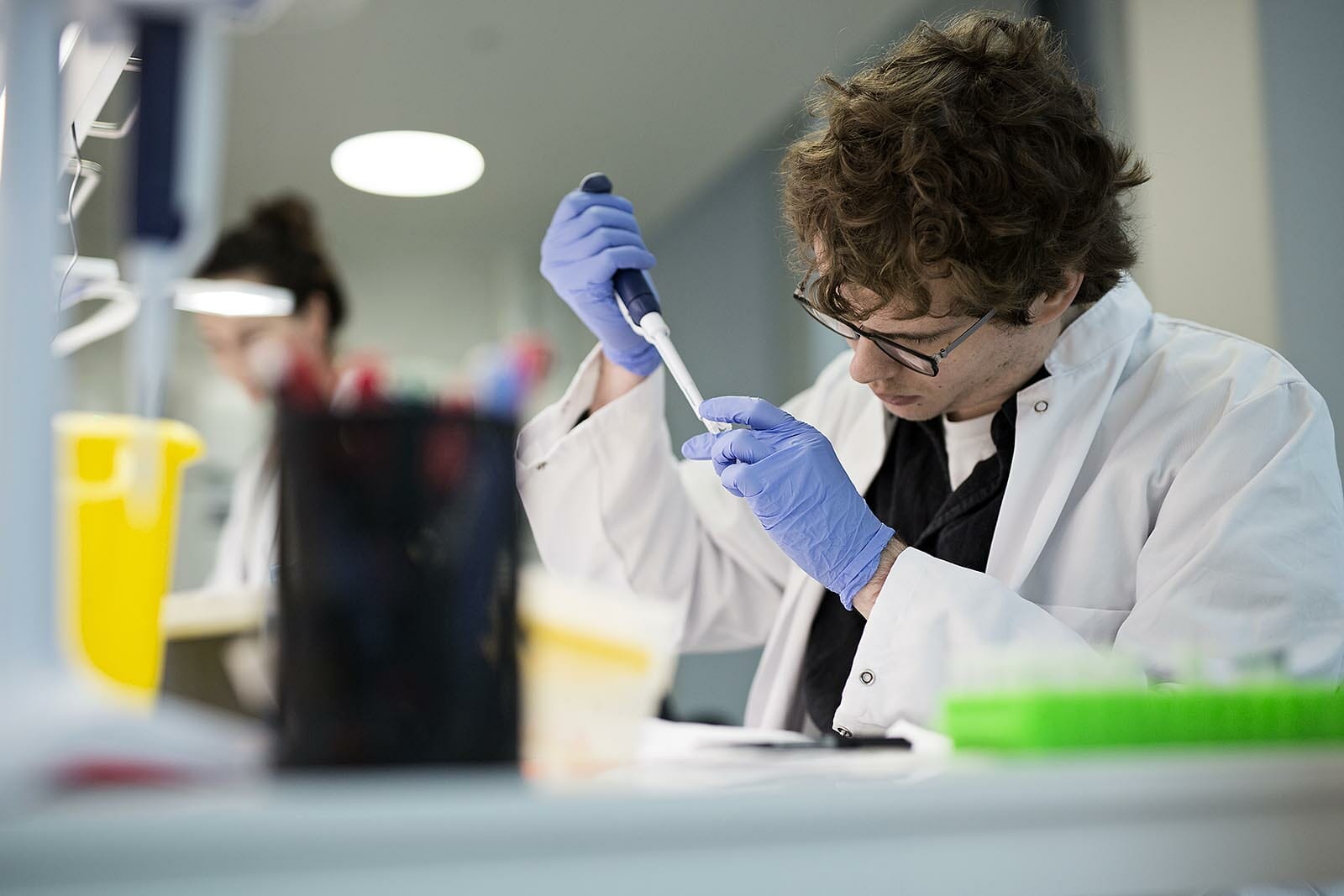 Admissions 2018 — This year it is not only Humanities, but also the subjects of Science at the University of Copenhagen that have been hit by falling applicant numbers. Associate Dean points to the new grade requirements as an explanation. But she believes that the new students are better qualified for UCPH life.

Friday had thousands of aspiring souls getting responses to their applications to a higher education programme. This is the same every year at the end of July. But this year the Faculty of Science at the University of Copenhagen could send out 628 fewer responses than last year. The number of applicants has decreased significantly. Last year there were 6,191 applications in the pile for the Faculty’s approximately 2,000 study places. This year, there were only 5,563, a 10.1 per cent decrease.

… in fact, we have had slightly more applicants than we expected based on last year’s figures.

Grete Bertelsen, Associate Dean for Education at the Faculty of Science

Associate Dean for Education at Science, Grete Bertelsen, points to the new UCPH as the reason for the drop in applications, but she is not worried about it. On the contrary, she expects that the faculty will get a student body that is better qualified. In fact she is positively surprised by the number of applicants for the year.

“We have made some calculations. In fact, we had slightly more applicants than we expected based on last year’s figures,” she writes in an e-mail to the University Post.

The University of Copenhagen (UCPH) has received fewer applications than last year, with a 7.8 per cent drop for the whole university. Nationwide, there were 2 per cent fewer applicants for admission to a higher education programme. The decline in applications to the Faculty of Science therefore stands out when you browse through the list of application numbers.

This does not mean, however, that the Faculty will be thin on the ground. The Faculty of Science would still be able to fill all their places two and a half times over with the applications they received this year.

But not all study programmes are equally popular. Where computer science has been particularly popular this year, physics and agricultural economics are finding it hard to attract students. This is something that surprises Grete Bertelsen.

Last year, all applicants were admitted to 12 of the faculty’s 20 bachelor programmes.

The Faculty of Social Sciences: 1,8%

Faculty of Health and Medical Sciences: -2.8%

In connection with last year’s application round Laura Bech Hansen from the Student Council at UCPH stated that she believed that the decline was the combined effect of a number of factors.

“There are some things right now that amplify the effect. There is the government’s resizing of study programmes, which has really tightened things up. Then there is the cap on education programmes, which puts new pressure on people, as they can no longer make new study choices, and then there is the limitations put on SU study grant periods. At the same time, there have been some dramatic cuts to the humanities. People have heard about this in the media or through friends that are studying, with all the subject and library closures, and so on. So I think there are some things, which make it particularly bad right now,” she said to the University Post.

The only faculty that has seen an increase in the number of applicants is the Faculty of Theology. This year, the small faculty received three additional applications -corresponding to an increase of 1.2 per cent.

For many years, UCPH has admitted far more women than men, and this trend will continue in all probability this year. There are almost twice as many women as men who have applied for admission to the university. And in connection with last year’s admissions 4,383 women and 2,888 men were offered places at UCPH.