Eight Danish stereotypes: Are they true or false? 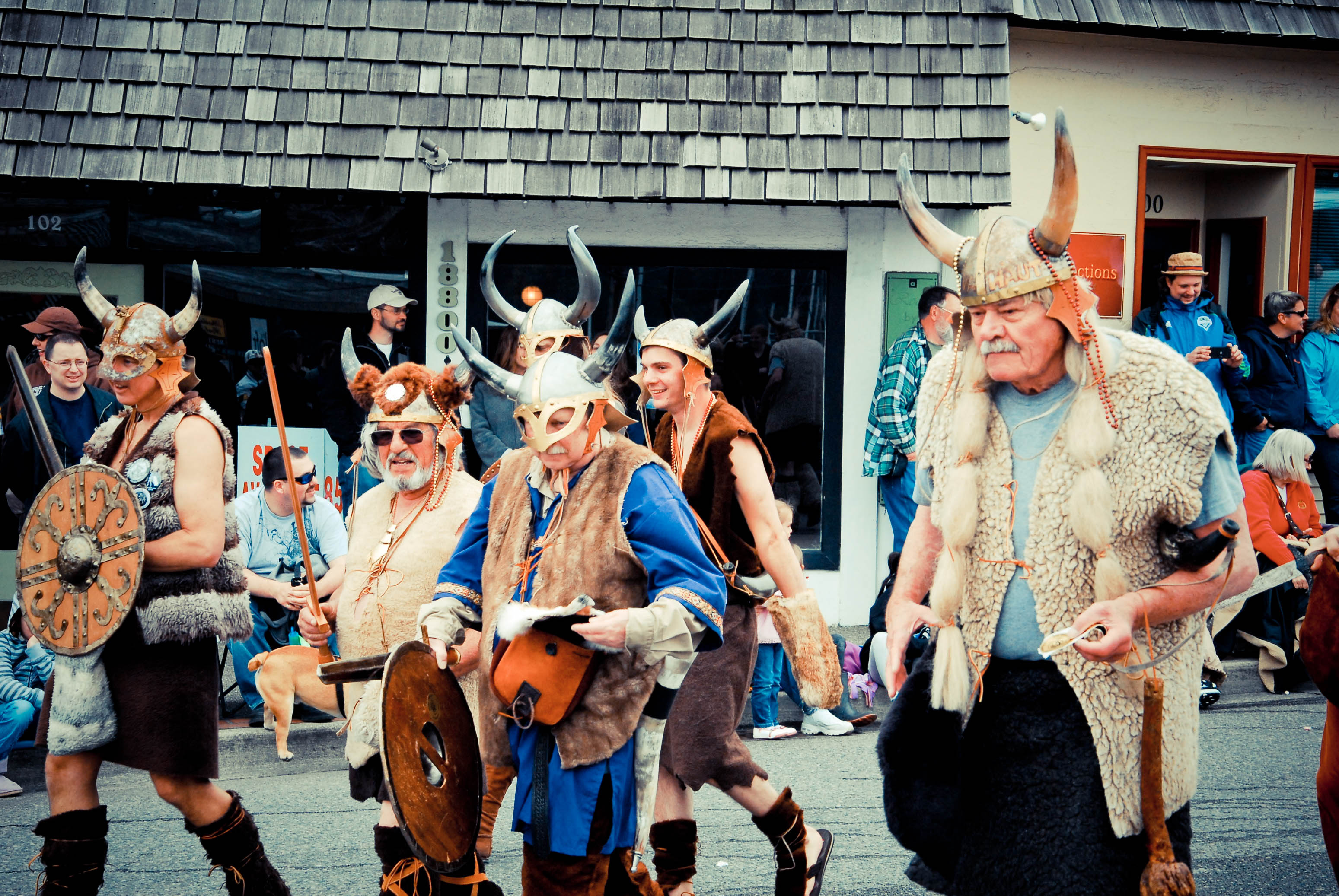 Danes are not introverted, sullen vikings, obsessed with healthy food and black clothes. Or are they? An Indonesian student takes on the clichés about Denmark

New to Denmark or not, you’ve probably heard different stereotypes about Denmark, the Danes and Danish culture. We’ve chosen to look at some of them to find out – are they true or false?

Ever noticed the Danish national flag? Well, it’s kind of hard not to in Denmark, when it’s stuck on every birthday cake, flying off masts in suburbia and waved at airports to greet people coming home.

But why do they do it? Are Danes patriotic? They’re definitely proud of being Danes and their red and white national flag, but wait… After talking to some Danes, I’ve discovered that it’s because of their culture (they will always have the tiny national flag put on a birthday cake even though they live abroad), and it’s because they are proud of their national identity without necessarily feeling the need to fight for their country.

Verdict: This stereotype is FALSE, because the way I see it, identity pride and patriotism are two different things. But also TRUE because, well, some Danes are patriotic and react strongly to anyone who finds fault with their country.

2. Danes are concerned about eating healthy

One of the things I like about Danish supermarkets is that it is easy to find organic (‘økologisk’) ingredients that cost only a bit more than the non-organic, which makes it easier to be healthy. Ever seen Danes eating carrots like candy?

They do it. But why do they do it? Surely it’s part of their culture, but it’s also because carrots are healthy, available all year round, and cheap.

Or have you ever seen Danes eating rye bread (‘rugbrød’) at any time of the day?

Rye bread is healthier, indeed, so the question is, are all Danes really concerned about eating healthy food? In fact, most of them want to believe that they’re leading a healthy life, but it’s not always true. Danes like eating pizza and they really love their pork. You’ll find it in sausages, sandwiches, hot dogs, and more than half of their traditional food, e.g. ‘frikadeller’ (Danish meatballs).

Verdict: This stereotype is FALSE. But a little bit TRUE also.

Danes bike during winter, run in the rain with no care in the world, swim in the sea when the water is well below 20 degrees. Is this the Viking attitude or what? Danes feel proud of having Vikings as their ancestors, besides, they’re quite resistant to living in tough weather conditions (read: cold and rainy days most of the year). Danes have a saying – there’s no bad weather, just bad clothes – so they equip themselves with proper clothes when they run or bike.

By the way, ever seen Danish parents put their babies in strollers in the garden even when it’s winter? Why do they do it? Because it’s considered training for resisting the tough weather for when the baby grows up? Actually the wisdom is (for some) that it is actually good for the babies.

Now and again you might spot Danes looking weak, but it’s only when they’re drunk.

Verdict: They are of course neither stronger, nor weaker, than anyone else! So this stereotype is FALSE.

Danes don’t only drink beer at parties – they also do it in the afternoon at school while hanging out in the park. For example, Aarhus, the second biggest city in Denmark, hosts a famous event called ‘Kapsejladsen’ – an annual boat race at the Aarhus University park – where thousands of people occupy the park and drink beer all day. Some of them don’t go there to support their favorite team and watch the match, but just to be in the ‘annual party’ atmosphere, hang out with friends, and drink lots of beer. It is always super crowded and everyone seems to be having a great time.

Many Danes socialize by drinking, so don’t get surprised if they suddenly become very outgoing and talkative after a few drinks. Besides, many of them were trained to drink a lot and party since high school. When Danes graduate from high school, they party and march around town with their prestigious graduation hats for two or even three consecutive days. They also ride in big open deck cars while drinking beers, yelling, singing, and honking to everybody that passes by. This tradition has been there for many decades.

Verdict: Alcohol does play a big role in Denmark, so this stereotype is, most certainly, TRUE.

If you pay attention, you might notice those indifferent faces. Why? Is it because of the dark, cold, and unfriendly weather?

Read also: 41 reasons why Danes are so strange

Apparently yes, their mood is very much dependent upon the weather. In the summer they will laugh all day in the park because of the sun, but when the weather is not as generous, they will slip into their ‘hygge’- mode. ‘Hygge’ is a term for what Danes call getting cozy and warm with close friends or loved ones. Drinking coffee in a cafe is ‘hygge’, cuddling while watching movie at home is ‘hygge’, home party with friends while drinking beer is also ‘hygge’. Oh, and Danes are also the ones who burn the most candles in Europe.

Aarhus, the city where I live, however, has been known as ‘Smilets By’ (‘the city of smiles’) for years. Sometimes people on the bus and at the university even smile at me when I accidentally look at them, but I wonder if they would do it when it’s windy and raining as well?

Verdict: This stereotype is mostly TRUE, and it has a strong correlation with the weather. But there are some smiley, friendly Danes also.

Danes rarely do small talk, especially with strangers or people they’ve just met. It’s just not in their culture. Ever noticed that Danes prefer sitting alone on the bus? Sometimes they even put their bags on the vacant seat so that nobody can sit next to them.

However, if you ask them for help, they will be very helpful. Also, if you get Danes to like you, they will become very loyal and sincere, but you have to show initiative. Danes enjoy their close circle of friends, and family is always a top priority. Becoming their friend might be therefore challenging for internationals.

Verdict: This stereotype is TRUE, because personal space is important to Danes, and they don’t like to interfere with other people.

Some say that Danes like wearing black clothes because of the Jantelov (Law of Jante) – an unwritten social law. Generally speaking, Jantelov is about being equal in the society and its ten rules basically say that ‘You’re not to think you are anything special’.

Read also: Why are you wearing black? Students questioned

So by wearing black clothes, Danes are trying to avoid looking strikingly ‘different’. However, elderly people and kids usually wear colour. Some Danes say that wearing black is simply a trend because black clothes look very classy and create a slimming effect therefore many Danish designers focus on the cut rather than the colour. It doesn’t necessarily have to be black, Danes also like dark blue, brown, dark green, or grey.

Verdict: ‘Orange is the new black’ doesn’t apply to Denmark, and this stereotype is TRUE, especially for young Danes.

8. Danish girls are hard to approach

Danish girls are independent and strong. Many of them do weight training and workouts, and it is more and more common for them to lift heavy stuff themselves, e.g. luggage, baby strollers, and maybe even a big couch. Some say it is hard to approach Danish girls, whereas others say that Danish girls will be the ones making the first move. For example, some Danish girls buy drinks for the guys they flirt with.

But don’t get upset, it is still possible to get that hot, blonde Danish girl you’ve always wished for. Just make sure that you are physically and mentally strong enough, and remember to treat her as an equal. Gender equality is a very important issue in Denmark and Scandinavia.

Verdict: This stereotype is actually, mostly, TRUE, at least for the Danes who live in Denmark.

And now the bonus:

When it comes to the Danish guys, the situation doesn’t seem much more promising than with the Danish girls. Is it because Danish guys are hard to approach as well? Or are they simply not talkative and shy? Based on my observations many Danish guys simply don’t know how to begin a conversation. Neither do they send or receive signals from women. However, once they get drunk they starting and approaching women. It might sound strange, but apparently some of them grow their courage from drinking. So it is not completely impossible to approach them, I guess?

Verdict: This stereotype is FALSE, women just need to figure out how to make Danish guys speak in the beginning. When they start feeling comfortable and brave, let them do the rest.

OK so I put it out there. I am sure some of you, especially the Danes among you, will be provoked by these stereotypes. So tell me that I am wrong, and explain why below. I am waiting for your comments! 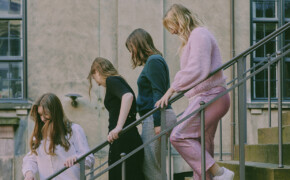 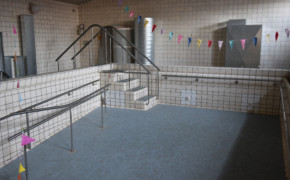 Offbeat locations at the University of Copenhagen