Emil started a grief support group for students: »If I could, I would slap my twin brother, and then give him a hug« 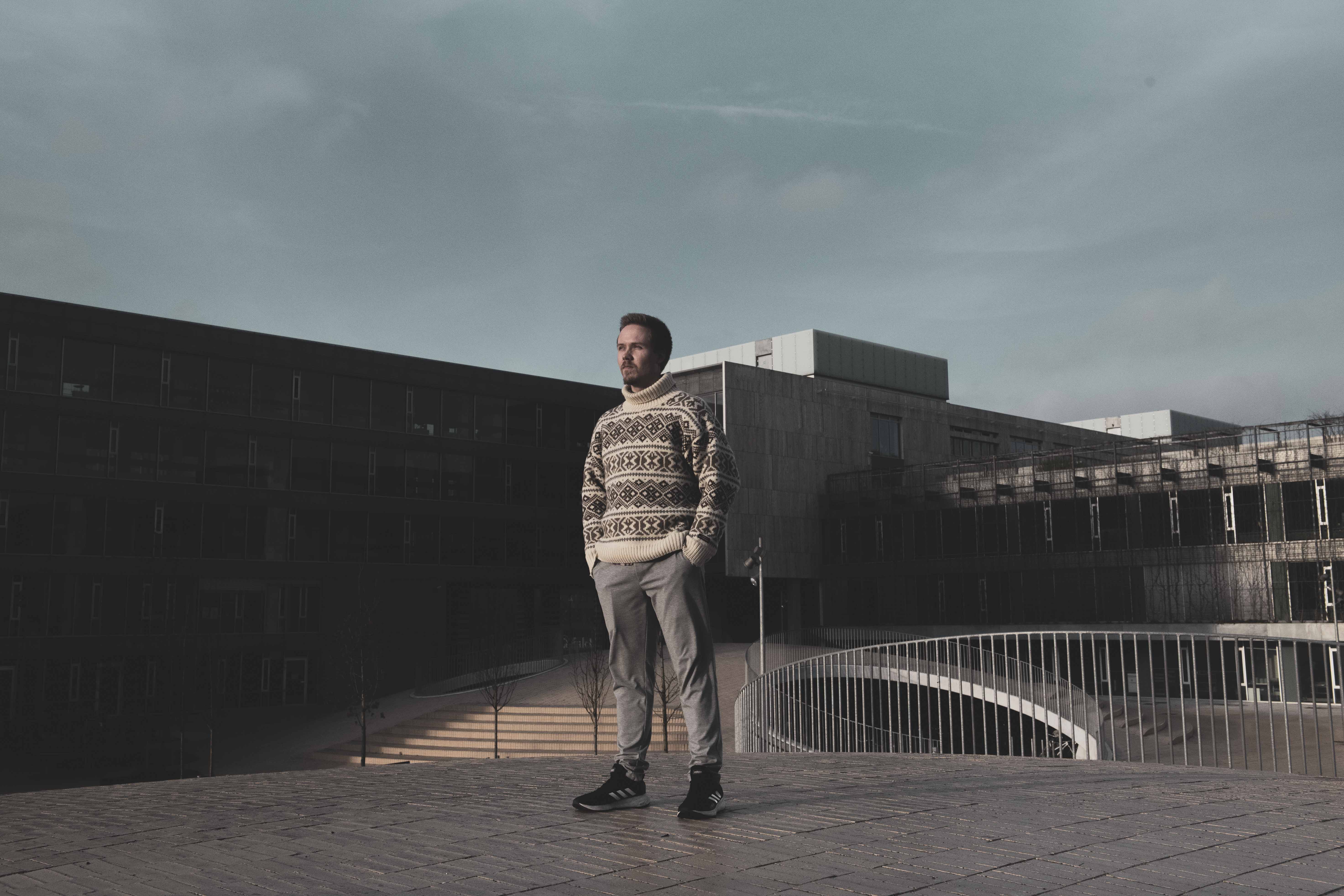 Grief — One year ago, Emil Bülow Petersen dropped out of his study programme. He was badly affected by the loss of his brother. Now, after a new start at university, he has set up a grief support group for students who have also lost loved ones.

The first conversation I had with Emil Bülow Petersen was about grief. It was at the end of August last year, and we walked from the matriculation ceremony on Vor Frue Plads to the Studenterhuset café to meet up with our new European Ethnology study mates. As we walked, Emil told me that his twin brother committed suicide in 2018.

Emil had only just met me and the other students on the programme, but for him it was natural to share his thoughts and emotions.

Grief is not something from which you can be cured. It is something that you need to learn to cope with.

»People have welcomed me opening up about it on social media. I started to write a lot about what I was going through, how I felt, and about what grief is. It was almost a form of therapy,« says Emil Bülow Petersen.

A couple of months after the death of his brother, he set up the Sorg Godt København [‘Good Grief Copenhagen’] Facebook group, a group that now has 120 members who have different lives and who have different types of grief, but who share one thing in common: The wish to share their emotions, and their thoughts about their grief with others who have also lost someone.

When Emil started on the European Ethnology programme this summer, he looked into whether there was a place he could go as a student and meet others in mourning. There was none. That’s why he has now set up a grief group at the university, inspired by the Facebook community he started: It is called Sorg Godt Københavns Universitet.

»I came up with that name because I quickly learned that grief is not something from which you can be cured. It is something you need to learn to live with, because you can’t get rid of it. Grief only occurs if you have loved someone that you have lost. It is the love that turns to grief when you lose them,« says Emil.

You may well be angry

After the death of his brother, Emil read up a lot about grieving, and slowly he began to process his grief by writing about it.

»When my brother died, I thought, what do I do now? My first reaction was panic. I went into shock. I could not grasp it, and it is still quite surreal, even though it is some time ago,« Emil says.

He says that after the death of his brother, he was in a place where his grieving could either turn into something useful and motivating, or into anger or depression. The sense of meaningless and powerlessness can be so overwhelming.

Anger is not always bad, Emil adds. You have to give yourself space to be angry about the way things are after someone dies.

»I’ve often said that if I could, I would slap my twin brother, and then give him a hug. And I think this is a good way of thinking about it. You’re allowed to be angry with the people who have died and over the choices they took, but you should not reproach them.«

»I’ve gotten older than my own twin brother. It shouldn’t be that way, but that is the way it is,« says Emil. 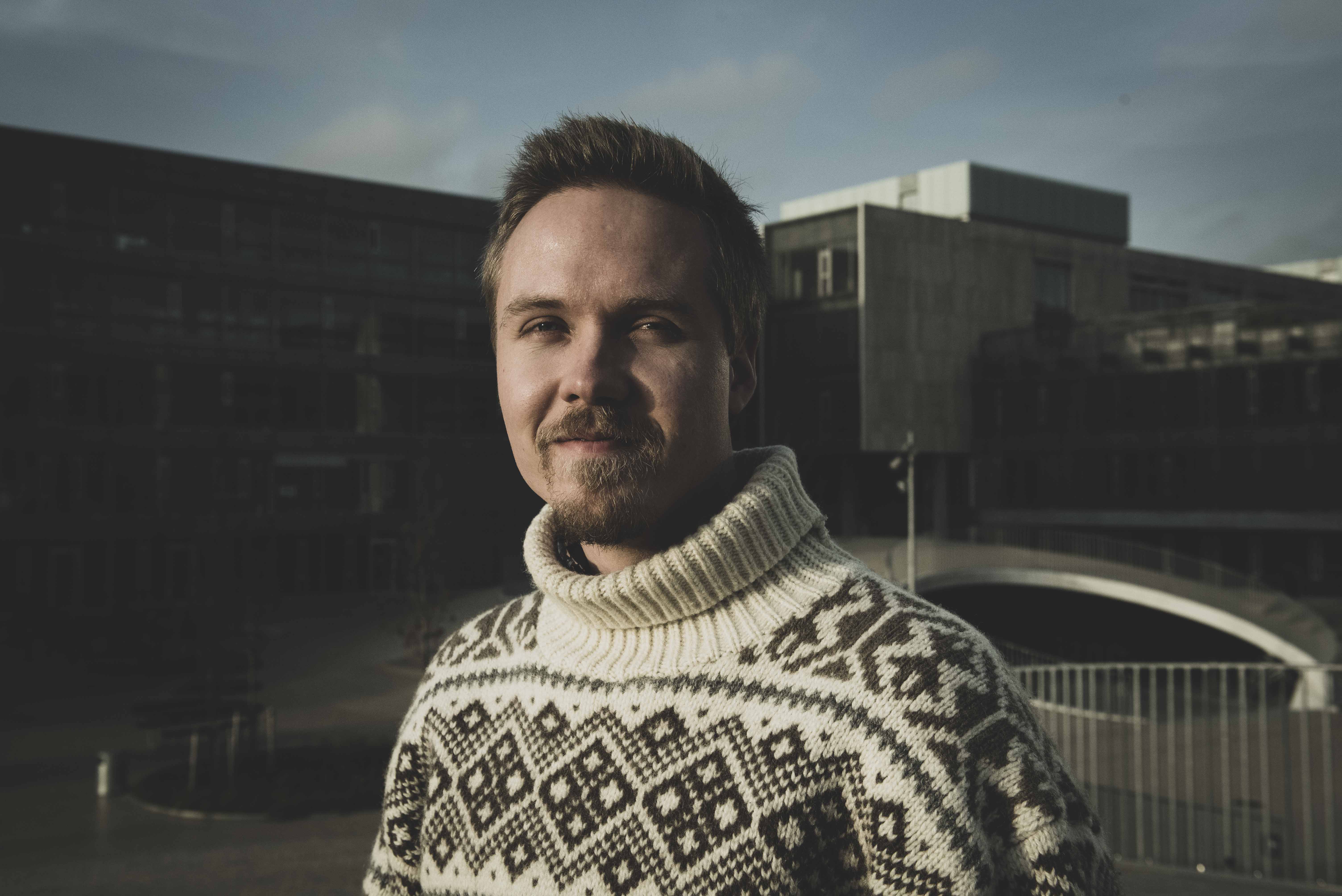 »I've gotten older than my own twin brother. It shouldn't be that way, but that is the way it is,« says Emil.
image: Lene Munk

Emil says that he and his brother had a wonderful childhood, filled with love and care. And with two parents who have always been together and supported their children.

When they were small, the boys went to Moesgård forest, where they caught tadpoles, plucked elderflower and played in the grass.

»We almost shared a language when we were babies. Our own language. When we were playing, we communicated with each other easily, but the adults never understood anything we said. We are, most likely, identical twins, and in this way we are also very close,« Emil says.

»Or we were. Now he is dead, and I’ve gotten older than my own twin brother. It doesn’t have to be that way, but that is the way it is.«

Dropped out of university due to grief

In September 2018, the year before he started on European Ethnology, Emil had started on the Middle Eastern Language and Society programme, also at the University of Copenhagen, where he wanted to specialise in Arabic. He realised a week or two into the semester, however, that the death of his brother was still too close, and he quit.

»It was all so confusing, and the grief had not been been with me for a very long time.«

It is all about finding a way to live with the sorrow, and letting it take as long as it takes.

Emil says now that he is pleased with the decision. He spent the year before he started on European Ethnology coming to terms with his grief.

Emil and I are now finished with our first semester. He says that the study programme is interesting. He reads the syllabus. And unless he has a day when his grief needs attention, he turns up well-prepared for his lectures.

»Grief is really egoistic. It is little goblin that lives inside you, that can be both nice, and irritating,« says Emil and laughs.

»On the days where it’s difficult, I might say: Okay, so I’m not preparing for this lecture – but then I turn up and take notes. Then when I am happy again I can read up on it.«

A network with many options

Emil explains that the grief group includes a Facebook group that you can join and where you can write about who you are, and how you feel. You can also post in the group if you want to organise meet-ups with other members.

»When you become a member, you are not forced to open up and write about yourself. The only thing you need to do is to use the group as you wish. In your own pace. If you want to wait a year before you write about yourself, or if you don’t want to, then this is fine. But it is an opportunity to use the network and get in touch with other students who are in mourning,« says Emil.

He plans to organise events for the members of the grief group like, say, lectures or just events where you meet informally at a lake, a café, a bar, or wherever the members want to meet. Emil also lets the grieving students contact him privately on his email if they just need to meet informally with another student and talk about how they feel and what they need. 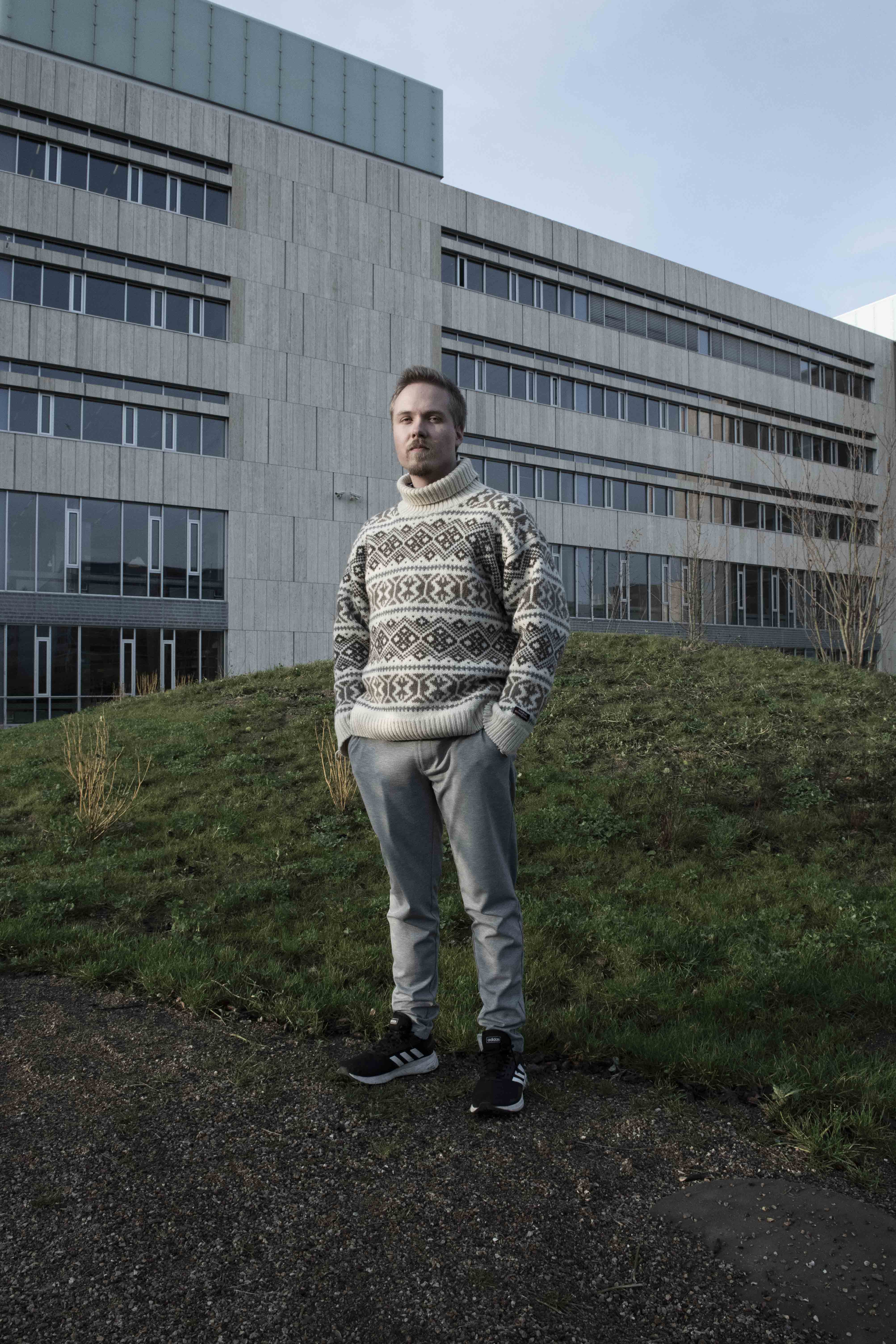 The grief group is to collaborate with the student chaplains at the university, who are to run the groups in the spring of 2020.
image: Lene Munk

The grief group has already started collaborating with the student chaplains, who from Spring 2020 will be in charge of the support groups for the members. The conversations in these groups are for all students in mourning, regardless of their religious beliefs. They will be existential conversations, according to the student chaplain Inger Lundager:

»Taking an existential approach indicates that loneliness, anxiety, guilt, shame, sorrow, identity crises, etc., are not seen as problems that need to be solved, but rather as something existential, and part of life itself. Grief is more than a feeling of sorrow. It is this, of course. But not only this. It is a fundamental condition of life, and we are all subject to it. It is more a kind of burden, than a problem that needs to be solved. It is more about finding a way to live with the sorrow, and this should take as long as it takes.«

Apart from the collaboration with the student chaplains, Emil also hopes to co-operate with other initiatives that work with grief in Copenhagen and the surrounding area. In this way he can forward the group’s members to others if they need more than the informal conversations with other students.

This is the purpose of the group. It is to be a network with a wide range of activities and opportunities for students who are in mourning at the University of Copenhagen.

»It is very informal. The grief group has been made by students for students. It is actually just about taking the step. Make contact, open up – and we will take it from there,« says Emil.