Escape from concrete: Three students had enough of Copenhagen 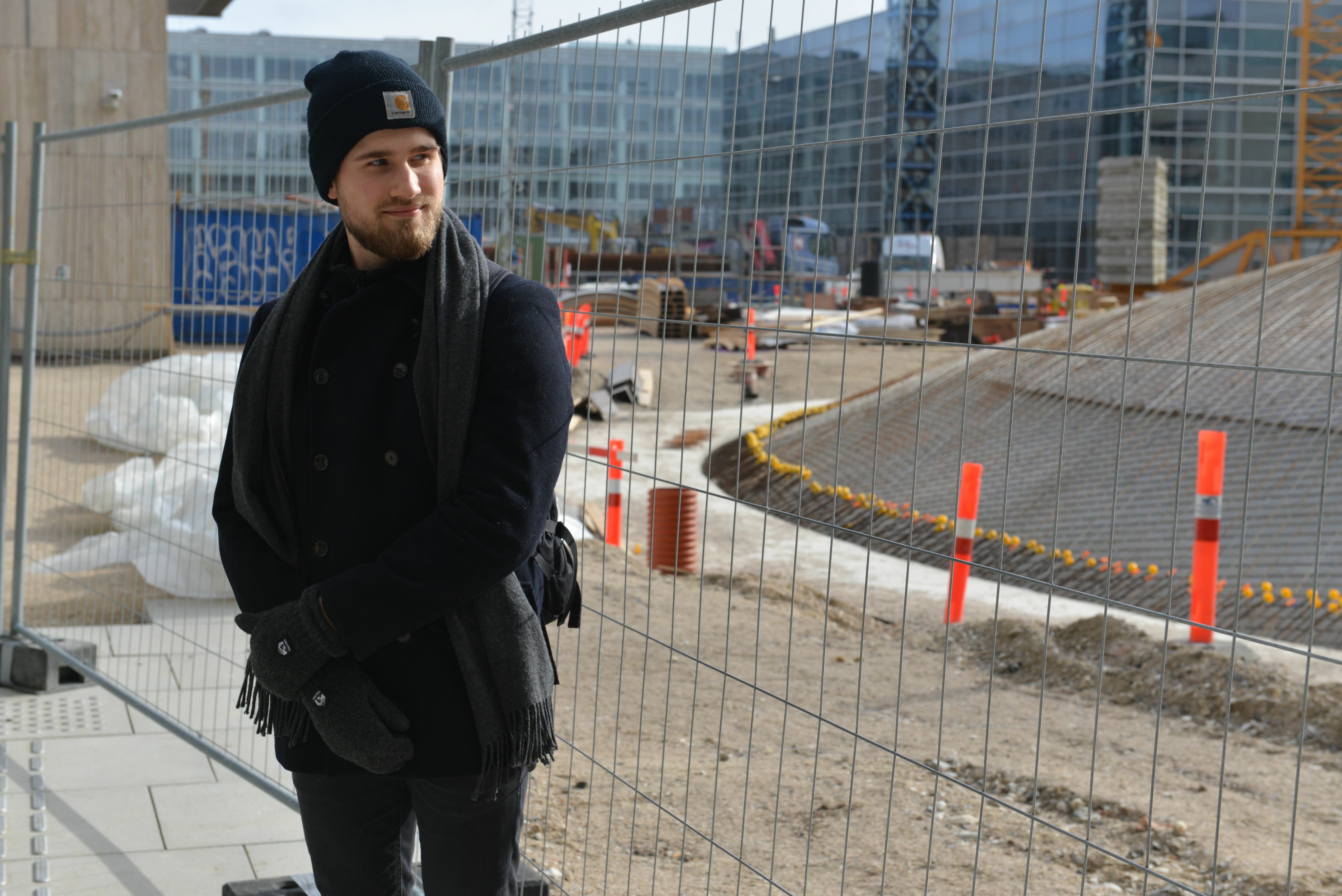 Malte Hall is one student who has bid the city concrete and construction sites farewell.
image: Rasmus Friis

Relocation — Copenhagen is not for everyone, and not for all students. We met three UCPH students who have left their urban lives to make a home near the fields and forests.

You normally hear the opposite. About young people fleeing from small town communities to the mythical, pulsating metropolis where the nights are long, the lights are many, and the freedom is as infinite as the long boulevards.

But some move the opposite direction. They have had enough of the soaring concrete complexes and sharp elbows on the 5C line and are seeking permanent refuge in rural retreats. Far away from the noise – and from their places of study.

The University Post met three UCPH students who have left Copenhagen behind and opted for rural surroundings. Not only because of the housing shortage or expensive prices, but also because they wanted to get out of the big city.

Malte Hall Jørgensen (24) decided to move out of Copenhagen. And not just to the suburbs of Hvidovre, Virum or Bagsværd. But to Humlebæk.

Malte didn’t really like Copenhagen, he says, when I met him at South Campus where he is studying information studies and cultural communication and where the cranes and diggers inhabit the construction site outside the windows.

It is not because you do not have the same thoughts and worries, but it is as if you can consider your life situation with more peace and calm.

“Copenhagen is being overrun. There is everything happening here; there are many people and there is concrete everywhere, and there are police sirens and exhaust fumes. When you need to go down to the bakery, there is not just one option, but five. There are many advantages. But for me, it has never really been a home,” he says.

1st April he and his girlfriend moved to Humlebæk, where there was only one choice of bakery. The only one in the neighborhood.

“There is something beautiful about the absence of options,” he explains. “When you go out into the great outdoors, you don’t just go to a Vero Moda or a Baresso coffee bar and buy something. Instead, you can listen to the leaves that crunch on the forest floor and the fragrance of the newly mown grass. It is not because you do not have the same thoughts and worries, but it is as if you can consider your life situation with more peace and calm.”

Malte admits that he, like many others, had a romantic image of urban life during his upbringing in the provinces, but it quickly turned out to be a chimera when he moved his life to Copenhagen. He didn’t exactly land in a city oasis. For two years he lived in the seventeen-storey block of flats on Peder Lykkes Vej in the Amager district. It was used as the stage for a TV production called ‘Christmas in the Block of Flats’.

In the series, you could see one section of residents emptying Tuborg beers non-stop, morning and evening. 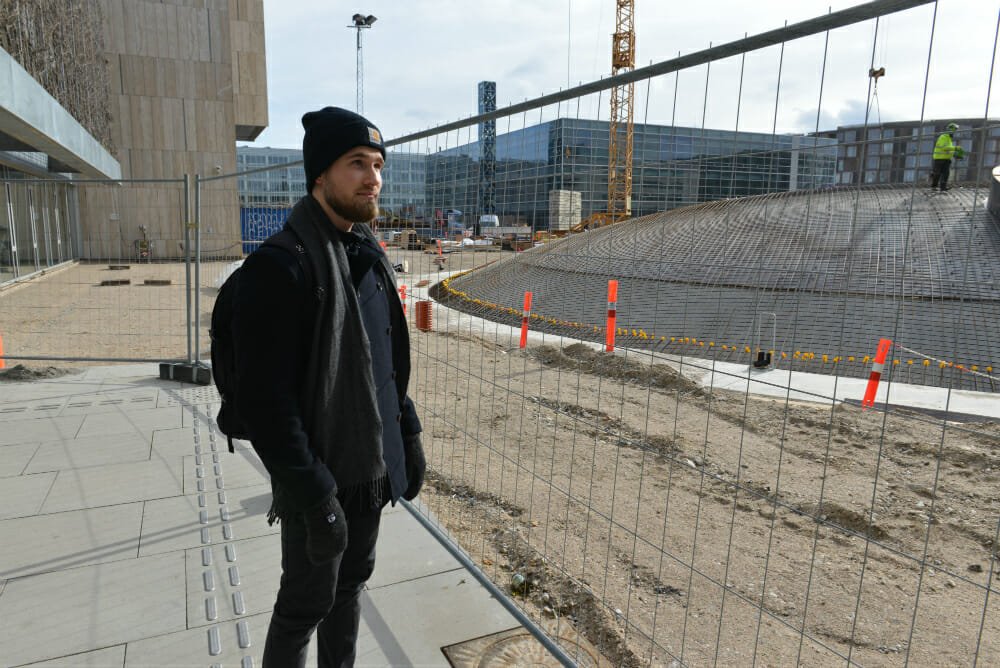 “No doubt it reinforced my negative experience of the city, living in the block of flats. But I had opportunities to move to other places in the city where I chose not to do so. I missed the calm and the peace of mind too much. When I am home, I would like to be far from Copenhagen,” he says.

He hesitates when I ask him if he will miss the city now that he has it at a distance. He scratches his beard, and then ends up answering no – he has bought a one way ticket out of Copenhagen.

“Right now, I’m just looking forward to moving. I already know that one of the first things I am going to do is plant potatoes in my new garden,” he says.

The Austrian, that had to change herself

Someone who has already moved far away from Copenhagen, is the Austrian student Eva Steffenhagen Krogh, who is studying Indo-European Studies at UCPH. After five years in Denmark, she moved to the outskirts of Fredericia – a two and a half-hour train ride from her place of study.

It’s not that you can’t get a smile in the metro or the train, but it is very rare that people look up from their phones and look into each other’s eyes.

She has never actually lived in the heart of the city, but in the suburb of Herlev. Here, from her window, she could look out onto a parking lot, where men in hoodies played bass music from cars and were likely guilty of something or other. In the meantime, the S-trains roared passed the flat and, for a moment, deafened the constant buzz of sound coming from the main street.

“It was stressful living in the city. There was noise all the time, also during the night,” she says.

But it was not the noise getting inside the walls, which took a toll on her, it was the shortage of human contact. When she was brought up in Austria, she was used to chatting with random people at bus stops, but in Copenhagen, she had to give up.

“It’s not that you can’t get a smile in the metro or the train, but it is very rare that people look up from their phones and look into each other’s eyes. I think they are too busy. I got the feeling that I shouldn’t get in the way, and in the end I just got used to not taking the initiative for contact,” she says.

This realization came slowly during her five years in the Greater Copenhagen area. When she moved to the city, she enjoyed its opportunities, but gradually Copenhagen grew into being too large and too foreign to her. “The city changed me,” she says today. 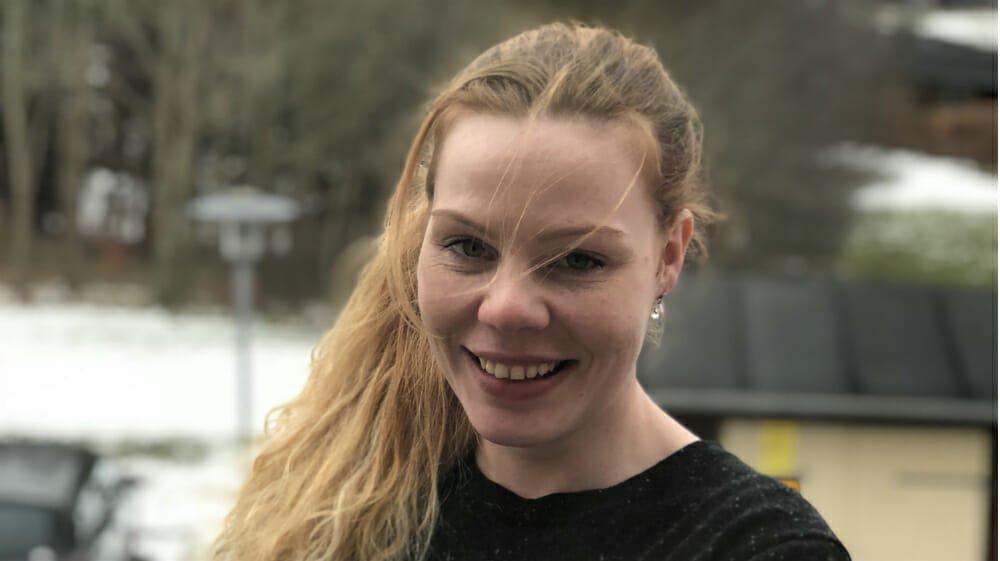 Eva Steffenhagen Krogh has moved to the outskirts of Fredericia, even though she is studying at UCPH. (Private photo)
image: Privat foto

So she fled from the noise and the shady characters in Herlev and went west, far west. Today, she lives in the outskirts of Fredericia with her husband and two small children on the verge of the forest.

“I love the countryside here, and I love the people. They are more open. When we moved here, the caretaker was ready with a drill so we could fix some stuff right away, and when you shop in the local Føtex, you small talk with the other customers,” she says.

“It may well be that I have come far away from the study programme. But I can tell that I have a lot more energy in my daily life.”

The biologist gets his energy from nature

One thing that is in common for most of the UCPH people that move out of Copenhagen and set up home in the countryside, is that they are married and have children. The morning parties on Dronning Louises bridge, the techno concerts in Vega and the burgers on a production line in the meat packing district are memories of times past.

If you are stressed over course assignments, it is really useful to go out into nature and think things over.

30-year-old Mikkel Haahr, a student of biology, is married and has just become a parent. But even when he was at an age of long nights, he never fell for Copenhagen.

“This may sound harsh, but I think Copenhagen is overrated. When I moved to the city in 2009, my girlfriend and I thought that we would exploit all the opportunities there. Because something is happening all the time. But we ended up using the city very little.”

A year ago Mikkel, his girlfriend and their newborn baby from the Vanløse district to the village of Sengeløse, where the church watches over the fields, and where the local pub has huge servings of fried pork. Or as the aspiring biologist puts it: “There is a classic village atmosphere about it.”

If you are stressed over course assignments, it is really useful to go out into nature and think things over. This was not something I got in the city – and I don’t get it from watching Netflix in my apartment,” he says.

“It may well be that I had the Damhus lake in Vanløse, but there were always so many people. And you had to constantly watch out so you did not get in the way of the fun runners.”

In Sengeløse, he spends hours building this and that in the gardens, the do-it-yourself projects that he had to put aside before. Or borrow tools, because he did not have room for them at home.

On the other hand, he now commutes five times a week, one hour each way to and from his biology place of study. In Vanløse he just had to jump on the bike and pedal. Unlike Eva Steffenhagen and Malte Hall, he does not deny that he will return to Copenhagen one day.