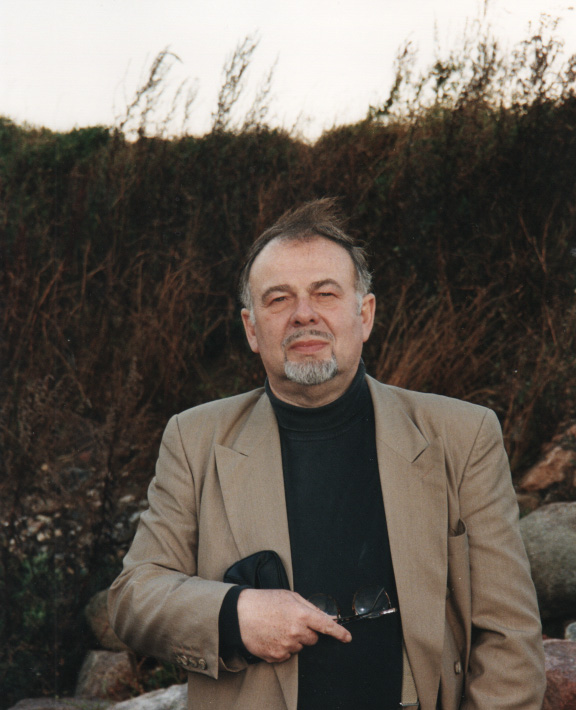 Obituary — François was the funniest man I have ever known. With his extraordinary memory and linguistic prowess – and his talent as an actor – he always had a funny joke to tell, even when he was seriously ill.

by: Hanne Korzen
Dr. phil. and former professor at CBS

It was with great sadness that I received the news that my close friend and colleague François Marchetti passed away on 11 April 2021.

François Marchetti, who was born in Paris on 9 September 1936, came to Denmark in 1946 with Save the Children and spent three months with a family on Funen, where he returned during summer holidays in the years that followed. This marked the beginning of his lifelong love of Denmark and the Danish language, which he quickly mastered.

François Marchetti began translating early on in his career (his translation of Kaj Munk’s Ordet [the Word, ed] is from 1957), and he translated over 10,000 pages of a variety of genres from Danish to French, including all of Kaj Munk’s most important plays, fairy tales by Hans Christian Andersen, around 40 audio plays and poems by authors such as Benny Andersen, Thorkild Bjørnvig, Frank Jæger, Erik Knudsen, Tom Kristensen, Jens August Schade and Halfdan Rasmussen, all of whom were made famous in the French-speaking world by François Marchetti.

He also gave lectures and participated in radio broadcasts in France about Danish culture and thus became one of the most important communicators of Danish culture to the francophone audience in recent times.

For the next 15 years, François Marchetti spent a lot of time on lexicographical work and helped to compile completely revised editions of the dictionaries. He made a significant contribution to these essential linguistic tools.

François spent a lot of time helping his colleagues with translations and he was the one to ask about the nuance and usage of (sometimes convoluted) grammatical constructions. I benefited greatly from his knowledge while writing my doctoral dissertation.

François was the funniest man I have ever known. With his extraordinary memory and linguistic prowess –  and his talent as an actor – he always had a funny joke to tell, even when he was seriously ill.  One could not help but be in a good mood in his presence.

François Marchetti received several accolades for his work: in 1980 he was awarded the Order of the Les Palmes Académiques, in 2009 he became Chevalier des Arts et Lettres, and in 2010 he became a Knight of the Order of Dannebrog.

Get a weekly email in your inbox