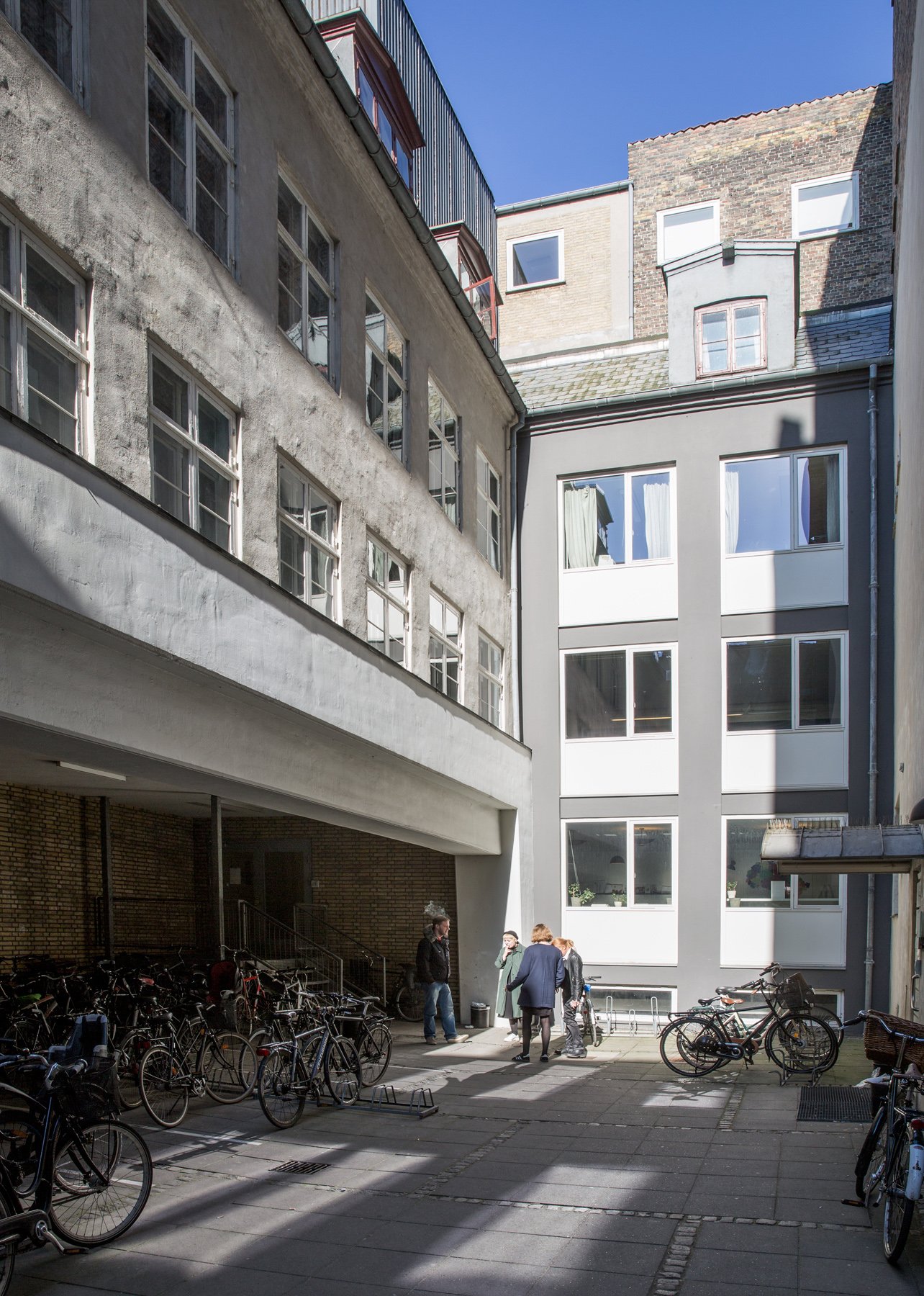 CHANGE — After 45 years in Købmagergade, The Faculty of Theology is moving out of central Copenhagen. But changes are never easy, resulting in a mix of nostalgia and excitement.

It was, if not a palace, then at least a place revolution, wrote Mogens Müller in his sketch on the Faculty of Theology in the 20th century about the move to Købmagergade 44/46, which was further occupied for nearly .

It was the year 1971, when the former post warehouse became a place where theological ideas were born and developed. From occupying just a handful of rooms at Studiestræde, theologians moved to a building that had separate floors for every department.

2017 marks another big change for the KU’s theologians. It is the time for Theology to join Law and Humanities at modern facilities of Søndre Campus. A shining new building at Amager just began its service, as the new semester started on the 6th of February.

But changes are never easy. How do the students and the faculty remember the old Faculty building? How do they feel about the move? And how does the new building answer their hopes and doubts? University Post went on to answer those questions.

A busy street in the middle of the city. Just a short walk from and a stone’s throw from the Trinitas Kirke. Inconspicuous sign over the archway with the words DET TEOLOGISKE FAKULTET marked the entrance to a very complicated building.

For a new person it was never easy to find oneself in the complicated maze of stairs and hallways that constituted the old building of KU’s Theology. But in the same time it had a certain kind of charm. For many it was much more then just an assembly of offices and classrooms.

»The end of January 2017 will mark my thirteenth month of frequenting the Købmagergade Faculty as a daily work space, week in and week out,« says Samuel Nwokoro, one of the master students.

»During this period, this four-floored, caved-in block of classrooms and libraries came to signify an arena of intellectualising, friendship, interaction and other shades of soulishness that characterise such learning environments.«

»Thank you Købmagergade 44-46 for being the place of wisdom, mystery and parties through my entire bachelor,« recalls Linette Floutrup, a Theology’s veteran with nearly five years of studying experience. »And TeoBar, oh, a great thanks to you! I have visited you at the Christmas parties, Halloween parties, the slowly Fridays with only a few people but a good vibe, the 90’s party in 2013 that was probably one of the greatest parties down there, and, most of all, thank you for the wonderful staff that has provided us with beers and drinks, and told us when it was time to go home and sleep.«

Separate spaces made just for the Religious Roots of Europe and the Centre for African Studies are also warmly remembered by students.

»I think the best memories lie in having a room that gathered us to study, meet, relax and feast in. This space that our coordinator asked the board to offer to our group was a truly great idea. It made you feel at home at the faculty,« says Nashwa Hasani, one of the RRE students.

And while some also disliked the building itself, they highly praised its surroundings.

»I moved to Copenhagen just when RRE started in 2009 and was hired right away. So I only have seven years of experience with Købmagergade. I never liked the buildings much, but I always loved the environment in the city. Moving to Amager will reverse that, I’m sure: The environment will be much less charming, but the buildings will be immensely improved. Working with technology and video conferencing the way I do, the constraints of Købmagergade are remarkable, so in that sense, the new buildings should be so much better,« says Martin Ehrensvärd, an Assistant Professor from the Department of Biblical Exegesis.

Undoubtedly, the old building had its perks and drawbacks, but it was for sure a memory-maker.

»Købmagergade may not have been the best of facilities as modern learning environments are concerned, and even though we look forward to Southern Campus, Købmagergade will be missed by the many that maneuvered the turns of busy city centre streets to find their way to it. Especially by students for whom learning, writing and grading was its hallmark,« sums up Samuel Nwokoro. 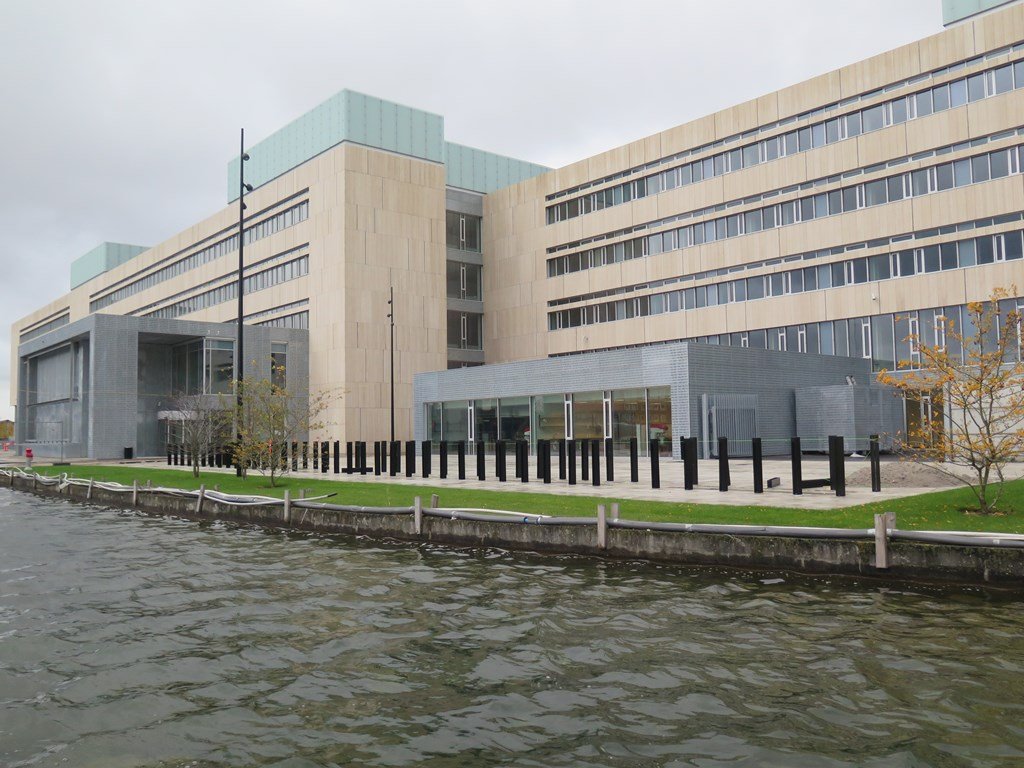 A quieter neighbourhood, close to the metro station Island Brygge. An impressive mixture of concrete and glass may intimidate at first, giving a strong impression of a serious place. And finding oneself in the new building seems to be as challenging as at Købmagergade, which is only strengthened by strange numbering of rooms like 8B-0-54.

No wonder some of the students feel uncertain about the move.

»I am left only with writing my thesis, and I have adjusted to the old place. Moving for only a few months is not something I am very enthusiastic about. It would be better if they would move in the summer,« says Despina Baxevani, who just passed her penultimate semester.

»I haven’t actually visited the new building yet so can’t say much. But location-wise it’s not as convenient as when the Faculty was in the city,« says Alice van den Bosch, »but I guess it makes sense in some ways to be near the other humanities libraries and buildings.«

However, as soon as one enters the still unnamed Marketplace, this feeling lessens. The glazed interiors of classrooms and offices, a designer staircase, and a full scale view on the interior garden promise a vibrant space that will be bursting with life.

Meticulously prepared desks on the first floor offer a welcoming place to study among colleagues and friends, and old armchairs and sofas bring a touch of coziness from the previous building.

The Dean, Kirsten Busch Nielsen, does her best to make the new place as friendly as possible. She says she hopes that the new building, by having classrooms next to the offices, might actually bring students and faculty together.

The new professionally catered café is planned to be a place of meetings, available to everyone, with a student hub right next to it. Beautiful new shelving will partially house the books from the old library, and will be freely available in the hallways. And an open study place will be supplied with the lockers available for those in need of storage.

But what probably interests students the most is the future of TeoBar. And there is no need to worry, because the famous Friday Bar will have its rightful place at the new building. A series of housewarming events are planned in February, with the celebration of relocation planned for March. The Social Hub will welcome all students to Søndre Campus on the 10th of February at 15.30-17.00. And the official inauguration by three faculties, Humanities, Law and Theology, will be convened later in Spring.

The move will finish with libraries being relocated in the beginning of February. And with it a certain chapter of KU’s history will close. For those who are yet to visit the new house, the Dean prepared a video (on the UCPH intranet) with a short tour around facilities. And there is a special page in KUnet devoted to answers to some more pertinent questions.

As Linette Floutrup concludes· »We will try to embrace the new place, but when I get old and have to tell the same stories over and over again to some high-tech grandkids, I will tell that I studied Theology in Indre By near Rundetårn, and it was a cool place where I got a lot of my wisdom.«