Fellow student: What would you prefer? Being called a ‘wog’ or an ‘immigrant’? 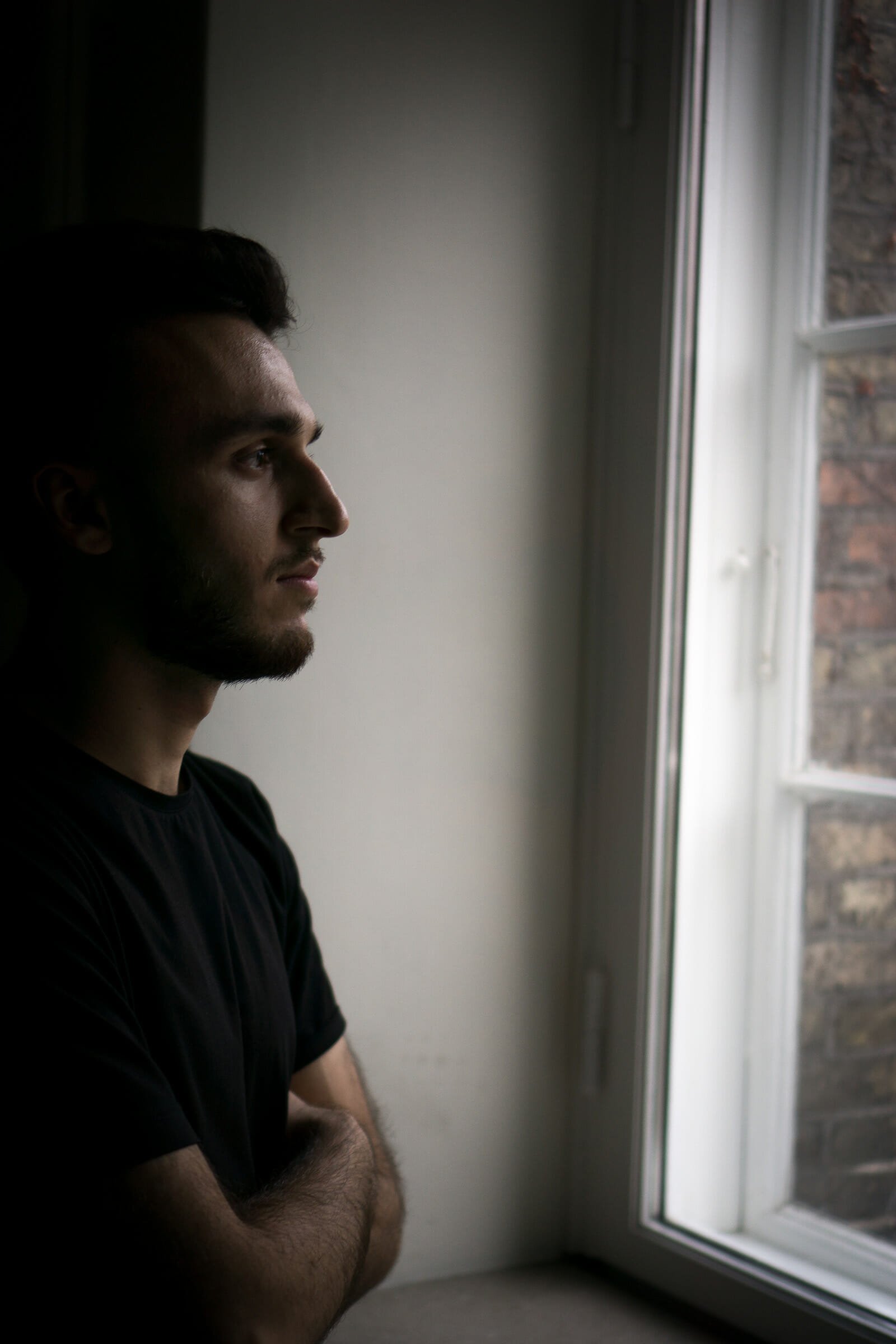 »When you tell me that I'm just a dark-skinned man that can't take a joke. Then you might as well be telling me to shut up,« says Flavio Sabah Saleh, who is a student of political science.
image: Lasse Sørensen

Everyday racism — Student Flavio Sabah Saleh rejects the Danish so-called ‘hygge-racism’. But others see stereotypical jokes and expressions as a path to familiarity and friendship.

Have you ever cracked a joke about Jews in front of your Jewish buddy? Or perhaps you have a mischievous joke about slavery ready for your swarthy roommate? How about a general comment about China to your friend who is of Asian origin, despite the fact that he has never had anything to do with the country? It should not be taken personally. This is just Danish humour.

But it shouldn’t be like this if you ask 22-year-old Flavio Sabah Saleh. He studies political science at the University of Copenhagen, and it was among his fellow students that he first met the mundane Danish everyday racism on his first year of studies.

Hygge is a Danish word that means conviviality and well-being, and which is regarded as a defining characteristic of Danish culture.

The Danish dictionary Den Danske Ordbog defines hygge racism as: »Using racist words and expressing prejudices with respect to individuals of other ethnic origin in a way that you find fun and unproblematic, but that is hurtful and offensive to those who you talk about, or talk to.«

»When I started university, I was, for the first six months called ‘the Iraqi’. I didn’t know why it should be like that. I didn’t dare say anything about it. You don’t want to become known as ‘the dark-skinned angry man.’ Back then, I was convinced that it was just Danish humour,« he says.

Getting the nickname ‘the Iraqi’ was not the only one reportable event at political science, says Flavio, who says that he in 2018 was at a party at political science relaxing with friends. Out of the blue, a female fellow student started a conversation with the question: Do you prefer to be called a wog or an immigrant? (The Danish term for ‘wog’ is ‘perker’).

»I stared at her and thought that this was one of the most crazy things that had ever been said to me. I did not respond. It was as if I did not dare to reject this. How are you supposed to respond to something like that?« he says.

According to Flavio Sabah Saleh there is no racist intention behind the comments that he gets from white Danes. But he still calls on people to think before they start to joke with racist stereotypes. For him, it is about white Danes acknowledging their own position in relation to minorities in Denmark.

I stared at her and thought that this was one of the most crazy things that had ever been said to me.

»It is difficult to talk with white Danes about this. It becomes very personal. As a member of a minority, I have something at stake, and get scared. But I know people who have actually accepted the criticism, and who support the right to say no to this everyday racism. As a white person, you are part of the majority in Denmark. And I would therefore like more white Danes to dare to stand up and say no when someone is obviously joking on the basis of racist stereotypes. As their privileges go beyond my own,« he says.

It is also because you are white

At the other end of the spectrum are Mads Kreutzmann and Aof Kan Rasmussen. They both study cross-cultural studies at the University of Copenhagen, and have known each other for almost six years. They both have a humorous relationship with the themes of race and identity.

»I like politically incorrect jokes,« says Mads Kreutzmann. It is wrong to tell them, but this is what makes them funny. From my perspective, it is also inclusive. If I make fun of someone else, it also shows my acceptance of the person,« he says.

»But this will depend on the context. If a person does not think it’s fun, then it’s not okay,« he says.

If I make fun of someone else, it also shows my acceptance of the person

They share this sense of humour. The coarser the better. There is a large arsenal of derogatory terms when they both get off to a good start. It’s all about balancing on the edge. Aof explains:

»I often make fun of Mads’ skin colour. If he makes a serious statement, I can take him down by saying for example, ‘this is just because you’re a white Nazi’. He counters with a ‘you are also just a rice muncher’. It’s not because we are racist, but our way of getting at each other may be a little racist.«

Aof Kan Rasmussen says that he himself has experienced that people he did not know made fun of him based on Asian stereotypes. In these cases, he found the everyday ‘hygge’ variant of racism offensive. But with Mads, it is another matter.

»With Mads, it is fine. We know each other. But if people don’t think it’s fun, then they should say it,« he says.

»Definitely. If people don’t like the jokes, then you have to respect it,« he says. 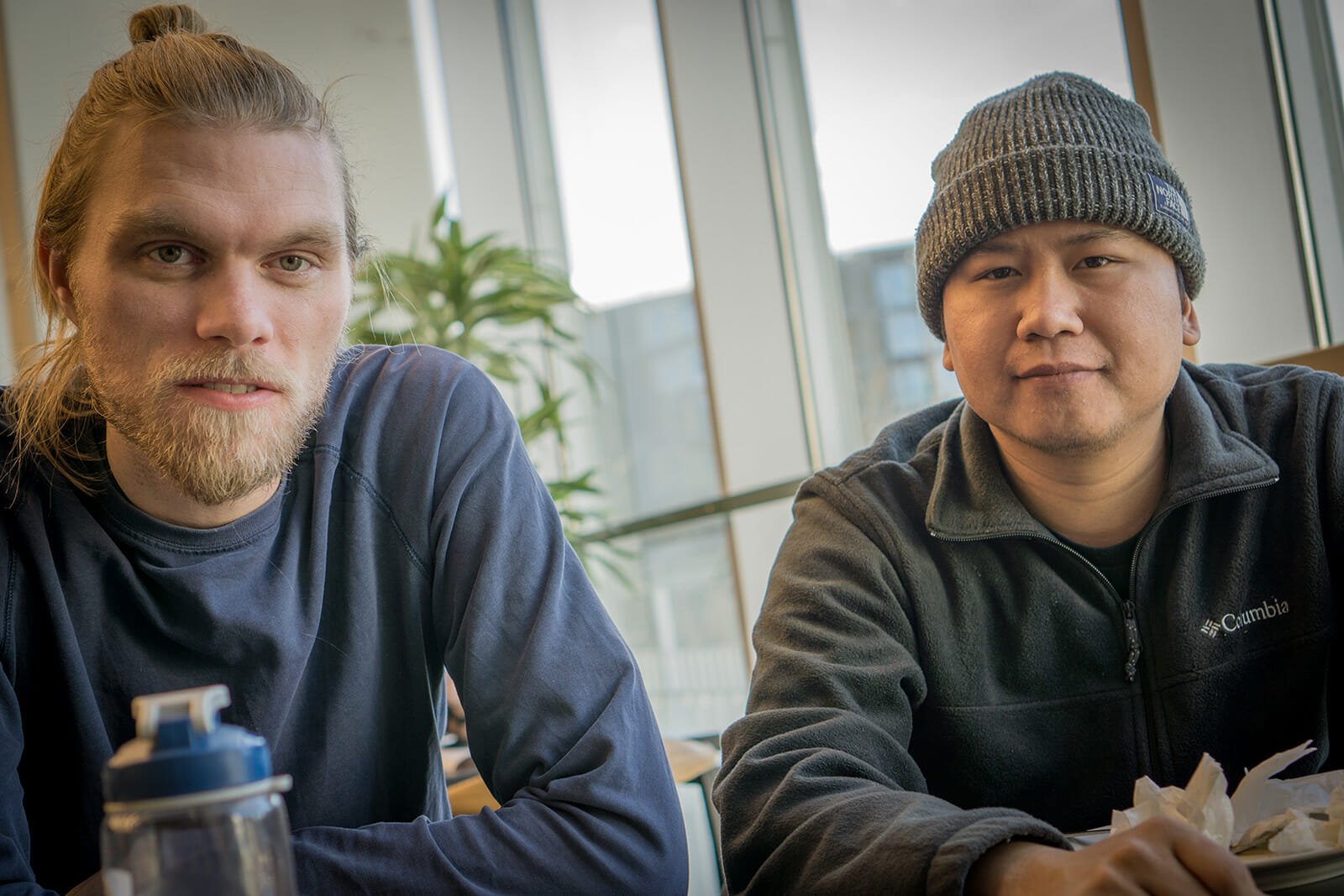 You are not always aware of your actions

»Implicit bias means that you are not always aware of how your actions or conduct works in the outside world. You might find the stereotypes of other people are fun to point out without considering yourself to be directly racist,« she says.

While this everyday or hygge racism may seem harmless, it may have a negative impact anyway, according to Ditte Marie Munch Jurisic:

»Even if you think it’s fun to express a particular joke, it is not certain that it will be received in the same way by your opposite number. The intention is not necessarily to do harm, but the consequences can be quite different. This is why hygge racism is problematic.«

According to Ditte Marie Munch-Jurisic hygge racism is a problem that most Danes overlook.

»The research shows that a person who experiences hygge racism, does not protest among the group of friends, and laughs with them, because the individual cannot be bothered to have the tough talk about it. The author of the joke therefore believes that everything is fine, even though in reality it may have done harm,« she says.

Hygge racism is not black or white

Ditte Marie Munch-Jurisic cannot set up clear criteria for when something is hygge racist. But she says that you have to show an open mind if you are confronted by a person who feels offended.

This is about people who believe that there is a real problem.

»We should take it seriously and listen. Don’t be defensive and try to downplay it by saying ‘it was just a joke’ or ‘this is just Danish humour’. Otherwise we’ll get nowhere,« she says.

Is it the culture of victimhood that is coming into play, when you problematise this hygge racism?

»We need to move away from the constant debate over victimhood culture in Denmark. This is about people who believe that there is a real problem. Society is constantly developing, and our perception of right and wrong change. What is happening now is that some people are challenging the ideas about what it is okay to do. It is the context that determines what is acceptable – among a group of friends, in a class room or somewhere completely different.«

Is it a real problem?

There is, at present, no recipe to deal with hygge racism – neither as a sender nor as a receiver. Or whether you should perceive hygge racism as a major societal problem. Flavio Sabah Saleh is clear in his own mind about it, however.

»When you tell me that I’m just a dark-skinned man that can’t take a joke. Then you might as well be telling me to shut up. It is legitimate that I go out and talk about my experiences with a problem in Danish culture. Many white people think that the problem does not exist.«

»I don’t think it should be a taboo to joke about things. It is also a way to address people’s appearance without it being through serious conversations. For me it only becomes racist, if you actually believe what you say.«

»But you also need to be aware of what you as someone from a majority say to a person from a minority.«