Feud over circumcision is now at the University of Copenhagen 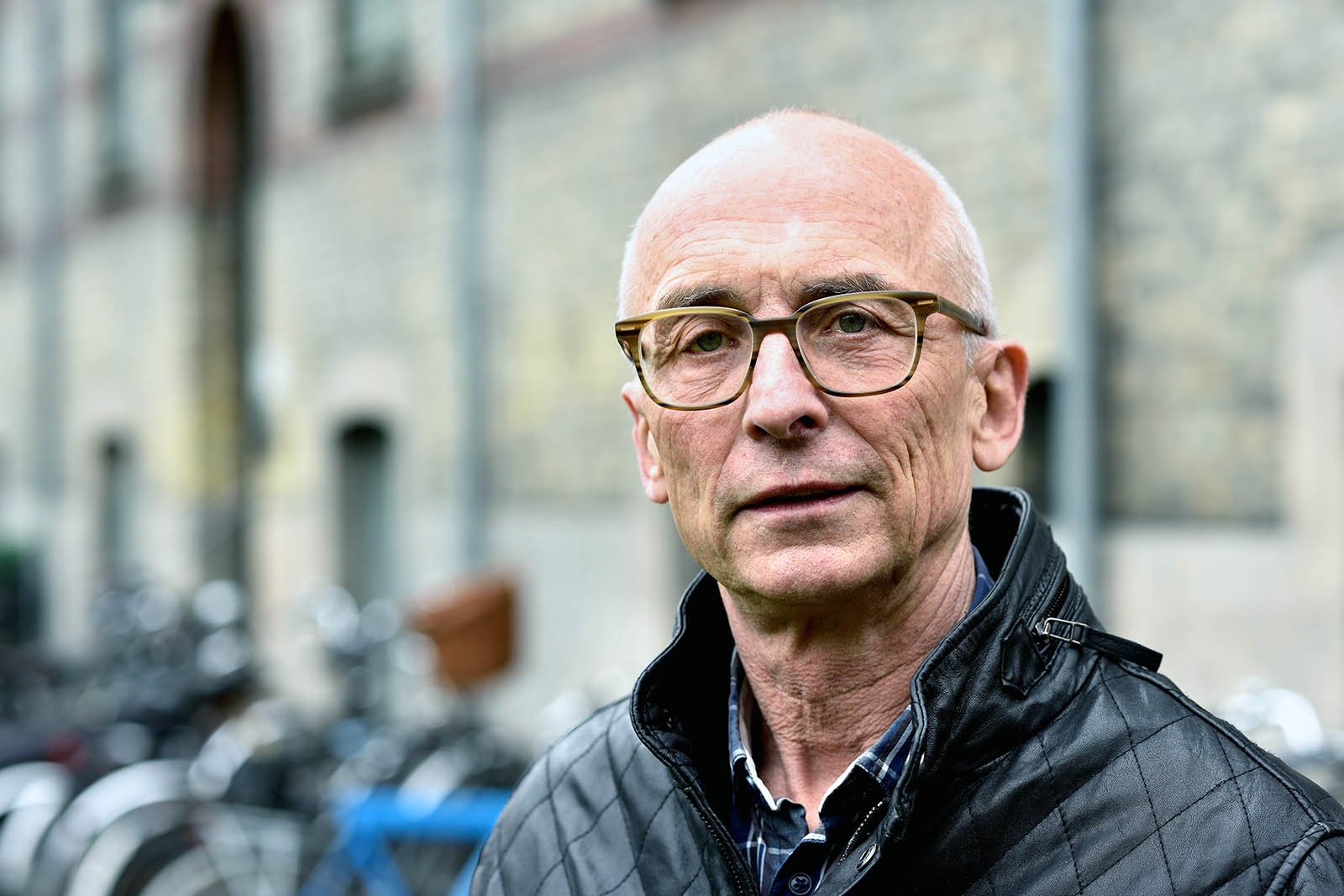 Head of Department Steffen Loft rejects the claim that Associate Professor Dan Meyrowitsch was off limits in his use of other researchers' material on a course for students.
image: Anders Fjeldberg

The debate over circumcision has moved into the University of Copenhagen (UCPH) after an associate professor, who is in favour of the right to circumcise boys, has used the work of a well-known opponent of circumcision to illustrate fake health science and communication on social media.

This can be seen in an article in Kristeligt Dagblad on 12 February 2020.

Associate Professor Dan Meyrowitsch from the Department of Public Health at UCPH used Chief Physician Morten Frisch’s research over many years on boys’ circumcision in a course called Strategies for Health Promotion and Disease Prevention. The course is part of an international education programme MSc in Global Health.

»The students should know that several systematic reviews of the scientific literature on existing studies have been published. They show that what Morten Frisch concludes is not actually the case. It is a question of Morten Frisch cherry picking and deselecting the best knowledge in the field. Knowledge that runs counter to his claim when he communicates his research,« Dan Meyrowitsch said to Kristeligt Dagblad.

Parts of the teaching have taken place in a closed Facebook group, where students have had to learn to argue both for, and against, the circumcision of boys. It is in this connection that students have made use of Morten Frisch.

Chief Surgeon Morten Frisch is an employee of the Statens Serum Institute and adjunct professor at Aalborg University. And he is a declared opponent of the circumcision of healthy boys – a topic that he has dealt with in his research over a period of 25 years. Frisch is also an avid participant in the public debate over circumcision.

Associate Professor at the University of Copenhagen Dan Meyrotwitsch is one of the chairmen of the association Circuminfo, which is fighting against a minimum age for ritual circumcision of boys and a possible ban on the practice.

Dan Meyrowitsch writes that he makes a distinction between scientific malpractice and research communication:

»We are several – researchers, experts and other educators – who have read his (Morten Frischs, ed.) articles and are critical of him. It’s not because I, and others, accuse him of scientific malpractice. That’s not why he is used as a case in the class. It is purely because of his research communication,« it states.

Dan Meyrowitsch states in an email to the University Post that because there have been controversies that have led to misunderstandings, he will not use Morten Frisch as a case in future courses.

The dispute is probably not over, however. Morten Frisch has applied for Freedom of Information access to Dan Meyrowitsch’s course, and says to the University Post that he has not got all the responses he requested.

Head of department: No issue

The course is unproblematic if you ask Dan Meyrowitsch’s head of department at Public Health, Steffen Loft. He says to the University Post that his employee’s approach is beyond reproach.

»Our teaching is intended to develop our students’ capacity for critical thinking on a scientific basis, and to participate in the public debate on issues relevant to our society. And this course element, which is a Facebook-based debate on the basis for a possible ban on circumcision, addresses a societal and health-related problem,« says Steffen Loft.

Loft says that it is no problem that Dan Meyrowitsch is part of the association Circuminfo, as long as he maintains integrity in his courses.

»During the course, students discuss with each other on a scientific basis via a closed Facebook group. It is an exercise in which they are provided with written material with references to English-language articles that illuminate two sides of the same issue. In this case, we have various presentations of the possible risks in connection with circumcision, and this is part of the basis for a discussion on a possible ban. It is then up to the students to discuss the topic with each other on Facebook without the involvement of the teacher,« says Steffen Loft, adding:

»I find that it has a legitimate purpose. And it is certainly within the freedom of methods that our teachers have, even though it is ultimately the study boards that are responsible for the content of the teaching. And I cannot imagine any problem, so in principle I have not been able to find anything wrong with this element of course,« says Steffen Loft.

»The course, as I have described it, is quite neutral. And although some of the references to the English-language articles were authored by Morten Frisch, there is no value judgment in the Facebook exercise as a part of the course. It would ruin the exercise if something was already taken for granted.«

But is Frisch wrong when he has stated in the article in Kristeligt Dagblad that Meyrowitsch’s course is just a smear campaign against him?

»I cannot take a position on Dan’s statements to Kristeligt Dagblad. But I do point out that Dan now finds it unfortunate that he has spoken out in a way that implies the following: As Morten Frisch’s research communication has been included in a case-based exercise on fake health science promotion in a course at the Faculty of Health Sciences, this in itself may give the impression of being proof that this dissemination can be considered fake health science.«

In Kristeligt Dagblad and in other media, the discussion goes on.

defend Morten Frisch in featured comment 26 February »Doctors unite behind proclamation: Who is doing ‘fake science’ in the circumcision debate.«

THE TWO RESEARCHERS IN THE MEDIA IN 2019

18 months ago, Morten Frisch argued that »girls swimming and boys circumcision are aspects of the same issue« – 27 June 2019 on the Berlingske news site.

The four doctors offered several examples of Morten Frisch’s research, which in their opinion is solid, and they conclude the post by writing:

»Yes, Morten Frisch sometimes articulates himself forcefully in the circumcision debate. But he is not the one who is manipulating and distorting science. We cannot accept the gross and baseless accusations against Morten Frisch by Dan Meyrowitsch and Circuminfo.«

This opinion piece had Dan Meyrowitsch replying six days later in the same newspaper that he is not doing ‘fake science’ in the debate over circumcision.

Meyrowitsch referred to a number of scientific studies, and he refers several times to a memo on non-medical boys’ circumcision published by the Danish Patient Safety Authority on 20 February 2020, and which Meyrowitsch writes is in accordance with his and Circuminfo’s communication of the best available knowledge on boys’ circumcision.

Most recently, Morten Frisch and 335 other doctors jointly signed a featured comment on the Politiken news site on 15 March 2020, that went against the Danish Patient Safety Authority’s memo on circumcision. They call it »a politically opportune whitewashing of boys circumcision on a misleading and deficient basis that is well below professional standards.«