Film: Red lights in the sky 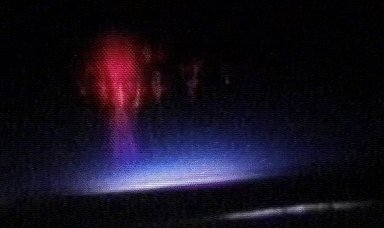 Red Sprites, which last a fraction of the time it takes to blink an eye, have now been caught on camera
image: ku.dk

On Monday you can see the film 'Hundred year hunt for the Red Sprite', a 42 minute film by Peter McLeish, which documents one of the most unexpected and exciting scientific findings in the atmosphere during the late 20th century. Peter mcLeish will also give a talk about the phenomenon

When a weather phenomenon has a otherworldly name like ‘Red sprites’ you would expect it to be something special. And by all accounts, Red Sprites do not disappoint.

They are a recently discovered form of atmospheric lightning and their discovery is so important that one researcher exclaimed it was as if Biology had just suddenly discovered a new human body part.

On Monday you can see a film about the Red Sprites and hear a lecture by the film’s creator Peter McLeish.

See more about the event here.

The first images of a sprite were taken in 1989, and from 1990 to 1994 space shuttles obtained twenty more images.

Faster than the blink of an eye

Despite a number of anecdotal reports from airline pilots, most scientists didn’t really believe in sprites until the first images were captured on high-speed video.

The blink of an eye last 250 milliseconds: sprites often last only ten. Cameras and computer models freeze sprites in time.

The hundred year hunt for the Red Sprite is a 42 minute film by Peter McLeish which documents one of the most unexpected scientific findings in the atmosphere during the late 20th century.

This program shows how the public can become engaged in the search for new thunderstorm-related electrical phenomena. This film also discusses aspects of astronomy, space science and meteorology.

Peter McLeish is a painter, multi-media artist and film maker with a Master’s of Fine Arts degree. He has been developing work and research on science based themes since the late 1990’s. He believes it is important to promote unity, between art and science in order to create a better understanding of the natural world.