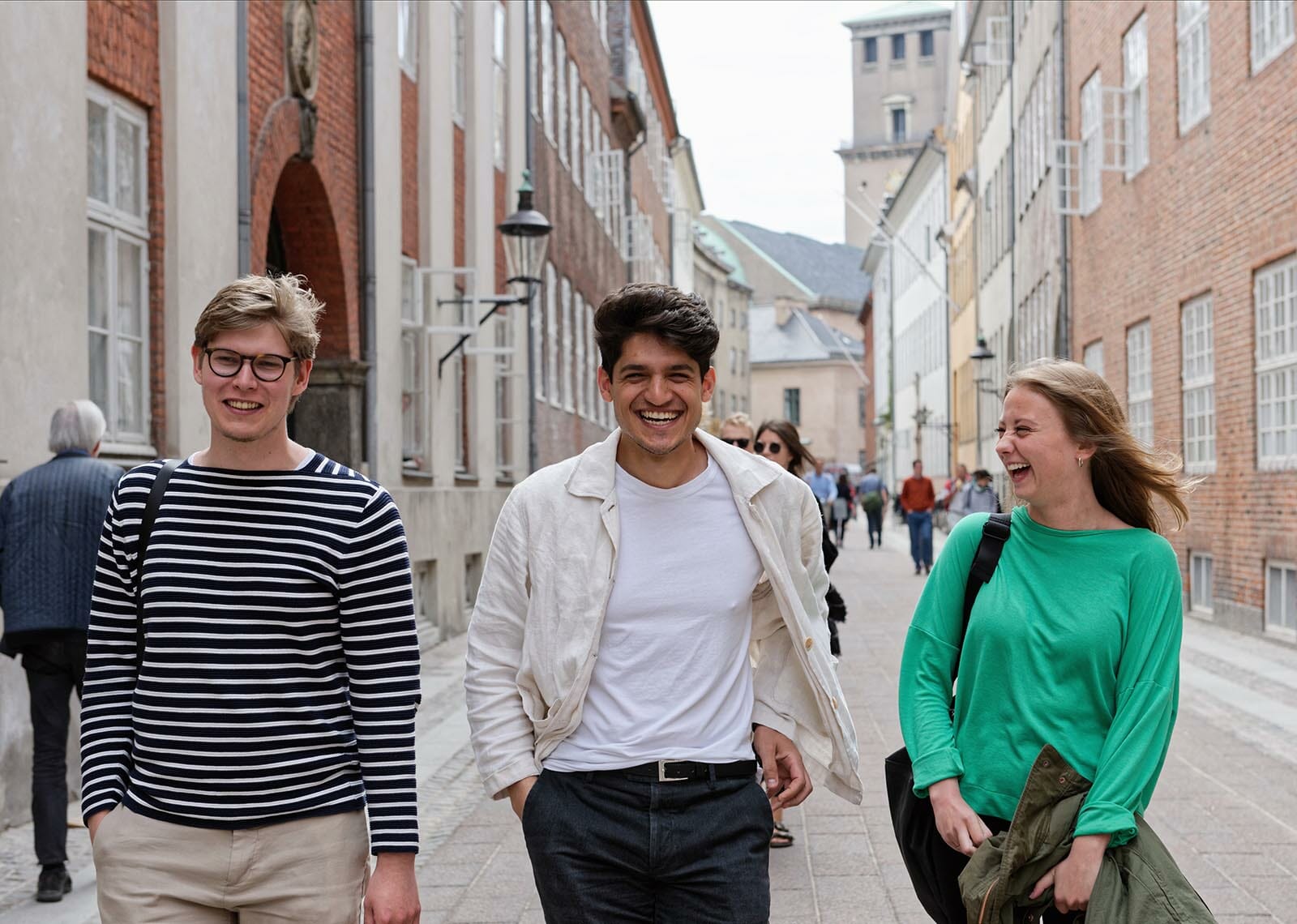 Social heritage — To have, or not to have, academic parents. This makes a huge difference, according to a group of students who have set up a network for first generation scholars.

It is important to have people to talk to who are like you – so you can get a network and have life experiences.

This also goes for university students who do not have parents with an academic education. Parents are normally the students’ most obvious people to talk to – and an access point to networks and experience.

This is why a group of 10-20 students and academics, who generally have no academic parents, have set up a network for first-generation students, FGA for First Generation Academics.

“They can face some unique challenges. They may, in particular, need a network when they have to find their foothold in the labour market towards the end of their study programme,” says Josephine Skouner Ramsgaard (20), who is studying second semester public health science at the University of Copenhagen.

The concept needs to be more widely known in Denmark

Josephine Skouner wants to change the fact that the challenges you may have to face as a first-generation academic are not discussed in Denmark. This is even though half of all academics have non-academic parents.

“If you google ‘first-generation academics’ in Danish, no relevant search results turn up. If you search in English instead, there is a lot, because they have a tradition of discussing the issue in the United States and in the Anglo-Saxon world,” says Josephine Skouner Ramsgaard.

She is spending time and effort to start up the FGA together with Balkiss Ahmad (26), who is studying for his master’s in public health science at the University of Copenhagen and Kasper Ring Madsen (26), who graduated with a master’s in economics at UCPH in March 2018.

They hope that the FGA can replace their lack of experiences and network, relative to students that come from academic homes, so that they can have a more equal starting point.

(The article continues below) 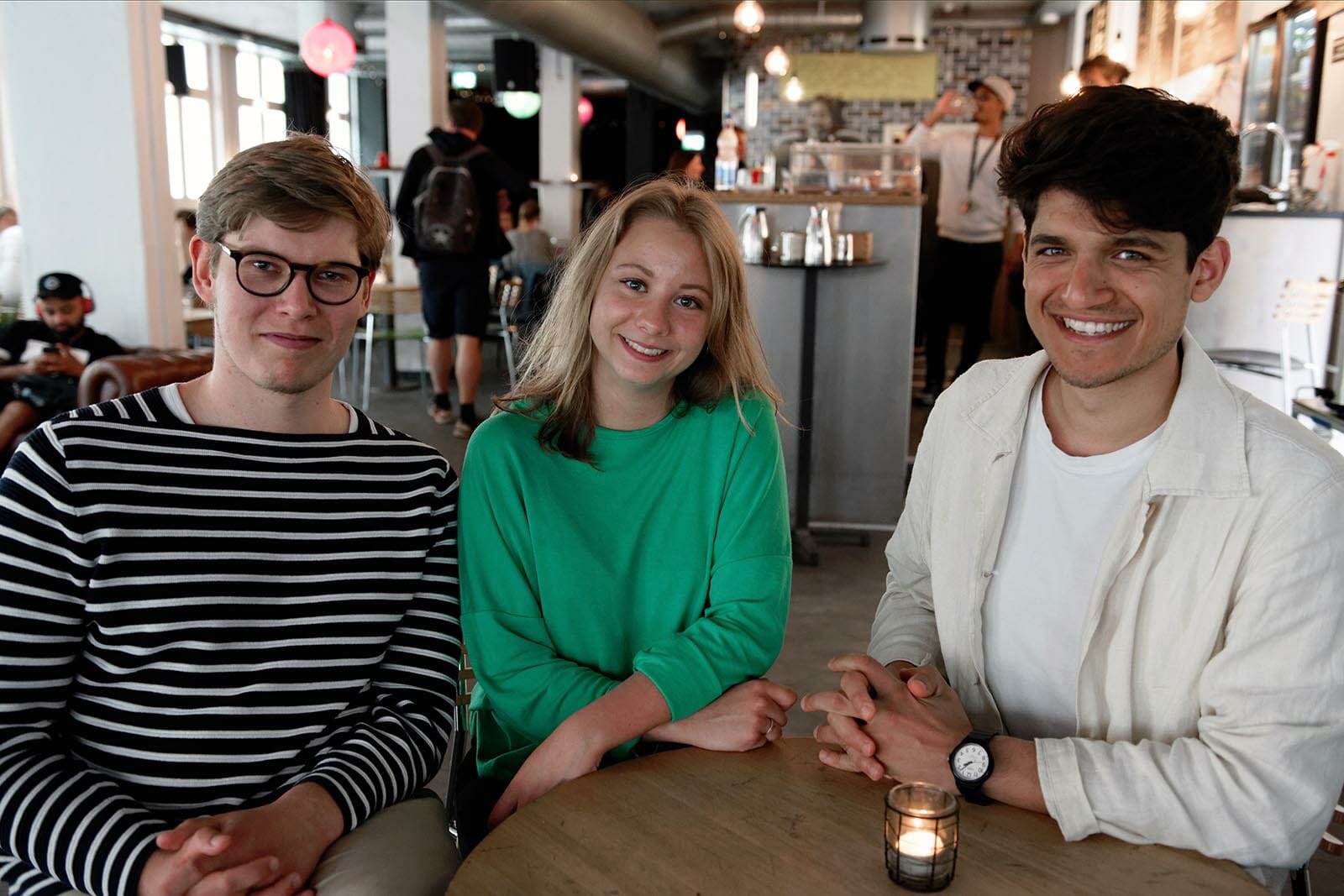 There are currently 10-20 other students from UCPH who are starting up the FGA-network. Soon they would like to see students from other universities.
image: Anders Fjeldberg

They say everyone is welcome in the ‘club for first-generation students’.

You are also welcome, if you have a father or mother who has been to university, because the goal is to create a network for everyone who needs feedback.

Josephine Skouner Ramsgaard, for example, refers to herself as a ‘half FGA’, because her father has a bachelor’s degree. But she sees a role for herself as someone who think it is important to disseminate knowledge about FGA.

The three would like to find out more about what it means for university students that belong to that half of the student body that does not come from an academic background.

The network expects to hold its first general meeting in October when a first Board will be appointed.

Anyone who is interested in being active and taking care of everything from fundraising to PR for FGA, or who wants to help to work out a mission and a vision for the organization, is welcome.

Up to 20 active members have already held a debate at CSS, and they meet once every six weeks as a kind of pseudo ‘board’. They are also applying for grants from foundations and have their own CVR number (39523221).

“There is a lot of research from abroad that shows that if you are able to go home and talk to your family and friends about university, if you have an academic background, it helps you to have clear expectations. This leads to less uncertainty. The same is true when you are surrounded by people who understand what it means to study at university, and what it means to have an academic career,” says Balkiss Ahmad.

Research also shows, he says, that uncertainties during the study programme affect students’ well-being and academic abilities. And there doesn’t even have to be large educational differences between parents and their children before the students face challenges.

Just being a first-generation humanities student who has parents that themselves are academics, but who are, say, engineers, can lead to challenges:

“In such a case, according to the research, you can see that even though it is a family who is academic, the family members do not share the same perception of what a study programme is when the son or daughter comes home to talk about it. Or the same perception of what you should end up working with. So even though you are not a first-generation student according to the rigid definition, you still share almost all of the experience of first-generation students,” says Balkiss Ahmad.

Kasper Ring Madsen is the only one of the three founders that has finished his studies. He holds a degree in economics from UCPH and has been looking for his first job for about two months.

“To get a job, I can see some of the barriers for me as a first-generation university student. Our labour market is moving towards being driven by networks. It is the unsolicited contact to a variety of networks that gets you jobs. I can certainly see that I have trouble keeping up, because my parents did not have an academic background. We are just not acquainted with the different academic networks,” says Kasper Ring Madsen.

Being a first-generation academic should not be something to hide. Quite the contrary

Do you think that it is primarily the network, that the first generation students are missing out on?

“Yes, and this also applies to finding a study-related job during the course of your study programme. We do not have the contacts from friends, acquaintances and parents to draw on and land the jobs,” says Kasper Ring Madsen.

The difference between being a first-generation student and a student that has academic parents is currently not a topic that students like to discuss with their student friends, according to Josephine Skouner Ramsgaard, Kasper Ring M and Balkiss Ahmad.

There are other things that are are not talked about, according to Balkiss Ahmad:

“For many others that I have talked to, the challenges of being a first-generation student are first and foremost from their socio-economic background. It may, for example, be a challenge for them to have parents with little education, or parents with a shorter, non-academic education because they often do not have the same resources as their fellow students with academic parents. This is an issue which, for some, may be too difficult to talk about with others, if they are not in the same situation as themselves,” he says.

In 2013, 73 per cent of all graduates were first-generation students, according to the Economic Council of the Labour Movement (AE) think tank.

It showed, however, that there are big geographical differences. At Aalborg University and the University of Southern Denmark up to 83-84 per cent of graduates were first-generation students.

The FGA should therefore be a network and a meeting point, where this type of conversation is possible, he says. And using this concept, a first-generation student, is important.

The concept enables a discussion, where it would otherwise be difficult or impossible, Balkiss Ahmad believes.

“Being a first-generation student should not be something to hide. Quite the contrary, it is an important part of FGA to teach new students about it. The FGA should both celebrate and support that you are a first generation student,” says Balkiss Ahmad.