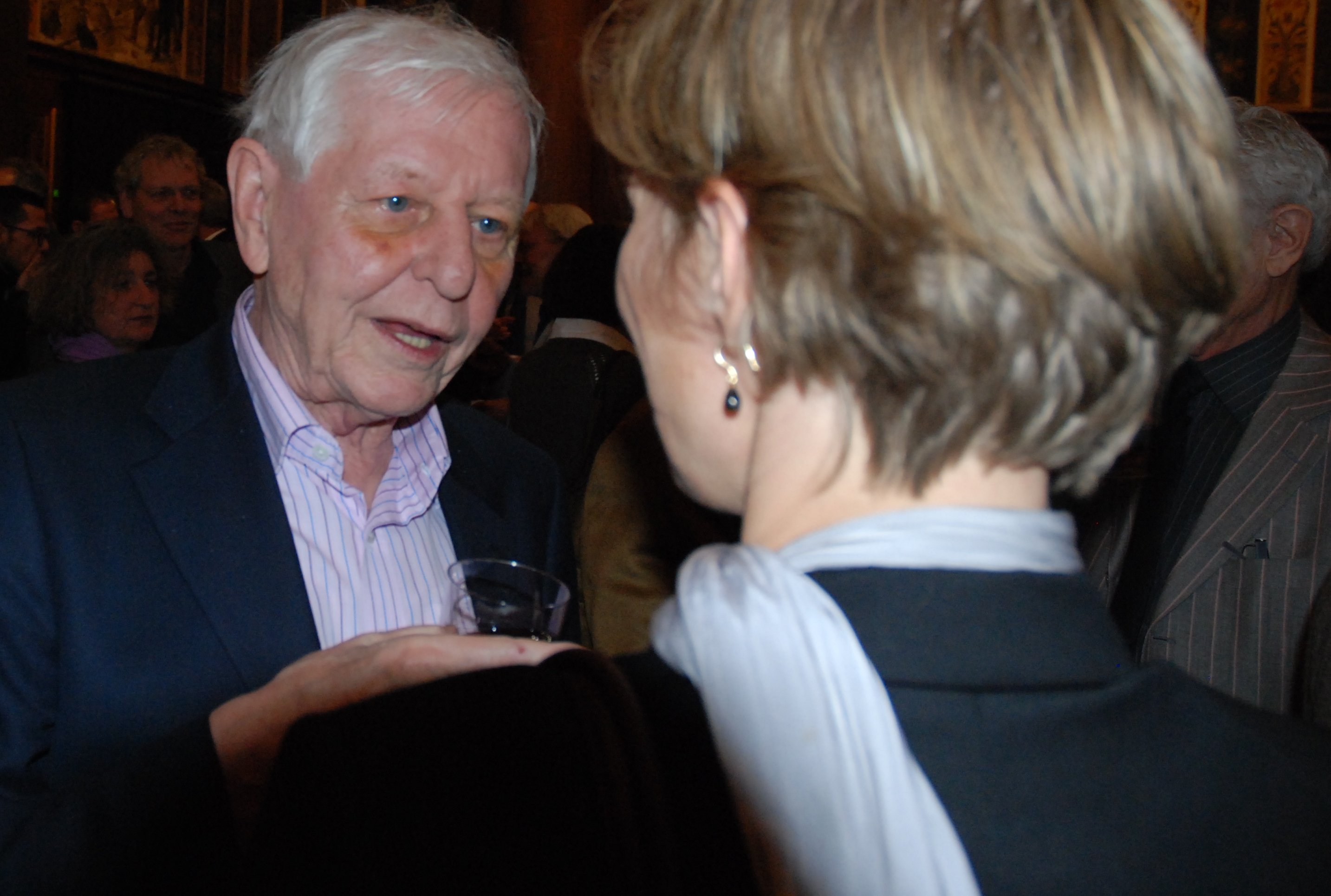 With a broadside at the democratic deficits of European institutions, prize winner Hans Magnus Enzensberger lived up to his hard hitting reputation.

Fellow German thinker Jürgen Habermas once said, that Enzensberger has his »nose in the air,« by which he meant an acute sense of trends in the present time and epoch. At the Sonning Prize ceremony in the Ceremonial Hall at the University of Copenhagen Tuesday, Enzensberger was true to his form.

The Brussels bureaucracy is an authority that claims to want the best for us, he said.

»But instead it sees us as helpless minors without consent, as subjects that have to be convinced,« he said in his acceptance speech – a biting satire against the attempts by eurocrats to sidetrack a better European democracy.

»Every criticism of European institutions is conceived by these people as somehow anti-European,« Enzensberger said. It reminded him of the discourse of McCarthyism in the United States where all criticism was labelled Un-American.

Europeans can proudly look back at more than six decades without major wars, and the modern freedom from travelling restrictions within the EU has been an immense boon to personal freedom, Hans Magnus Enzensberger allowed.

But led by the Council of Ministers and the EU Commission, European institutions consistently lead a secretive, cabinet-style of politics where all decisions are made behind closed doors. Only experts can find their way through the EU jungle of institutions.

»To the executive arm of government this is a state of paradise,« he said.

Not about changing the world…

A paradise where any call for bringing a policy up for referendum sends Eurocrats into a state of panic.

Citing philosopher Odo Marquard, Enzensberger said that European institutions live up to a twisted version of an old dictum.

»It is not about changing the world, but about beautifying it.«

As a thinker Enzensberger is not only known for his biting irony. Also his poetry, itself a reflection and criticism of social life and affairs, was praised at the ceremony, which included an ‘a capella’ choir and the presence of several key government ministers and literary celebrities.

His poem ‘Prozession’ was made into a haunting, multi-layered whispering by the chamber choir Camerata – while another poem ‘Mund’ was mouthed, and almost tasted, in the choir’s subtle rendering of Bent Lorentzen’s setting of Enzensberger’s poems to music.

University of Copenhagen Rector Ralf Hemmingsen started the ceremony by praising Enzensberger for his »unavoidable criticism of the institutions of society«.

Keynote speaker, the literature professor emeritus Thomas Bredsdorff, pointed to Enzensberger’s recent analysis of the European historical roots of Islamic terror, including his concept of ‘the radical loser’.