Get your glitter on! UCPH to Copenhagen Pride 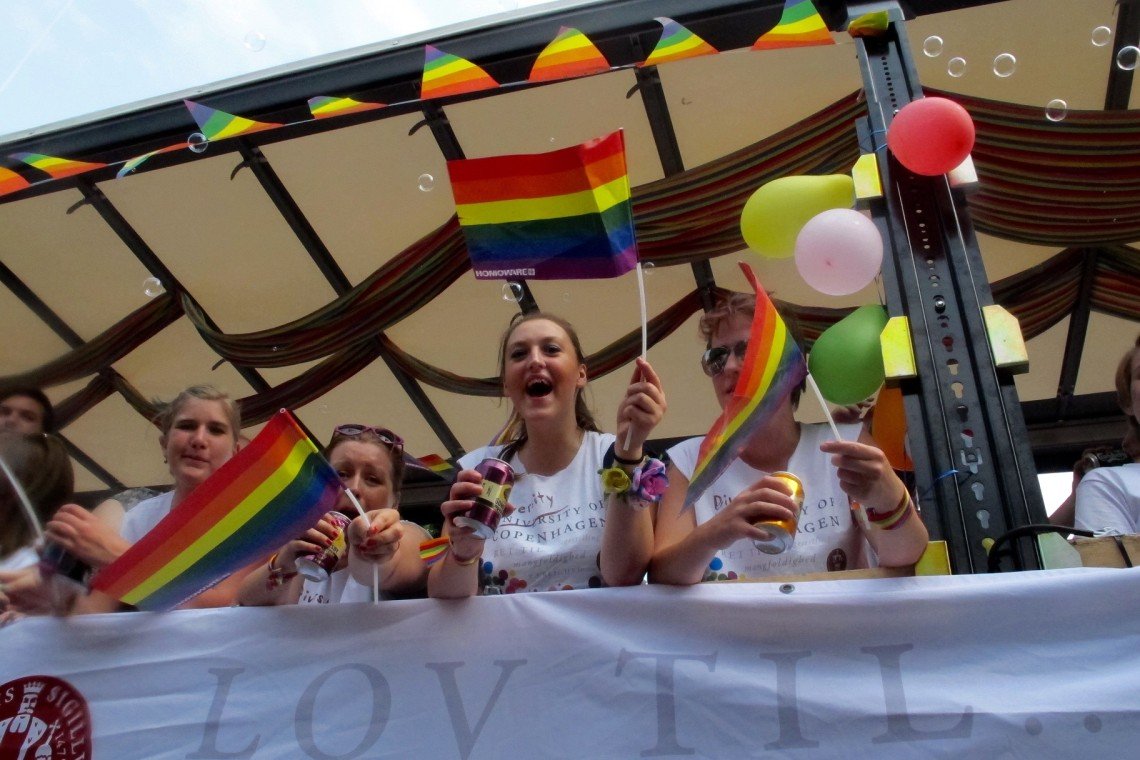 Diversity — Come and help us party with UCPH at the Copenhagen Pride Parade on Saturday, 19th August.

The organizers of this year’s Copenhagen Pride Week call it the biggest and most ambitious programme ever, and they are looking forward to welcoming you when Copenhagen, once again, gets covered in rainbow flags.

This year’s Pride Week begins on the 15th of August and culminates on the following Saturday with the great Pride Parade – an explosion of glitter, joy and old Eurovision Song Contest hits.

Since 2014, UCPH has taken part as a group, and the Studenthuset café is back this year to organise participation. It is free to join UCPH in the parade, but you must remember to sign up here by 18th August at the latest.

The UCPH parade float starts from Frederiksberg City Hall at 13.00 and everyone is encouraged to arrive approximately 45 minutes before departure, in order to get their glitter on. The parade moves from Frederiksberg Town Hall to the City Hall Square and the trip usually lasts about 2 hours. All UCPH participants (and their guests) get a t-shirt and water on the day.

Since 2011, the Faculty of Law has sent UCPH students and employees to the parade, and several years before that UCPH has together with BLUS (Copenhagen LGBTQ students) raised the iconic rainbow flag over the Frue Plads square before the parade.

Up to 200,000 people were on the streets last year to celebrate the Copenhagen Pride parade, which is the culmination of a five-day festival.

Questions about the day and the event can be directed to Jakob Ørum at jas@studenterhuset.com