Guests cheated by canteen: 10 per cent extra on scales 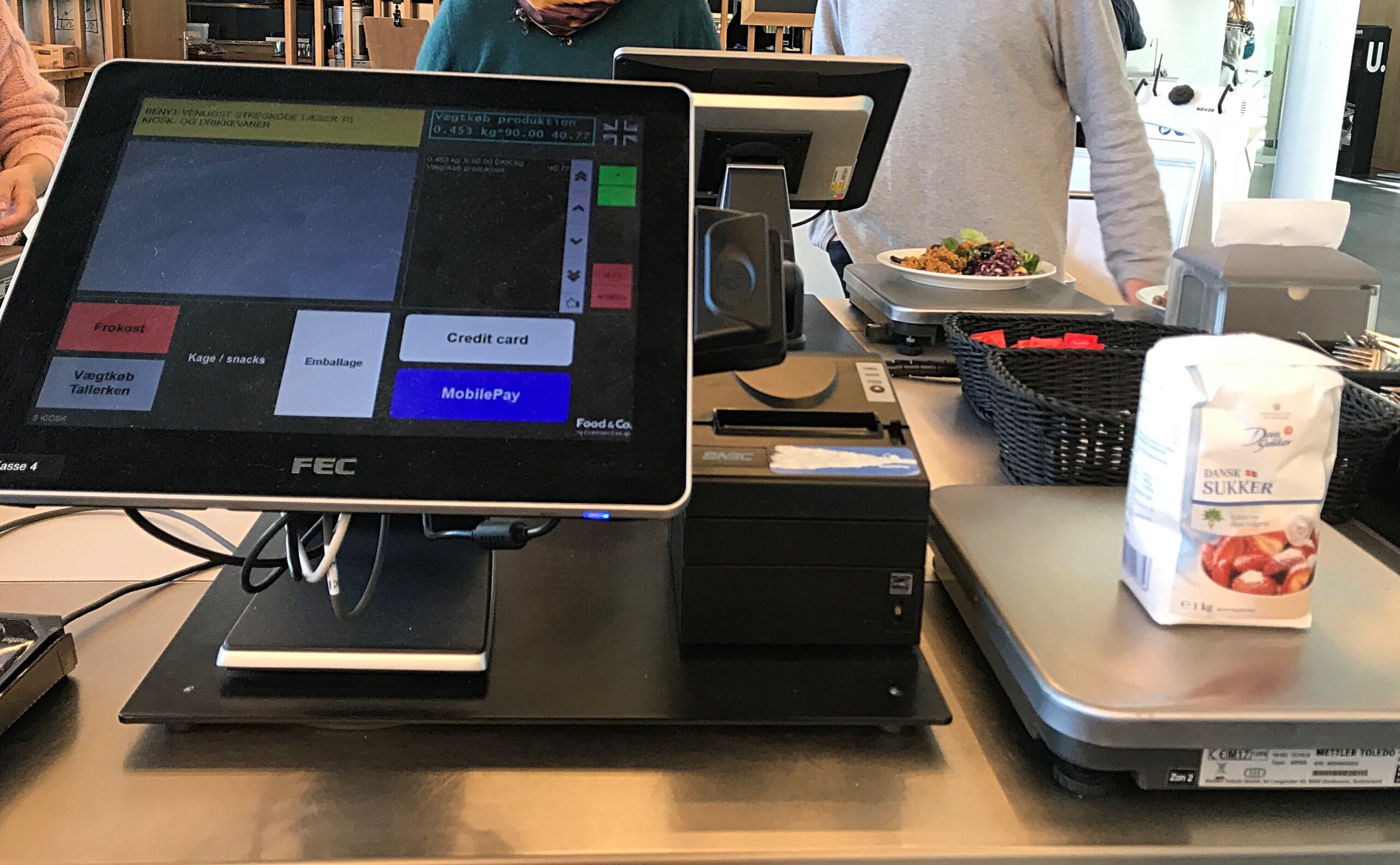 In the Humanities canteen at the South Campus, 100 grammes should cost DKK 9. The plate (600g) is deducted from the calculation, because the plate is, of course, inedible. A kilo of sugar excluding plate should therefore cost a total of DKK 36, but it actually costs DKK 40.77.

In many of the canteens at UCPH, food is sold by weight – but in the canteen in building 23 at the South Campus, customers risk paying 10 per cent too much if they pick the wrong set of scales.

Which weighs the most, a kilo dal or a kilo Spaghetti Bolognese? A kilo is a kilo of course. But it depends on which scales you use at the HUM canteen in building 23 on the University of Copenhagen’s (UCPH) South Campus.

Here, like most UCPH canteens, you have to weigh your food before paying for it. But choosing the right cash register, or more specifically the right set of scales, can save you money – as they are not all calibrated the same.

Could end up paying too much

A few employees from the IT department at UCPH discovered this discrepancy. One of them, sees the calibration error as unfair.

»It’s expensive enough to have lunch here,« he says. »And then we find out that we’re also at risk of being overcharged.«

One of their colleagues discovered he could save DKK 12 on his lunch by choosing one set of scales over another, even though he put the same amount of food on his plate. He relayed that information to his colleagues, and it became an open secret at the department that you should go for the scales on the left, not the ones on the right, when buying lunch.

In fact, there is a price difference of as much as 10 per cent between the two sets of scales, the University Post has discovered. A kilo of sugar costs DKK 36.45 according to the cheaper scales, compared to DKK 40.77 on the most expensive (and DKK 36.90, DKK 37.08 and DKK 40.05 on the remaining scales).

This means that you could end up overpaying by DKK 20 a week if you eat at the canteen five days a week, and DKK 80 a month is a substantial amount for a student living on an SU grant.

For our source at the IT department, it is also a matter of principle:

»A kilo of food should damn well cost the same on all scales,« he concludes. »It’s called fairness.«

We went to the canteen with a kilo of sugar and weighed it on all the different scales without a plate. It should cost DKK 36, but it costs DKK 40.77 on the most expensive weight and DKK 36.45 on the cheapest.

»Is this something you have brought to our attention previously?« asks Laila Bjerregaard.

No, that is what we are doing now.

»If you discover a problem like this with the scales, you should let us know, because we calibrate the scales and make sure they are correct, and check to see that everything is as it should be. We’re not interested in cheating anyone at all.«

Do you think the problem is still there?

»It was checked yesterday (28 October, ed.). I went over there myself to check that there were no problems with the cash registers.«

So there’s no problem now?

»We already have some strict procedures in place, but I’ve started a new procedure to check up on the scales daily. We’re not interested in cheating anyone. But we also need people to let us know if there’s something wrong with the cash registers.«

The University Post went back to the canteen on 9 November 2021 and can confirm that the scales are now calibrated correctly.