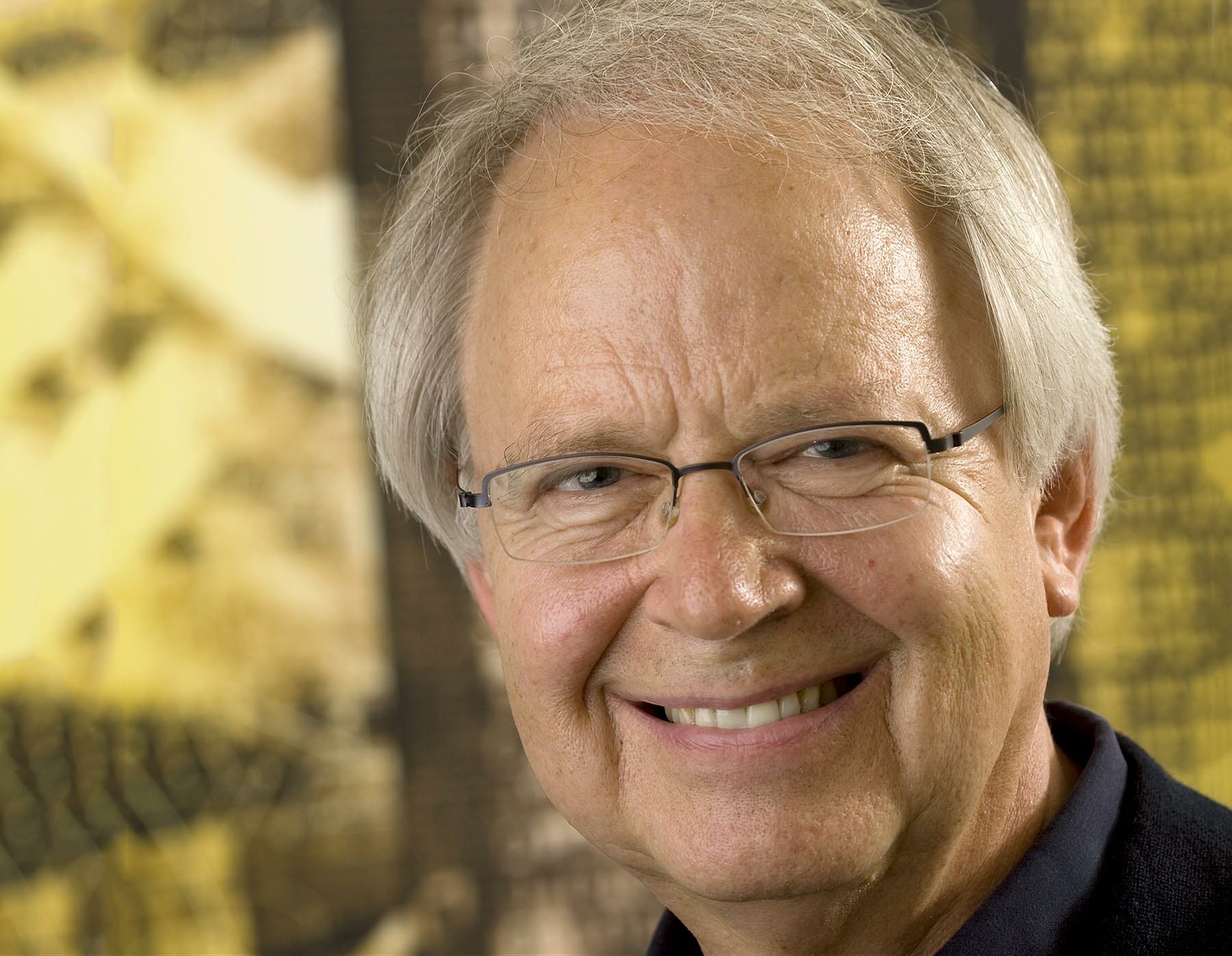 Communication - "You have got to want to adapt and be inclusive. Just as if you ask a classic Rachmaninov virtuoso to play a catchy tune,” says Oluf Borbye Pedersen about communicating complex science to TV viewers.
image: Københavns Universitet

Navne — UCPH professor Oluf Borbye Pedersen wins the research communication Forskningskommunikationprisen for his enthusiasm in communicating his research into the countless health-friendly gut bacteria. The prize was awarded on 20th April by Minister Søren Pind.

Adult humans have about 50,000,000,000,000 bacteria in the intestine. Ten years ago, scientists did not know which ones they were, and their purpose was shrouded in uncertainty, because the majority of bacterial species cannot be grown in a petri dish in the laboratory.

However, professor  and a number of fellow researchers at home and abroad have shown, with DNA-based techniques, that the intestinal bacteria constitute a community in themselves that appears to be of great importance to our health and to the risk of a number of diseases.

Borbye Pedersen is the recipient of the year’s , which he receives for his engaging dissemination to the general public of his field of research. He does this in interviews for radio, newspapers and TV; lectures, featured articles, books and museum exhibitions. The communication is based on his more than 800 scientific papers.

Oluf Borbye Pedersen and his research colleagues examine whether the new findings in the chemical factory of the gut flora can contribute to the future prevention and treatment of complex diseases such as diabetes, obesity, cardiovascular diseases, schizophrenia, sclerosis and anorexia.

· The research communication prize is awarded annually to a researcher who, through his/her communication, is able to raise wider awareness about his research.

· The Minister for Higher Education and Research awards the prize during the Festival of Research on the basis of a recommendation from the Danish Council for Independent Research (DFF)| Culture and Communication that evaluates the submitted nominations.

· The candidates nominated are assessed in the light of the following criteria:

· The ability to engage audiences outside the scientific community while maintaining a high level of professionalism in research and dissemination.

· The ability to communicate in an inclusive and dialogical manner, thus contributing to a positive interaction between science and the rest of society.

The award ceremony took place at a debate event on how to get more scientific facts into the news media and qualify the public debate. Minister of Research Søren Pind ran the show. About Oluf Borbye Pedersen he says in a press release:

“Behind the many thousand hours in the lab are many important stories that can excite, make us smarter, and give us new insights. It is important to get new knowledge out to us all. Oluf Borbye Pedersen is a first-class example of a researcher who actively makes an effort to get his research findings out to the general public. Today we pay tribute to his great work. ”

“I am very grateful and pleased with the recognition. In fact, I think that the dissemination of scientific insight to the ‘Danish family’ should be a natural part of the work of any scientist. But it is not always straightforward to move out of your professional comfort zone and use a non-scientific and perhaps simplified language to entice the listener/reader into an enchanting, but extremely complex scientific universe. “You have got to want to adapt and be inclusive. Just as if you ask a classic Rachmaninov virtuoso play a catchy tune,” says Oluf Borbye Pedersen about communicating complex science to TV viewers”.

The prize was awarded on 20th April.